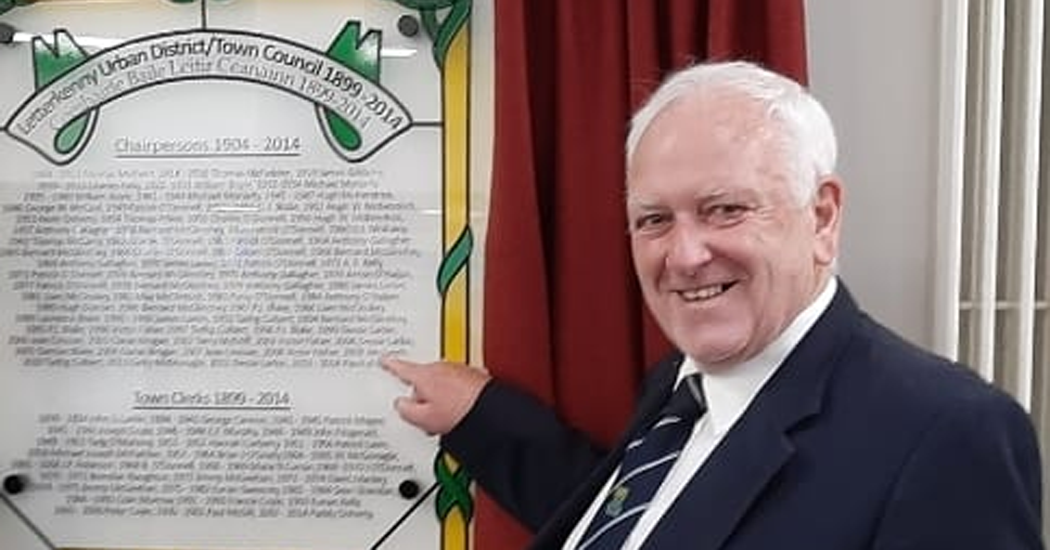 Tributes have been paid to the late Jim Lynch, who has been hailed as a man who always had Letterkenny in his heart.

A minute’s silence was held at today’s Letterkenny-Milford MD meeting in memory of the former town councillor and former Mayor. It was the first meeting of municipal district councillors since Mr Lynch’s sad passing in September.

Mayor of Letterkenny-Milford Cllr Donal ‘Mandy’ Kelly, who is a nephew of Jim’s, led the tribute.

“He dedicated his life to the people of the town,” Cllr Kelly said.

Cllr Kelly highlighted Mr Lynch’s many achievements in terms of the improvement of life in Letterkenny and the celebration of the town’s history and heritage.

Mr Lynch was first elected to the Town Council in 1985 and remained in his seat undefeated until its abolishment in 2014. He was elected as Mayor in 2009.

He was a driving force behind the restoration of the Letterkenny Cathedral Quarter and the recent literary festival was held in his memory.

Condolences were paid to Mr Lynch’s family from each elected member of the Letterkenny-Milford MD and Director of Services Liam Ward today.

Cllr Ciaran Brogan, who served with Mr Lynch since 1999, said that Jim was one of the experienced politicians who were in the ‘premier division’ at the time that put Letterkenny where it is today.

“There was no doubt that he had the betterment of the town at his heart,” said Mr Liam Ward.