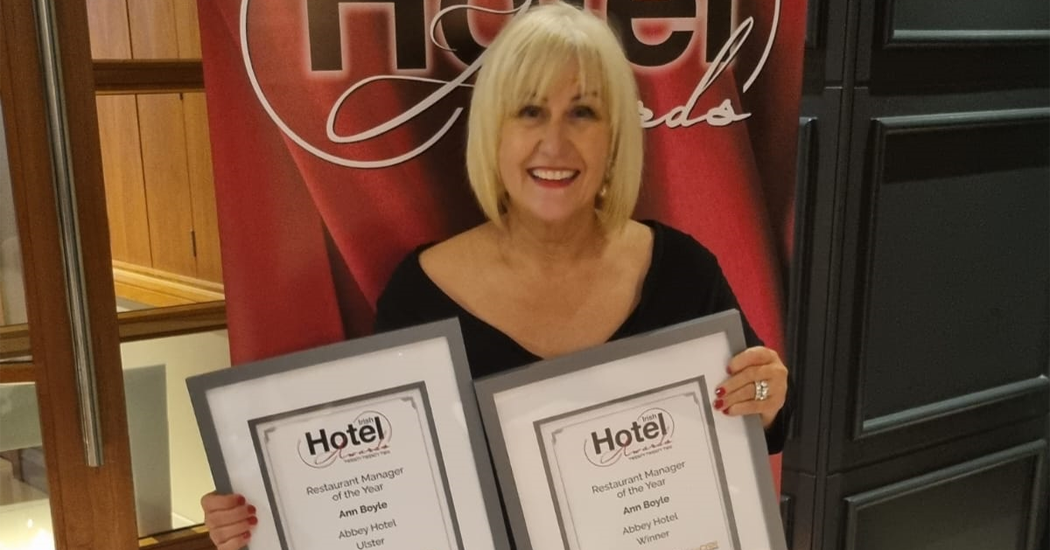 The Abbey and the Central Hotel in Donegal Town are celebrating multiple wins at this year’s Irish Hotel Awards.

The Abbey Hotel and Central Hotel had been shortlisted in a number of categories after their recent mystery shoppers visited them from the Irish Hotel Awards Judges.

It was a great night of celebration as the Abbey Hotel scooped 4 Awards to bring home & the Central Hotel collected two awards.

*Ann Boyle Restaurant Manager of the Year in Ulster 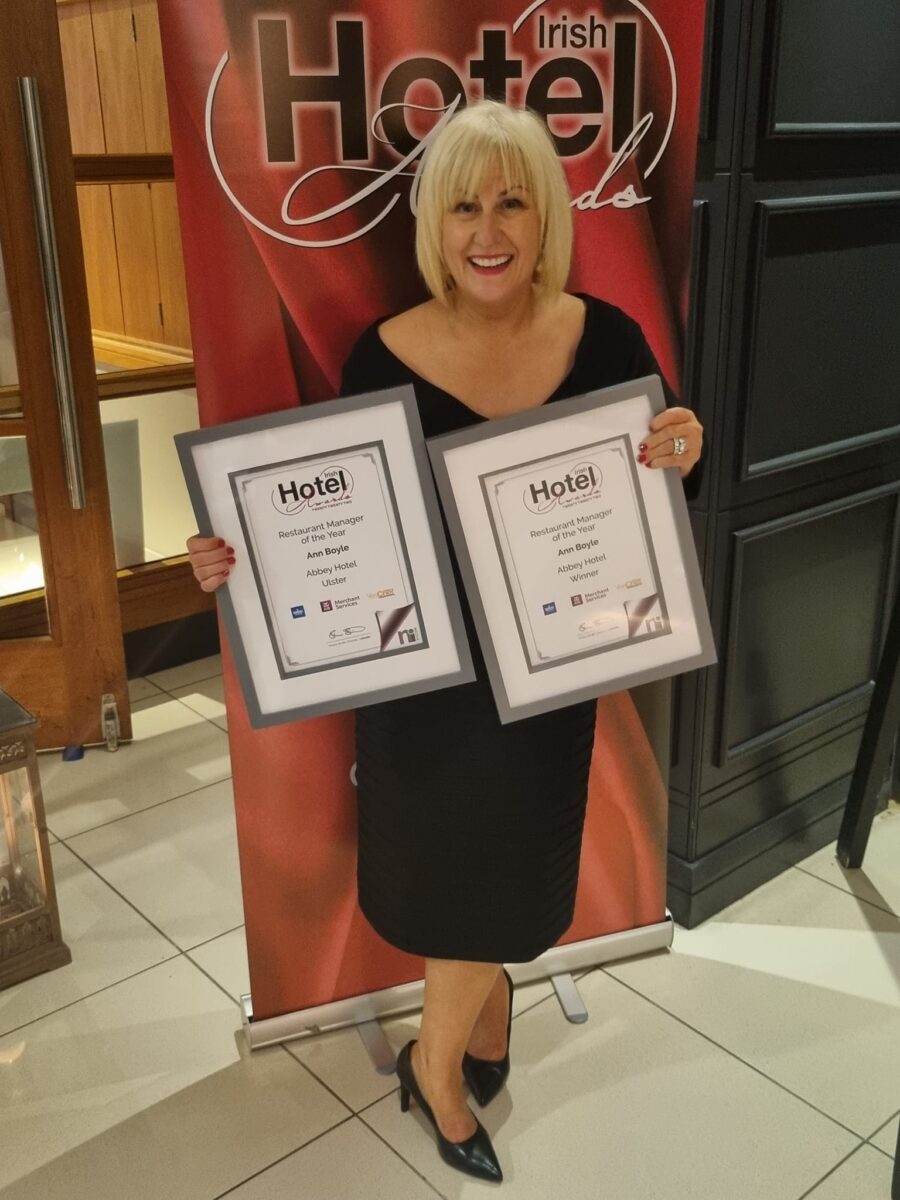 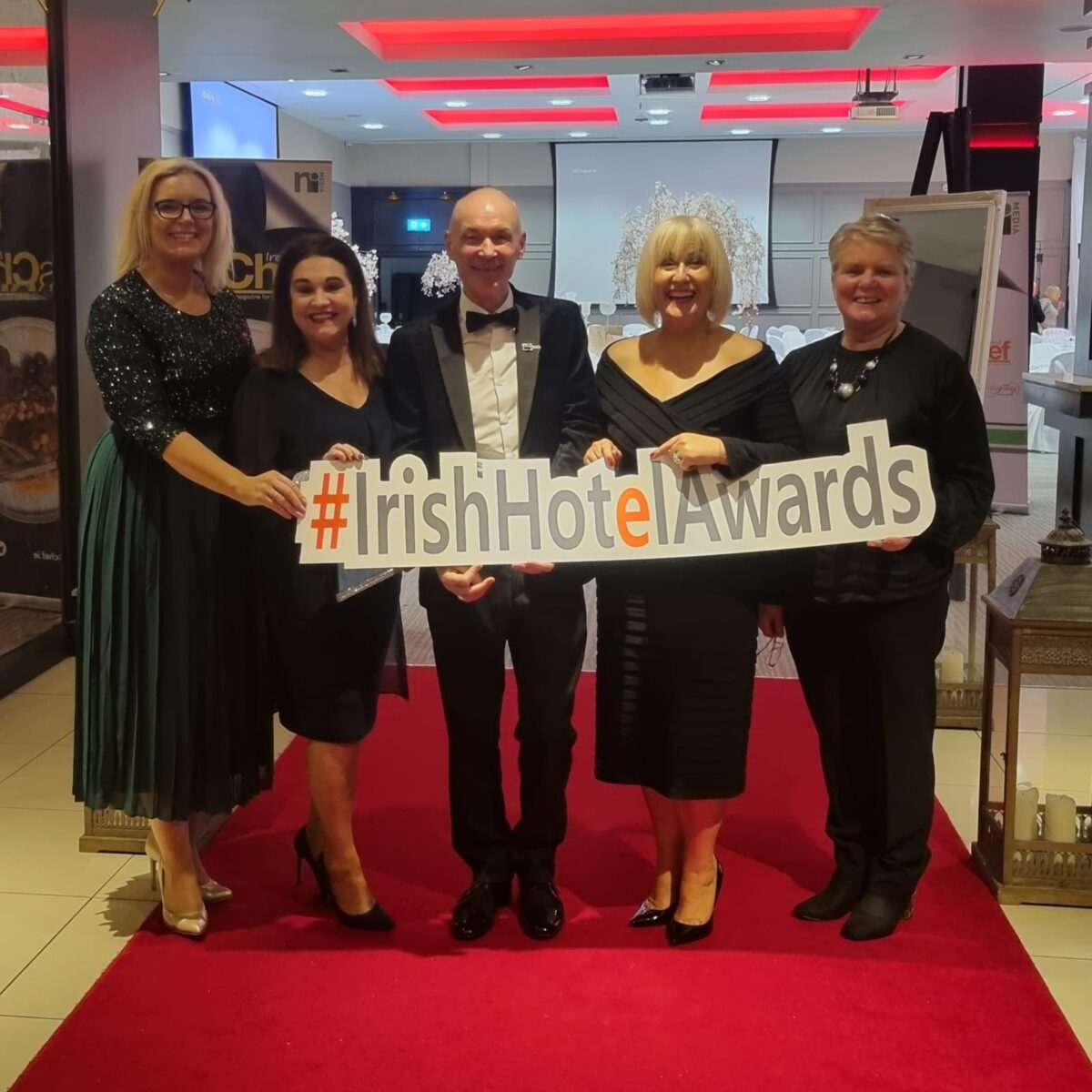 The Central Hotel was awarded:

* Family Hotel of the Year in Ulster

* Excellence in Service in Ulster 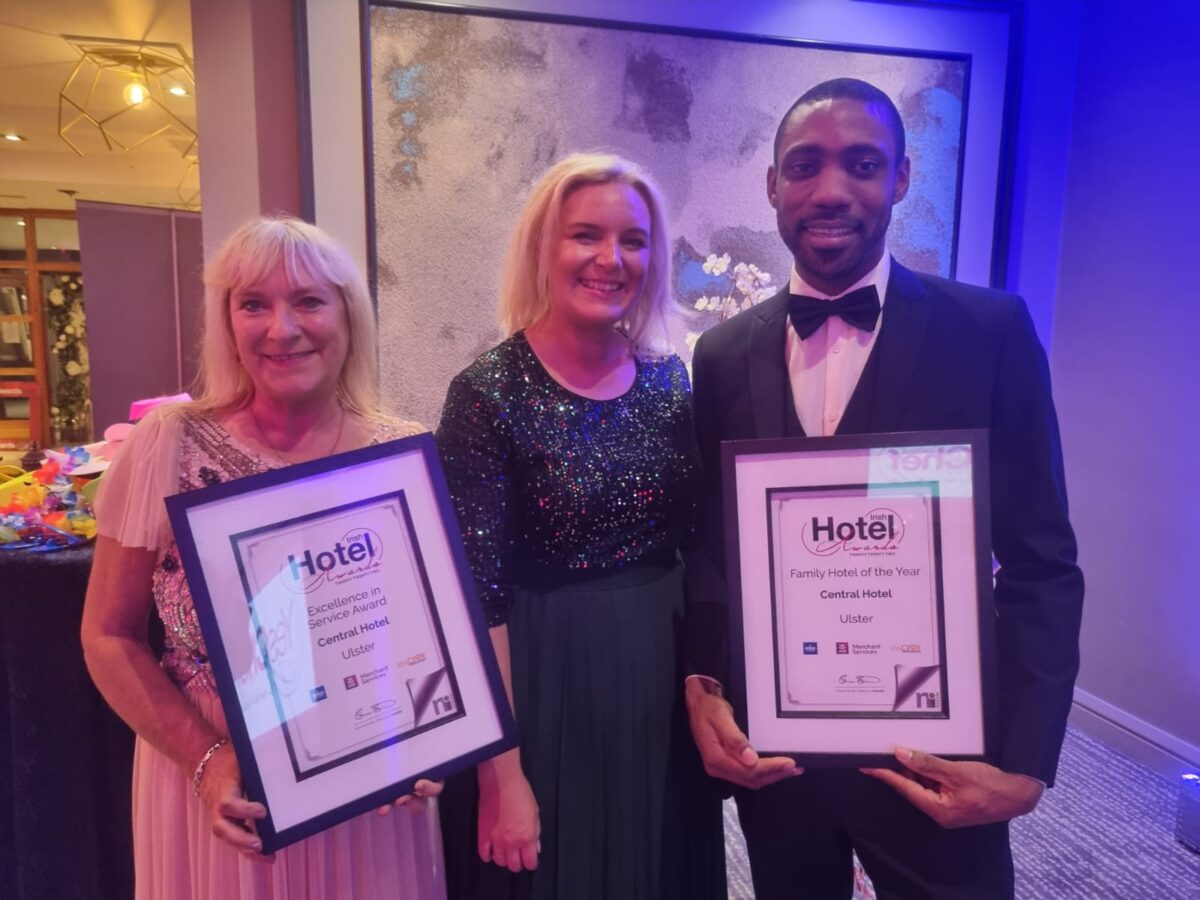 The Awards are a reflection of the fantastic teams within these Iconic Hotels in Donegal Town both part of the Donegal Hotel Collection.

Speaking on behalf of the hotel’s Sales & Marketing Manager Elaine McInaw said: “Thanks to Irish Hotel Awards for recognising our fabulous teams in both the Abbey Hotel and Central Hotel, it is the wonderful employees who continue to deliver service excellence to our loyal guests and for that we are so thankful and are extremely proud of our wonderful hotels here in the heart of Donegal Town.”