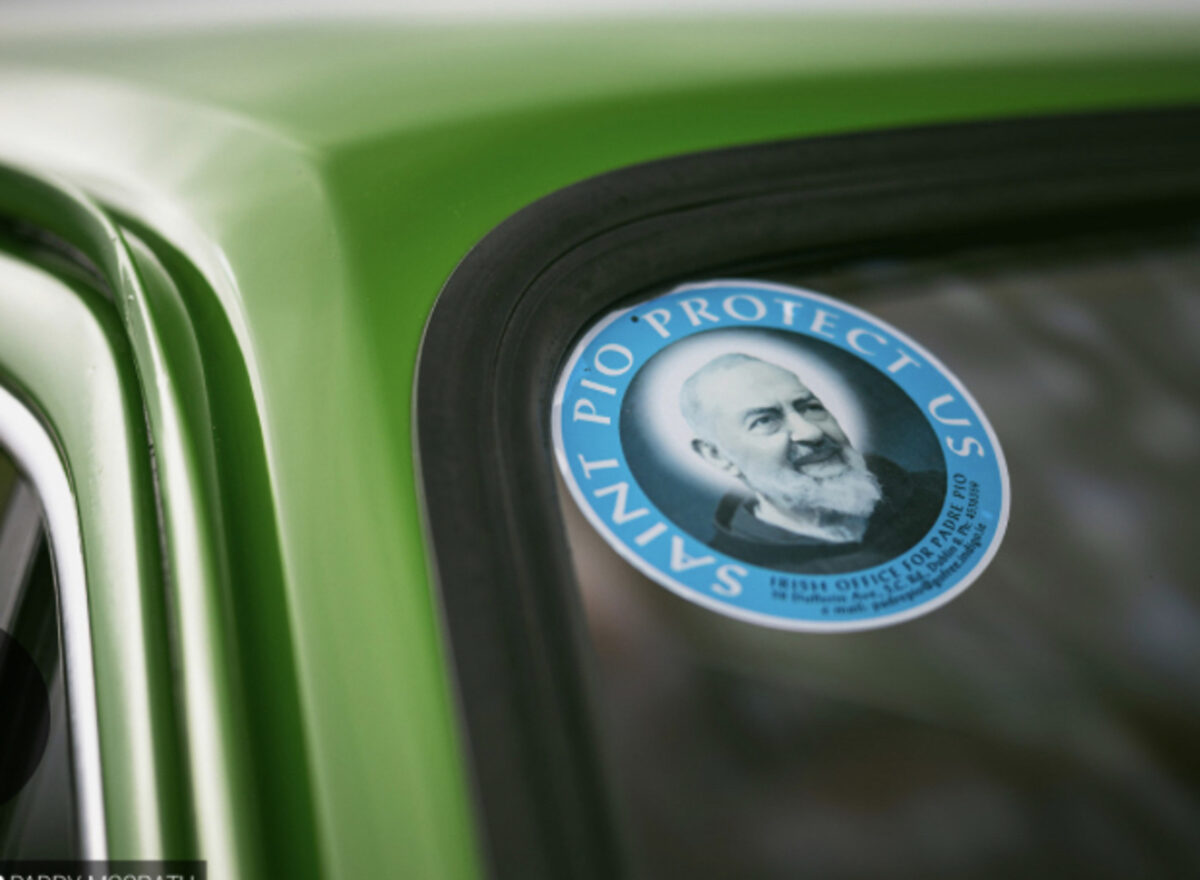 A week before the time changes and we lose an hour of daylight before the evenings close in, two letters made their way through the front door of my workplace at the foot of the town last week.

One getting me ready for the road ahead and one to mark the end of a journey.

In a time now when everything is digital, and the sound of a letterbox snapping closed after a letter is pushed through it, has now been nearly replaced by the ping of a mobile phone or a computer.

I always feel that I have been out of a month’s road tax when I look at my tax disc which arrived by post over the last few days.

I’m covered until the end of September 2023 and my current tax is up at the end of the month.

When I started out driving many years ago, road tax was hit a miss.

A few even used the old Padre Pio round window sticker and prayed that the guards would take pity on you!

Back then, you were always trying to skip a few months and getting your local garda station to stamp your form to say your car was off the road.

Now that has become nearly impossible to do.

One thing that never has changed is that, as soon as you get your tax up on the window and even after you pay the arrears, you never seem to be checked at check points until it runs out again.

I know that some of the Traffic Corps can check your cars tax , insurance and NCT by running your number plate through their onboard cameras.

But the regular checkpoints, even in lockdown, I never seemed to have my road tax disc on the window checked until it had run out!

There were so many journeys planned when I taxed the van last year.

But as the year rolled through, different things came up that prevented the possibility of follow through on some of the things on the list.

Over 27,000 kilometres have notched up on the wee Berlingo van.

It has been trouble free and as I wait to replace the old tax disc with a fresh new one, I’m already making a wee list of journeys and road trips for the year ahead. 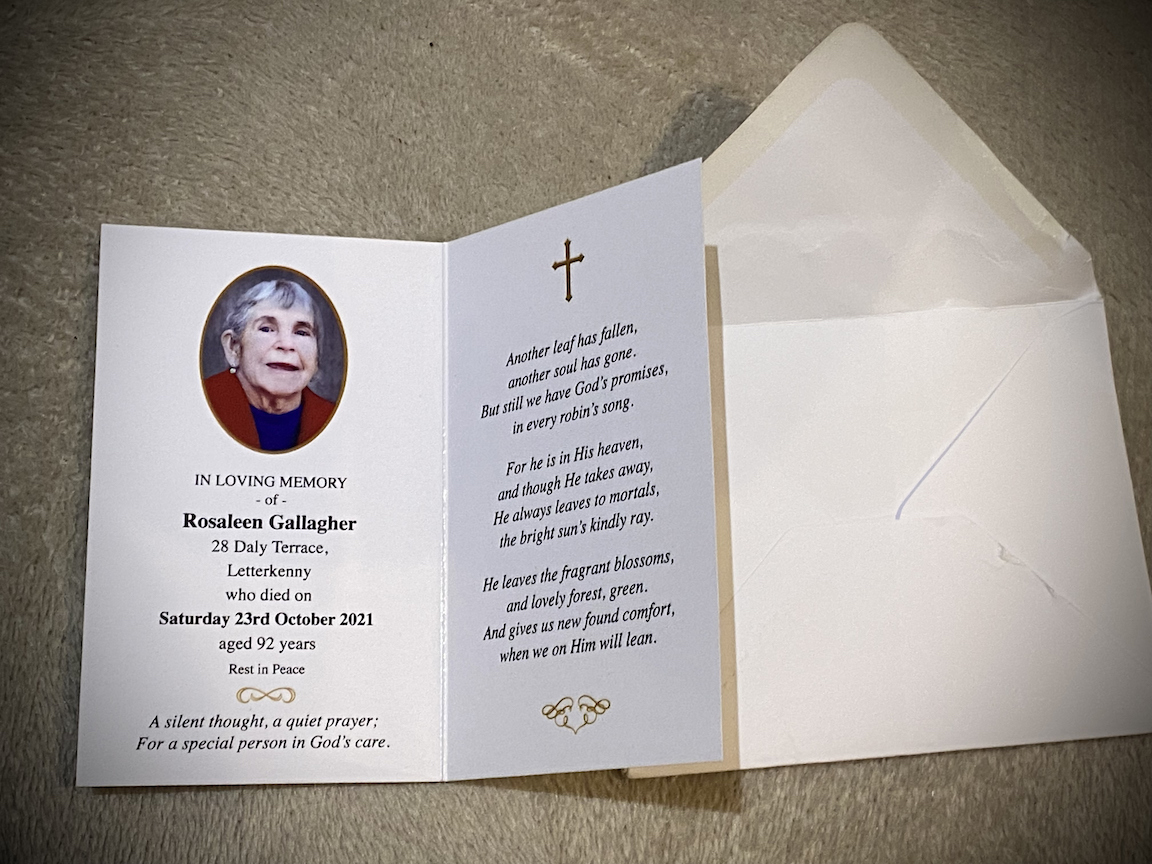 A memorial card remembering a family member, Rosaleen Gallagher, received on the 1st anniversary of her passing. Photo Brian McDaid.

On the very same day last year, I had two cousins pass away on the same morning.

A year to the day, Saturday, I got a memorial card hand delivered from a nephew of one of the deceased, Martin.

A lovely picture of his Aunt, with the inscription read: “Rosaleen Gallagher, from 28 Daly Terrace, Letterkenny, who died on Saturday 23rd of October 2021, aged 92 years, Rest in Peace.”

The memorial card was hand delivered three dwelling doors over at the foot of the town to what once was my granny’s house, now my studio.

It was delivered by Martin who, along with his brother Anthony, looked after his aunt in their home.

Martin stood in what once was my granny’s sitting room and we reflected on how he couldn’t believe that a year had passed.

We talked about Rosaleen’s  passing and also about another cousin of mine on my fathers side, Shaun McDaid, who passed away on the very same Saturday morning. Shaun was only 57.

He worked in Letterkenny University Hospital, and Martin recalled how Shaun would always call in on Rosaleen in hospital on his rounds to see if she or her extended family would need anything.

Shaun had called in to see Rosaleen on the Friday before he finished up for the weekend.

Little did we know he would pass away suddenly the very next morning. 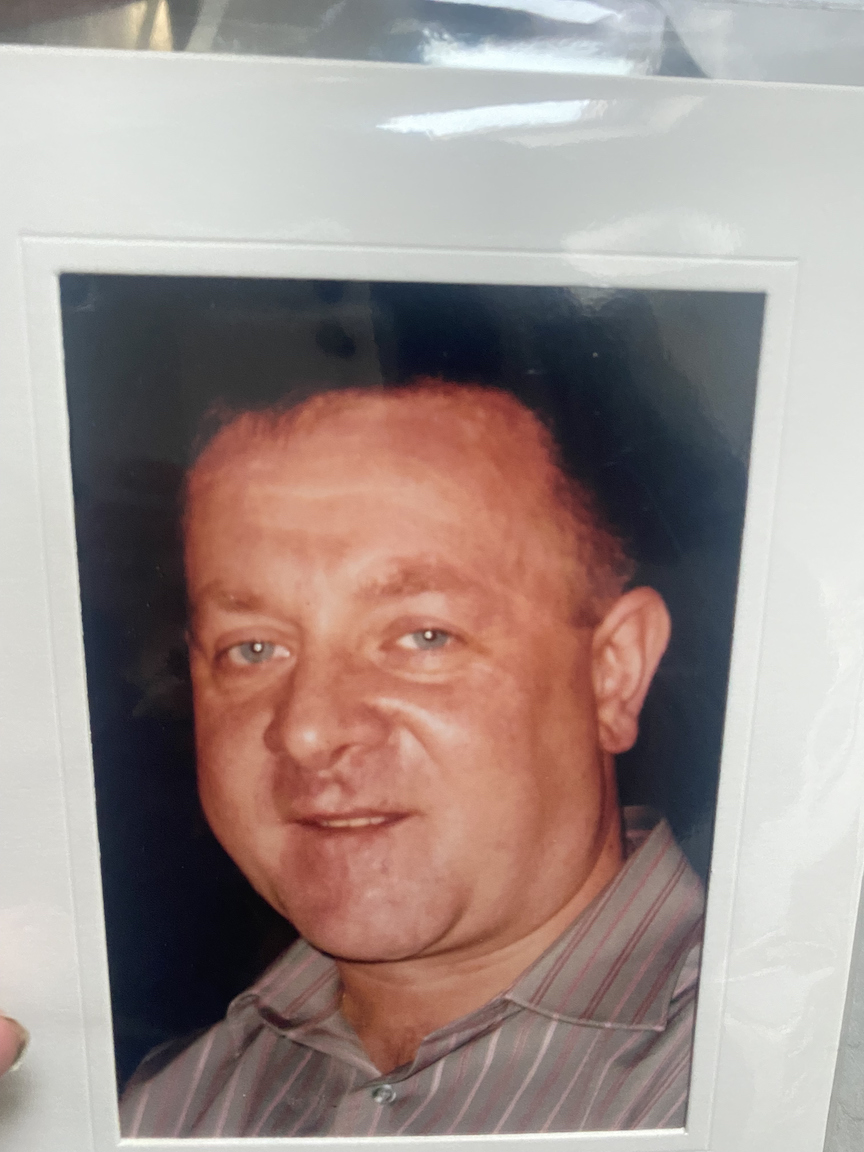 The late Shaun McDaid who passed away a year ago last weekend.

There was something very special getting that wee memorial car hand delivered last Saturday on the first anniversary.

Another cousin up the back road, Brigid, had received a card too.

Over the last year, I see Martin most days on the road walking out to his aunt’s grave in Conwal.

I see him when I’m in the van. Both journeys pass by the old family gatehouse on the Conwal side of Ballymacool lawn which is now derelict.

Our great grandparents lived in that wee house and raised a big family in what we called the outer lodge.

John was the gardener and his family all did gatekeepers duty in the era when the Boyd family owned Ballymacool house.

Part of the lawns that our great grandfather looked after are now part of the Ballymacool Town Park.

Martin was a regular sight leaving the home on Daly Terrace, heading over the town pushing his aunt Rosaleen in her wheelchair as he went to do a bit of shopping in Dunne’s Stores.

Now, on most days, Martin turns right and takes the long walk out Ballymacool heading past the outer gate lodge on his way to Conwal Graveyard to visit his mother and her sister’s graves.

Rosaleen in her wheelchair always  reminds me of my own childhood memories of Granny Coyle, also wheelchair bound, in the sitting room of what is my workplace now.

The two envelopes arriving in the door – one very official and formal making it legal for you to be one the road and the other very personal reminding you of your bigger family circle still living around you.

On the Thursday night before at St Eunan’s Cathedral it was the anniversary mass for Shaun.

Celebrated by Fr.  Kalameera, it was a time to reflect on how fast time moves on as we carry our memories on in our everyday life.

Thinking of Shaun and Rosaleen and both their families on the first anniversary of their passing.