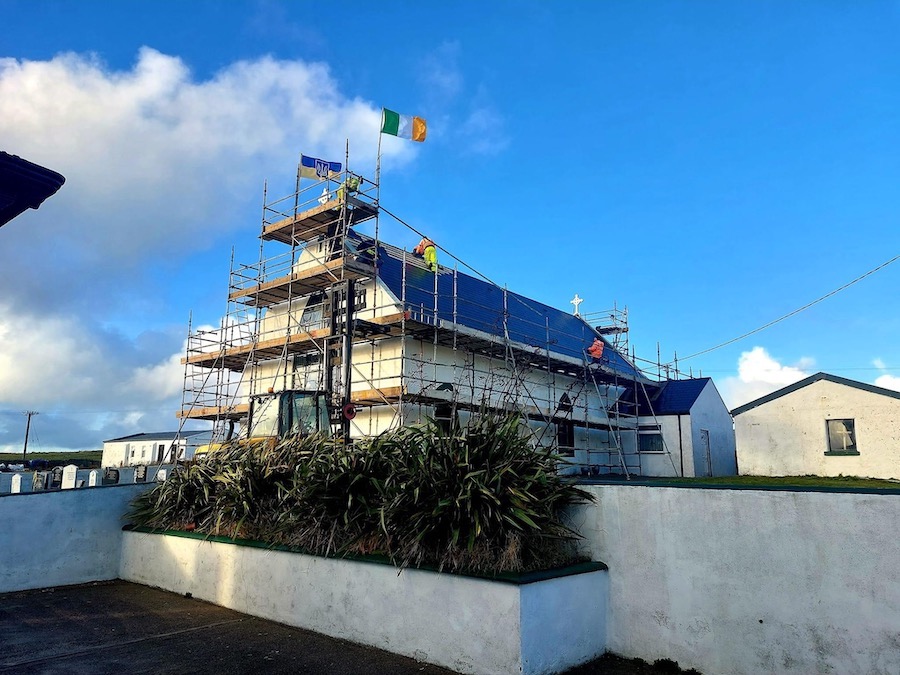 Islanders on Tory have made a fascinating discovery while replacing the local church roof.

The last time the roof on Teac Poball Naomh Colmcille was replaced to shield it from the elements was 1971.

But in recent days a group of islanders as well as Ukrainian guests took to the roof to replace the tiles.

All the work was carried out by the local community through local volunteers.

Upon stripping away the old tiles and checking the wooden joists the repair crew made an amazing discovery.

They found writing on the wooden beams, many of them in the names of their fathers who worked on the previous project more than 50 years ago in 1971. 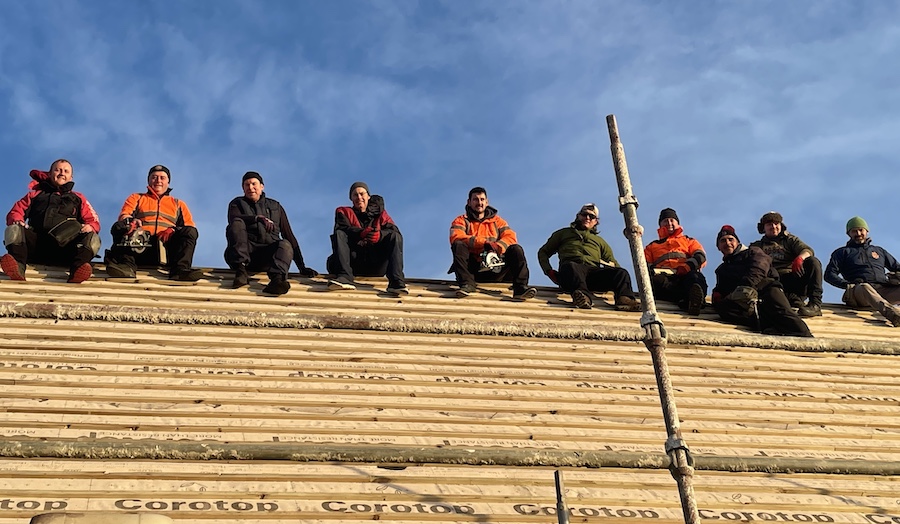 Workers on the roof of the church. Pic by Donegal Daily.

Patsy Dan’s son Sean and Philip Doohan’s two sons (Michael and William) all discovered their father’s names while working on the project in recent days.

Incredibly they came across another name John Doohan with the inscription year of 1926 beside his signature.

The workers even hoisted a Ukrainian flag alongside an Irish flag on scaffolding on the church to show solidarity with those who have fled the war-torn region and settled on the remote island. 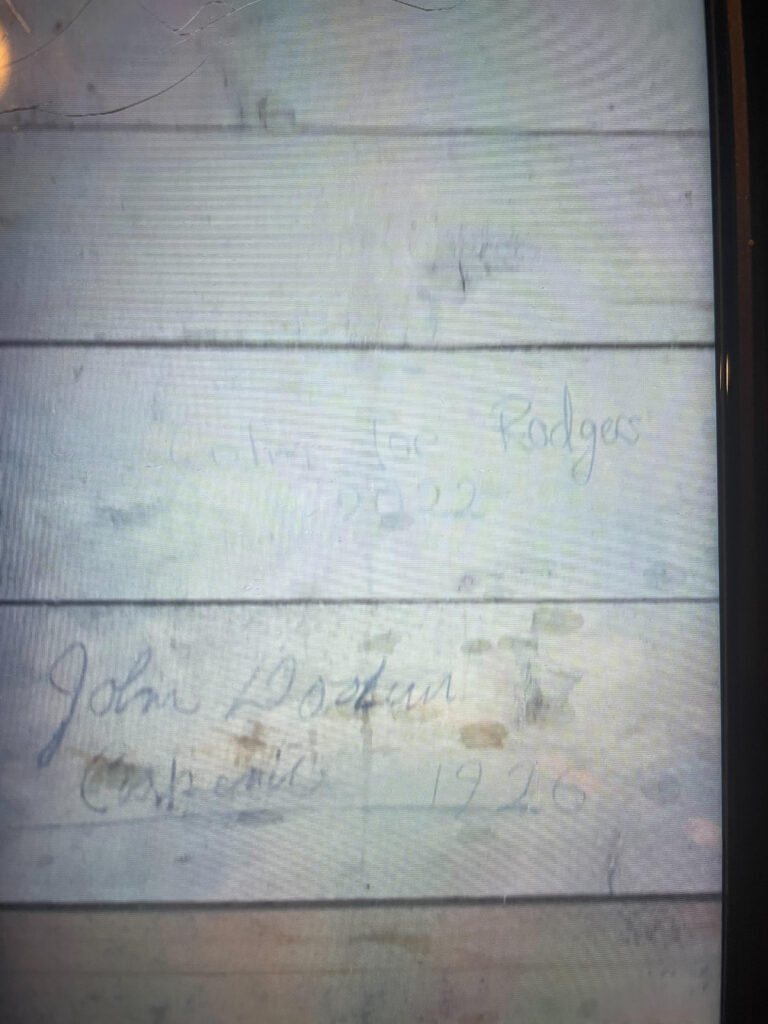 A spokesperson for the islanders said the community really came together to complete the project but the discovery of a link to the past made it special.

“All the work was carried out by the islanders including our Ukrainian friends and other people who have arrived on the island to learn Irish.

“They worked really hard on the project and were blessed by some good weather.

“The discovery of the names was a very special moment for many of them and we just though it would be nice to record it,” she said. 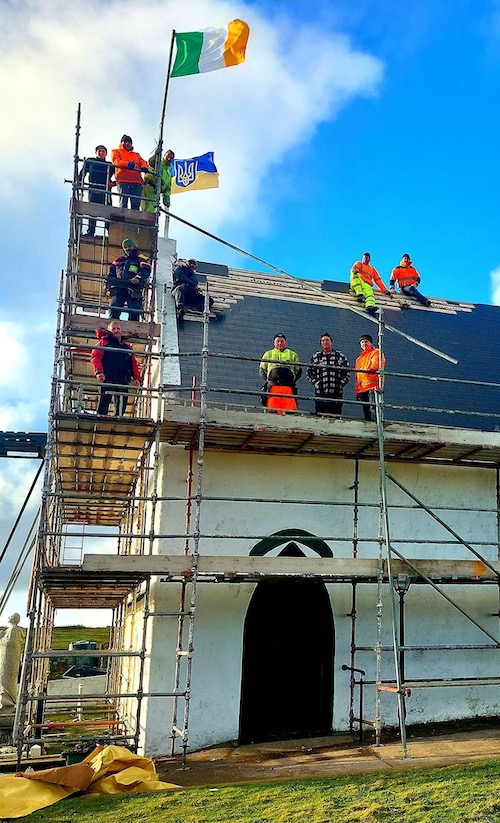