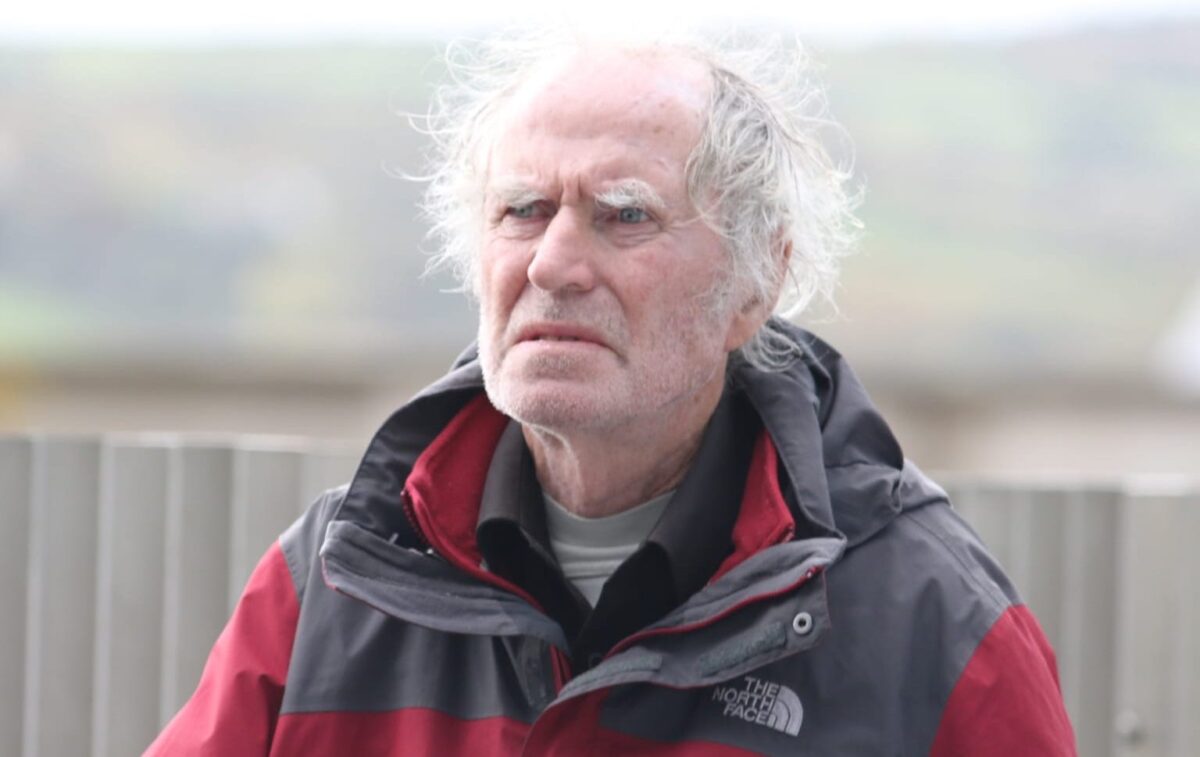 A pensioner has appeared in court in Co Donegal charged with attempting to sabotage the gas supply of a local community centre.

Charlie Lynagh (pictured above) appeared at a special sitting of Letterkenny District Court after being arrested by Gardai in a swoop on his home.

The 72-year-old is charged that on October 22nd at Mevagh Hall in Carrigart he did damage two high pressure LPG rubber gas pipes belonging to Mevagh Hall.

A video of CCTV footage of the incident has been widely circulating on social media.

It allegedly shows Lynagh producing an object and using it to interfere with the rubber gas pipes leading to two large gas containers.

Lynagh was arrested at Crocknamurleog, Downings yesterday and taken to Milford Garda Station.

Garda Matthew Burke told the court that he arrested Lynagh and then charged him under the Criminal Damage Act and the accused replied “Yeah.”

Garda Burke said there was no objection to bail but requested a number of conditions.

Solicitor for the accused, Mr Patsy Gallagher, said all the conditions had been discussed and he had no objections to them.

Among the conditions were that Lynagh stay away from any members of the Mevagh Hall Committee and that he remain indoors between 8pm and 8am.

Lynagh, of Tirloughan, Carrigart, was also told to be of good behaviour and remain contactable to Gardai at all times.

The court was told that there was currently no directions in the case from the Director of Public Prosecutions but Mr Gallagher added there may be further charges.

The case was adjourned until December 12th for directions in the case.