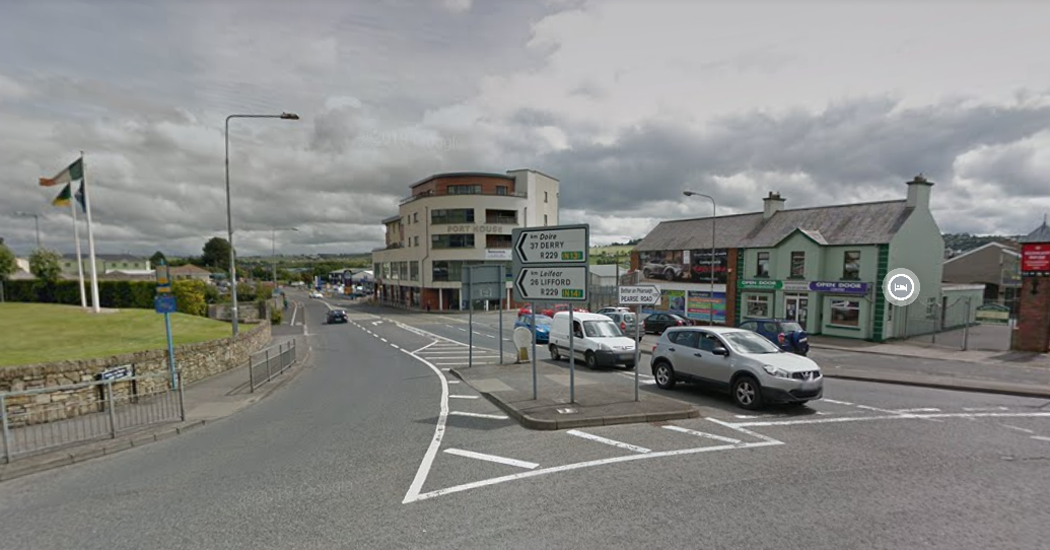 Donegal County Council has been urged to install warning systems for pedestrians to safely cross one of Letterkenny’s busiest roads.

The dangers of the crossing between Gleneany House and Letterkenny Shopping Centre were described as “unacceptable” at this week’s meeting of the Letterkenny-Milford MD.

“No doubt sometime in the future we will be reading about someone getting hit by a car at that junction,” Cllr Michael McBride warned.

Cllr Donal Coyle raised a motion with the MD asking for amber flashing beacons to be installed at the site. Alternatively, he suggested that reflective signs could be used, similar to a pilot scheme being rolled out in Limerick and Dun Laoghaire.

“This is probably one of the busiest crossings in Letterkenny,” Cllr Coyle said. “Pedestrians have to cross three lanes.

“The traffic coming in from the Port road and from the Ramelton Road comes at quite a speed,” Cllr Coyle said.

Cllr Michael McBride, who seconded the motion, pointed out that a controlled crossing is in place at the Ramelton Road side of the Station Roundabout. He said it was unacceptable that a system is not in place for the Port Road.

In response, David McIlwaine, Executive Engineer, said that the issue lies with the junction as sight lines would be required for a flashing beacon. Mr McElwaine said the council will seek opportunities for funding for an overall assessment of the roundabout and the impact on traffic movements and safety.