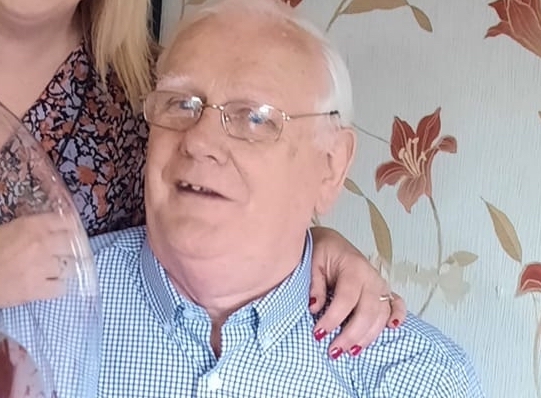 He may not have been born or raised in Letterkenny or County Donegal for that matter.

But the passing of Andy O’Boyle today leaves a huge hole in the community of the Cathedral Town and all who ever had the pleasure of meeting him.

A native of Mayo, Andy spent most of his career in An Garda Siochana stationed in County Donegal. He was 81 years old.

But Andy was much more than a member of An Garda Siochana.

In his career, Andy served as Juvenile Liaison Officer in Letterkenny helping many young people to find the right path in life when they may have wandered down the wrong one.

He rose to the rank of Sergeant and was stationed in a number of towns including Raphoe.

But it will be his volunteering and his involvement in the local community for which Andy will be fondly remembered and appreciated by many, especially in the area of sport.

He loved nothing better than a cup of tea and a catch-up in Macs Mace on the High Road where he had time and a smile for all up until very recently.

Andy will also be fondly remembered for the many years he gave to Letterkenny’s No Name Club.

Soccer was Andy’s first love and managed many Letterkenny underage schoolboy teams as well as holding many roles as the driving force behind Ballyraine FC.

A spokesperson for thew club said “The club is deeply saddened today to learn of the passing of Andy O’Boyle.
Andy was one of the founding members of Ballyraine FC in 1979!

“Andy was a great character loved and respected by all who had the privilege of knowing him. He dedicated countless time and energy to Ballyraine FC and many other community and sporting projects.

“All at Ballyraine FC would like to offer their deepest Condolences to Andy’s family and countless friends.”

Andy was predeceased by his wife Margaret (nee Barr) in February, 2020.

Andy’s remains will repose at his late residence tomorrow, Friday 28th October from 5pm until 10pm and on Saturday 29th October from 11am to 10pm with family time please on the morning of the funeral. Funeral from there at 12.15pm on Sunday 30th October going to the Church of the Irish Martyrs for 1pm Requiem Mass which can be viewed on https://www.facebook.com/irishmartyrs/. Interment afterwards to Conwal Cemetery, Letterkenny. Family flowers only please. Donations in lieu of flowers if desired to the Donegal Hospice c/o any family member. Rosary both evenings at 9pm.