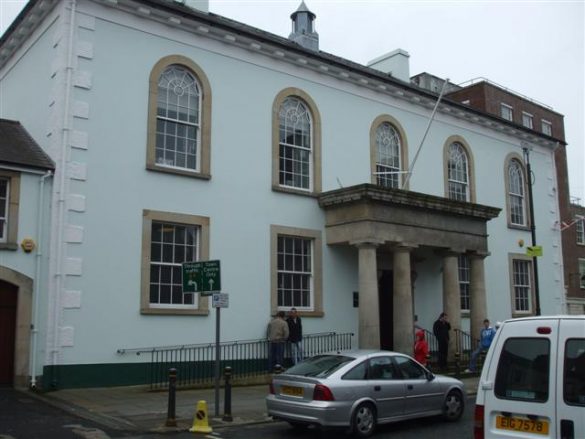 Suspected money launderer had addresses in Donegal and Fermanagh

A man with addresses in Co Fermanagh and Co Donegal has had the contents of his bank account forfeited in Northern Ireland.

The money is suspected to be proceeds of money laundering activities.

A 40-year-old man came under the suspicion of police in Northern Ireland last year, leading to Detectives from the PSNI’s Economic Crime Unit having funds worth £30,000 forfeited under the Account Freezing Order as part of the investigation.

Detective Chief Inspector Ian Wilson said: “In December 2021, Police became aware of over £31,000 in a 40 year old man’s bank account which was suspected to be proceeds of money laundering activities. The male had addresses in Co Fermanagh and Co Donegal.

“Detectives in the Economic Crime Unit in Enniskillen made further enquiries, and with suspicions that the male had committed fraud all over the United Kingdom, a Detective Sergeant applied to the Court for an Account Freezing Order as they believed that the male was using this bank account to launder the illicit funds of these crimes.

“The forfeiture of this money was contested at Enniskillen Magistrates Court on Wednesday 26th October 2022, however The District Judge forfeited the full amount of £31,171.68.

“This is another example of the impact the Account Freezing Order has in obtaining the proceeds of crime. Some of the funds forfeited will now be invested into local schemes and initiatives, which will have a positive impact on communities across Northern Ireland.”