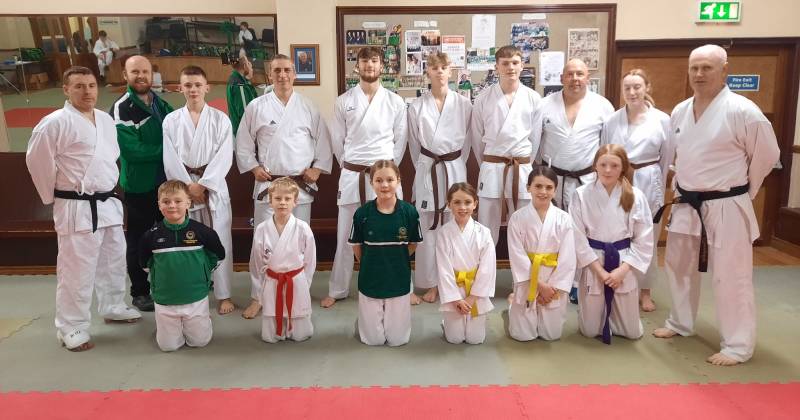 A busy few weeks lie ahead for the Ulster Karate-Do Federation, with some of Donegal’s best young competitors seeking medal glory in the European Championships and the Irish National Championships.

The UKF squad travels to Italy next Monday ahead of the World Union of Karate Federation’s European Championships, which will take place in Florence from Thursday to Sunday, November 3-6, with the Karate Ireland Open National Championships taking place in Dublin on November 13.

Fresh from an impressive medals’ haul at the Carlow International Karate Competition (October 1-2) – where the UKF won 13 gold, 8 silver, and 2 bronze – the squad will travel to Florence with 25 competitors, coaches and officials from Inishowen and Derry.

Among the competitors are Caolan Caulfield (17) and Aine McCole from Quigley’s Point Karate Club, who are both preparing for their black belt grade in December.

Having picked up four gold medals, as well as winning the ‘Male Fighter of the Tournament’ award in Carlow on October 2, Caolan will be aiming for medals in both kumite and kata in Florence.

Greencastle schoolboy Harry McDaid (11), who won no fewer than six medals at the Carlow event, will be competing together with his dad Joe (44) in the Family Kata, as well as in the individual and team kata and kumite events. 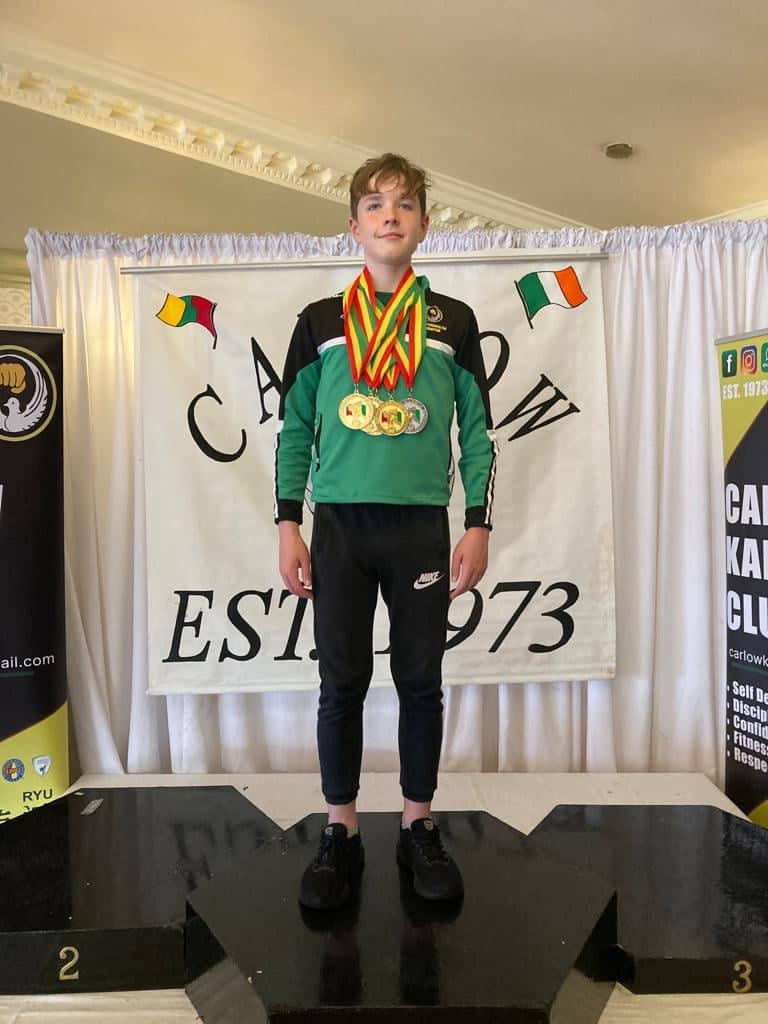 Harry McDaid with his medals following a successful weekend in Carlow

UKF Head Coach, Sensei Martin McCole, 2nd Dan, said: “The students have put in so much time in preparation for this event, which is their biggest outing since before the COVID lockdowns. We are all looking forward to what will no doubt be a memorable WUKF European Championships for all competitors.”

UKF President Sensei Columba McLaughlin, 6th Dan and Sensei Denis Donaghy will travel with the squad to officiate at the event as WUKF tournament referees.

Sensei Columba McLaughlin said: “We in the UKF are immensely proud of all the performances of our squad members at the recent event in Carlow and look forward to another impressive showing when we travel to Florence for the WUKF European Championships.

“And we’ll have it all to do once again a week later, when an even larger UKF squad will travel to the National Sports Campus in Blanchardstown for the Karate Ireland Open National Championships.”