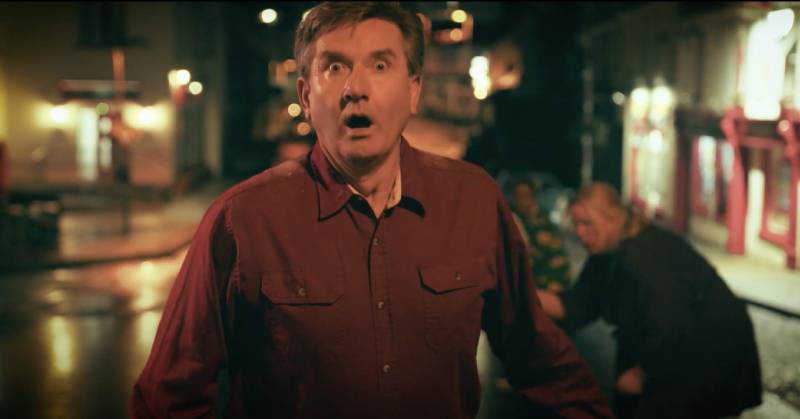 Watch: Daniel stars in his hilarious ‘Night of the Daniels’ short film!

Daniel O’Donnell’s film debut is here – and the Kincasslagh man gives a great acting performance in this hilarious 10 minute film.

The short film begins with Daniel opening the ‘Daniel O’Donnell Wax Museum’, and it instantly gives an eerie insight into what’s to come when Daniel mentions that there were issues with planning due to it being built on the site of an ancient Celtic burial ground.

A bolt of lightning hits the building which sees the wax figures of Daniel come to life with Daniel’s cover of Elvis Pressley’s ‘Burning Love’ playing in the background.

Daniel takes to the streets on his horse and takes on his wax clones with a fire poker and some action stunts that had to require the help of some stunt doubles.

As the clones attack on the street outside The Cope, Daniel saves the day with a flamethrower but it causes all the wax clones to form one giant Daniel who is only taken out when Daniel and the towns people sing ‘Burning Love’ on the street.