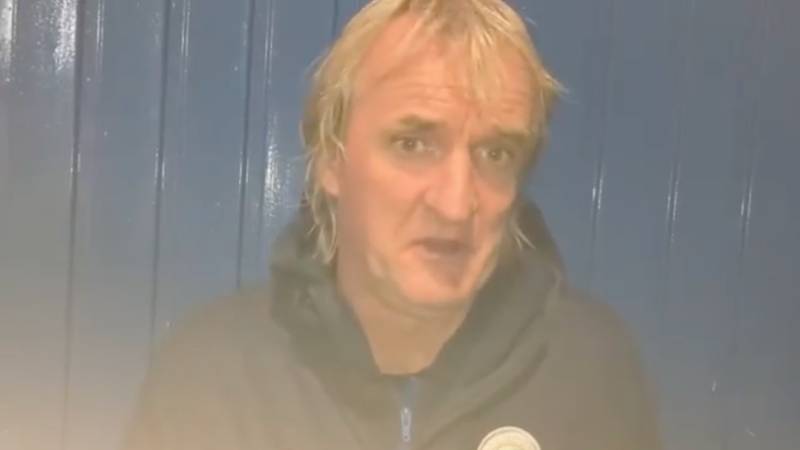 Ollie Horgan says Finn Harps have nobody but themselves to blame as they were relegated to the First Division tonight.

Conor Tourish gave Harps the lead but UCD equalised within half a minute of the restart and scored two quick-fire second half goals to guarantee their spot in the relegation play-off.

“I’ve got to take the blame, I’ll take it on the shoulders,” Horgan said.

“But we’ve no one to point the finger at but ourselves.”

The loss to relegation rivals UCD confirmed automatic relegation tonight, but Horgan was disappointed his side didn’t kick on when going 1-0 up.

“It’s not just tonight we fell short, we had a number of opportunities to kick on including tonight,” Horgan said.

“We needed to manage things better all season and we had one last cut of it tonight.

“Normally with 20 points in the table you could’ve been relegated weeks ago. Because UCD kept and us kept ourselves company until tonight, we had another chance at it and we felt short again, we just didn’t manage the game especially after going 1-0 up.”

‘We have no one to point the finger at but ourselves’ – Ollie Horgan was last modified: October 28th, 2022 by Staff Writer
FacebookTweetLinkedInPrint