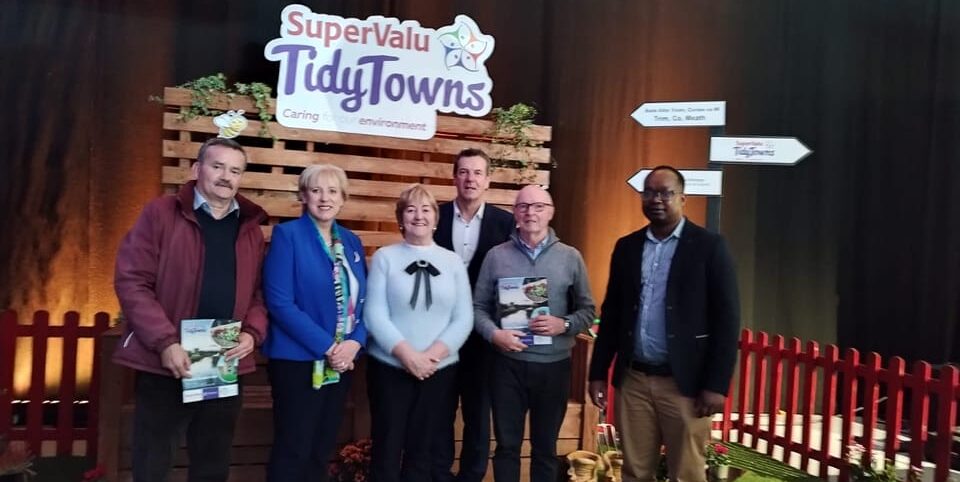 TidyTowns volunteers from across the county are celebrating well-earned prizes following the 2022 SuperValu TidyTowns awards.

The first full-scale Awards Ceremony since the pandemic took place at the RDS in Dublin yesterday.

Buncrana stuck gold and was crowned the Tidiest Town in Donegal, closely followed by Letterkenny which also won gold and a county second place award.

Special Awards went to Dungloe TidyTowns in the Youth Category, while Carrigart was Highly Commended for the Gaeltacht Award and county third. Buncrana was also a regional winner of the All-Ireland pollinator plan awards.

Castlefinn TidyTowns was one of the national winners of the Bat Conservation Ireland Awards.

Minister for Agriculture, Food and the Marine and Donegal TD, Charlie McConalogue, congratulated all Donegal winners at the Tidy Town 2022 Awards and also confirmed that Donegal is one of the highest funded counties under a special allocation of €1.4 million nationally in funding to support the work of individual TidyTowns Groups.

The funding of over €60,000 for Donegal will assist Donegal groups in their continued efforts to enhance their towns and villages. This is the sixth consecutive year that funding has been provided.

Commenting, McConalogue said “Tidy Towns is a tremendous initiative and amplifies the sense of community in our towns and villages. Huge congratulations to all Donegal winners including Buncrana which was crowned as Donegal’s Tidiest Town and winner of the All-Ireland Pollinator Plan in a large town category and to Castlefinn for claiming the Bat Conservation Ireland Award. Congrats to all groups that received funding today too, Donegal received one of the highest allocations and this is a testament to the hard work and dedication of all our volunteers. A special thanks to Supervalu for its ongoing support of the initiative.”

Mayor of Letterkenny -Milford Donal ‘Mandy’ Kelly added his congratulations to all volunteers and every one involved in the Letterkenny Tidy Towns community.

Cllr Kelly said: “The recent gold medal and second in county placement is a massive achievement and I’m delighted to see everyone involved rewarded for their hard work and dedication throughout the year. They have also increased their score by 9 points to 355 points which is fantastic.

“I want to take this opportunity as Mayor of Letterkenny Milford Municipal District to congratulate and thank everyone that has helped in any way throughout the year.”