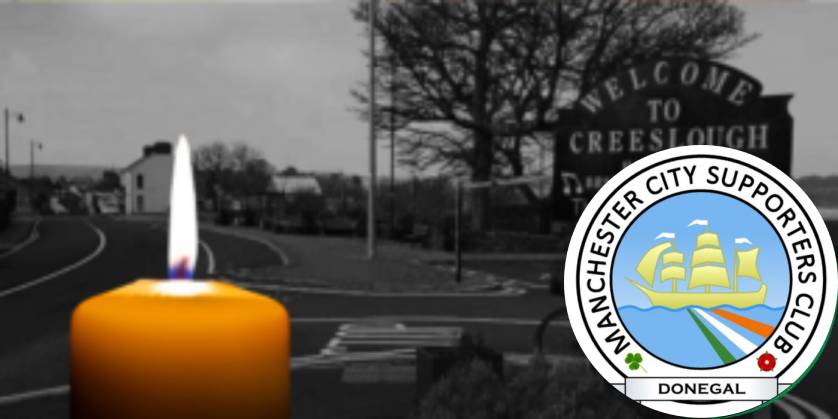 The Donegal Branch of the Manchester City Supporters Club has made a donation of €2,640 to the Irish Red Cross Creeslough Community Support Fund.

The members of the Donegal Branch had initially agreed to make a donation of €1000 from our own funds and fundraising ventures.

However, the Donegal club asked other branches of the Official Supporters Club if they would also like to get involved.

A spokesperson for the Donegal branch said: “ We were overwhelmed by the response received from branches across Ireland, the UK, Europe and as far away as Australia and the USA allowing us to increase our initial pledge of €1000 to the amount we donated today.

“The Irish Red Cross will work with the community of Creeslough to ensure that our contribution, along with that of the hundreds of others who donated to the fund recently, will be used effectively and as needed to assist those affected by the tragic events in the village on Friday 7th October.

“The thoughts of the Donegal Branch of the Manchester City Supporters Club remain with those who were affected by the tragedy.”