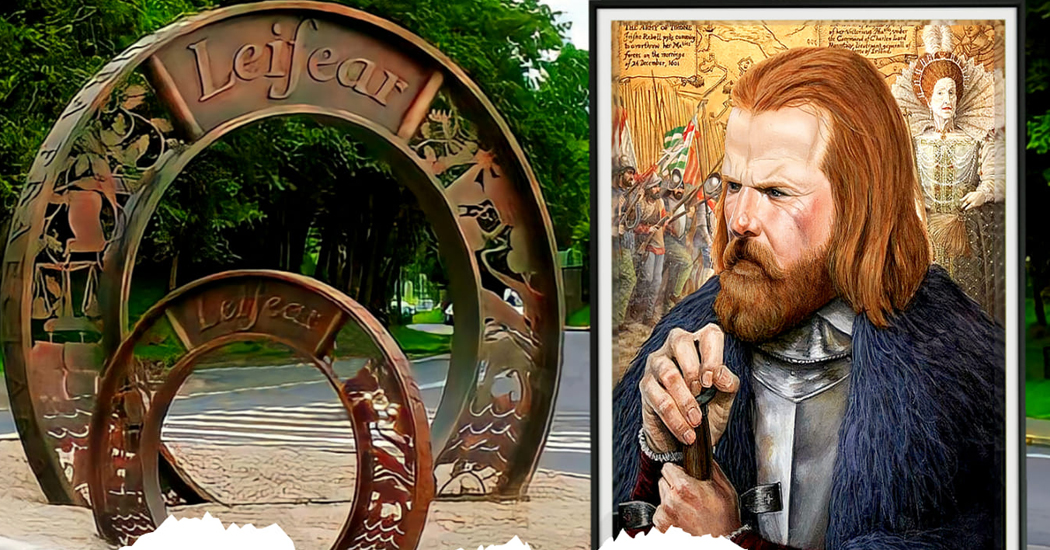 A two-day series of events started yesterday in the Lifford area, including tours, talks and a parade in Lifford town centre today.

The events will also include the premiere of a specially-commissioned documentary on Red Hugh O’Donnell’s final journey to Spain following defeat during the Siege of Kinsale in 1602.

The national hero perished from illness in Valladolid‎, Spain at the age of 30. The search continues for his remains.

Last month, a plaque was erected in Valladolid to mark the 420th anniversary of the death of Red Hugh.

This month, the Red Hugh O’Donnell 420 committee has decided to celebrate his birth.

This afternoon in the Old Courthouse, Lifford, everyone will be entertained by music, dance, dress and weapons of the era, historical presentations by nationally recognised historians/authors of the period and so much more.

Don’t miss this unique weekend journey of this young Donegal Chieftain who gave his life for Irish freedom. 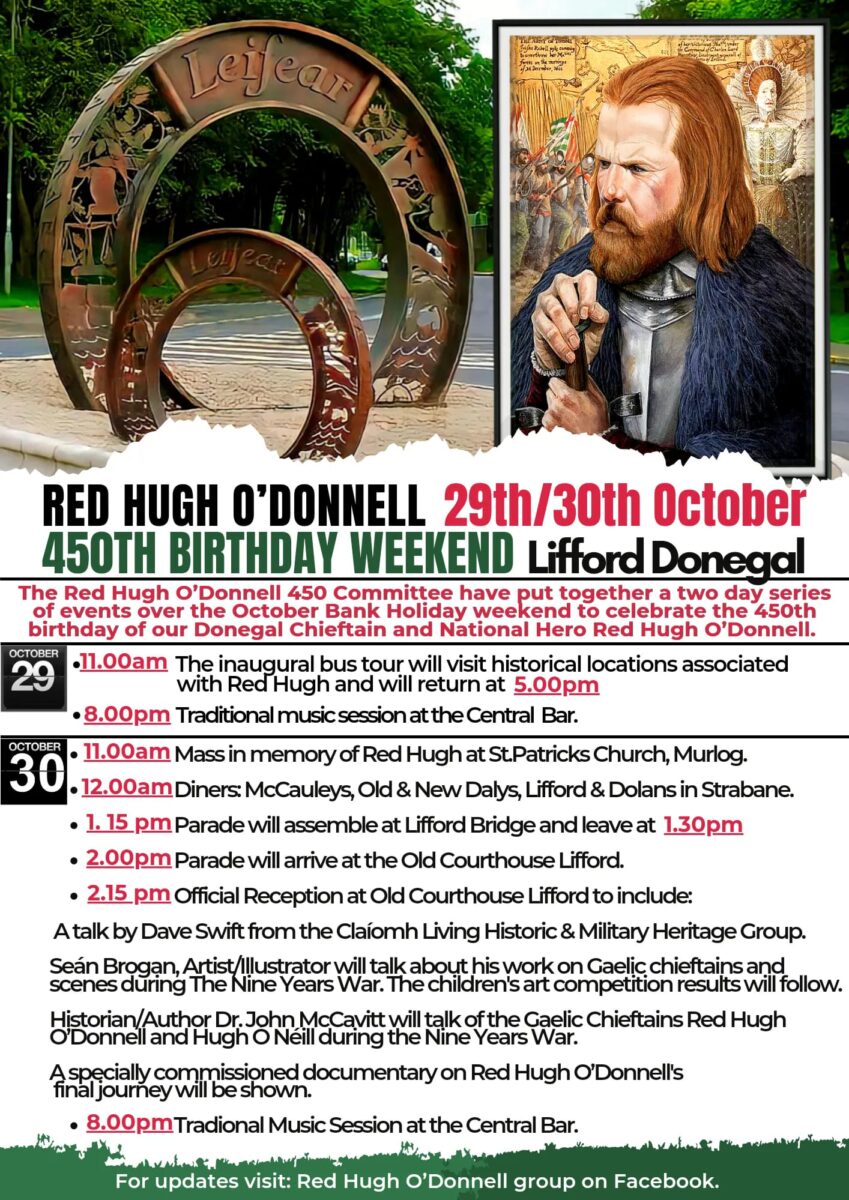 Red Hugh O’Donnell was born just outside Lifford at the site of Mongavlin Castle which is located between the townlands of Porthall and St Johnstown on the banks or the river Foyle.

His father was Sir Hugh Mcmanus Ó Dónaill and his mother was Finola Mcdonald who was better known by her Irish nickname “Inion Dubh”.

She was a strong feisty woman born to James MacDonald, 6th Chief of Clan MacDonald of Dunnyveg, and Lady Agnes (née Campbell) Mcdonald.

From the very beginning she was determined that her son Hugh Roe O’Donnell (Irish: Aodh Ruadh Ó Domhnaill), also known as Red Hugh O’Donnell (30 October 1572 – 10 September 1602), would succeed her husband as Chieftain of TirConnell, which he did in 1593 after being abducted at the age of fifteen by the English and held hostage in Dublin Castle for over four years.

He immediately teamed up with his neighbour Hugh Ó Néill, Earl of Tyrone and began what was known in history as the “Nine Years War” to rid the country of English aggression and restore Irish rule.