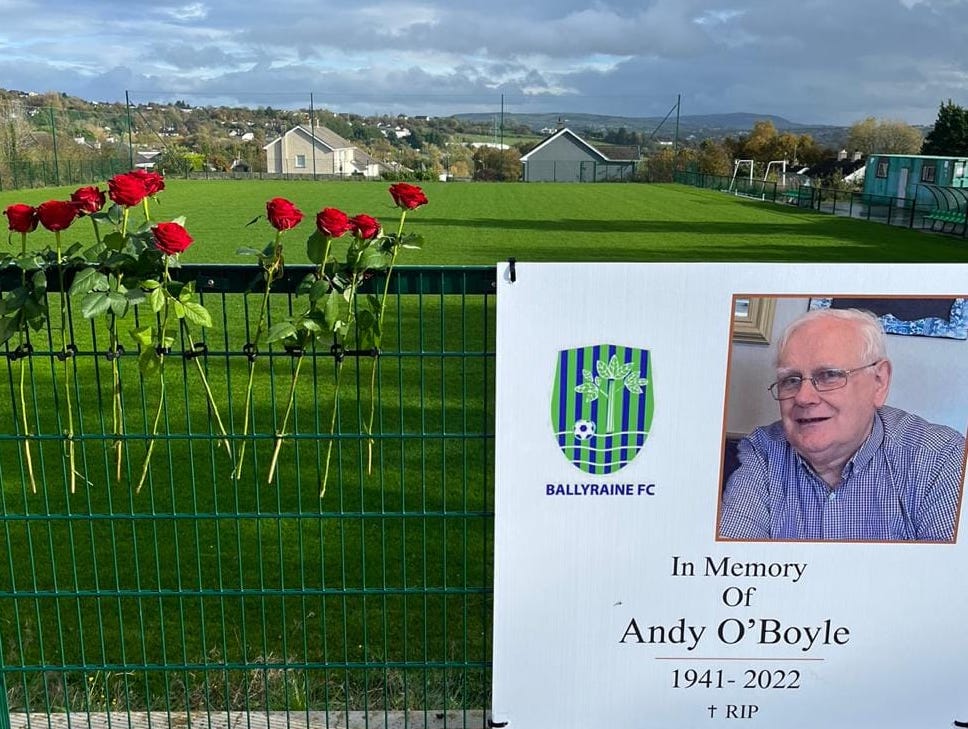 A Donegal football club has paid a stunning tribute to the man who helped make the club the success it is today.

Andy, who was originally from Co Mayo but who spent much of his life in Letterkenny, helped build and support hundreds of youngsters at Ballyraine FC.

He was also a driving force behind Letterkenny’s No Name Club and in later years he was a huge supporter and activist with the Donegal Hospice movement.

And in a stunning farewell to one of their one, Ballyraine FC arranged for Andy’s funeral cortege to pass by and stop at the club’s ground before his funeral mass at the Church of the Irish Martyrs yesterday.

Many officials and supporters from the club lined the route and clapped as Andy’s remains were led to his final resting place.

Like the hundreds of dedicated community workers across Donegal, Andy gave so much and asked for nothing in return.

Touching tribute as Donegal says farewell to one of its adopted sons was last modified: November 1st, 2022 by Staff Writer
FacebookTweetLinkedInPrint