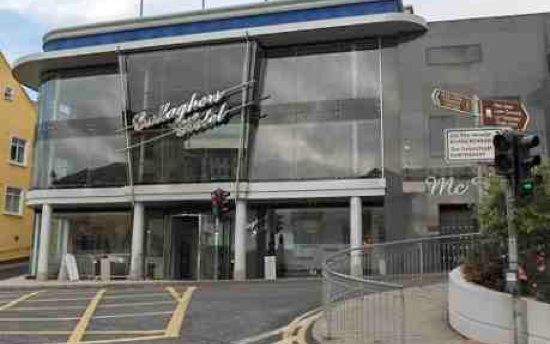 We are not long term solution for housing refugees, says hotels boss

A hotelier has said that hotels across the country cannot continue to house the numbers of Ukrainian refugees coming into Ireland.

Paul Gallagher was speaking on behalf of the Irish Hotels’ Federation and told RTE that hosting Ukrainians “is not a very profitable business”.

He added that nobody knew that tourism would bounce back as strong as it has done since the pandemic.

“Many hotels who have done it did so because we came out of the Covid and would have had no idea how the market would be, so nobody would have any idea that tourism would have rebounded as strongly as it has done,” he told This Week on RTÉ Radio.

And he said that accommodating refugees in hotels is simple not a long-term solution.

“Hotels are not designed long term to house people in living circumstances. Living in a hotel room for six months or 12 months is not what a hotel was designed to accommodate.”

A number of hotels across Donegal including Gallagher’s Hotel in Letterkenny and the Viking House Hotel in Kincasslagh are currently housing refugees having entered contracts with the Irish Government.

A further 1,200 Ukrainian refugees arrived in the State last week as warnings about an acute accommodation shortage failed to deter people seeking to flee after the Russian invasion.

A spokesman for the Department of Justice said a total of 55,829 Ukrainians had arrived in Ireland between the start of the war in late February and last Thursday, an increase of 1,228 on the previous week.

However, a source said that about 170 refugees arrived at an accommodation facility in Citywest, Dublin between Friday and Saturday, a lower figure than those recorded on recent weekends.

It is understood that Department of Children modelling suggests that up to 61,000 refugees may need to be accommodated by the State by the end of December, although this modelling is dependent on the number of arrivals which is open to fluctuation.

The Government is coming under pressure to find accommodation for Ukrainian refugees and international protection applicants and has warned that some could end up sleeping on the streets due to the accommodation shortage.

Minister of State Patrick O’Donovan on Sunday defended the Government’s handling of the situation, saying 60,000 refugees, equivalent to more than 1 per cent of the population, had arrived in Ireland since February.

“We’re not the only European country that are experiencing huge influxes of this nature,” he told RTÉ’s The Week In Politics. “I don’t think anybody saw seven million people moving out of Ukraine last February. And it isn’t only Ireland, Belgium is under serious pressure. The Netherlands are under pressure, all the Baltic countries and eastern Europe.”