Donegal is one of a small number of counties to have seen an increase in garda traffic personnel.

Nationally, there has been a five per cent drop in traffic corps numbers since 2020.

Donegal, along with Cork, Tipperary, Kerry and Kildare, traditionally record some of Ireland’s highest number of fatal road crashes.

Over the past two years, however, only Donegal has shown an increase in garda traffic corps personnel. The figure has risen from 22 in 2020 to 27 this year. 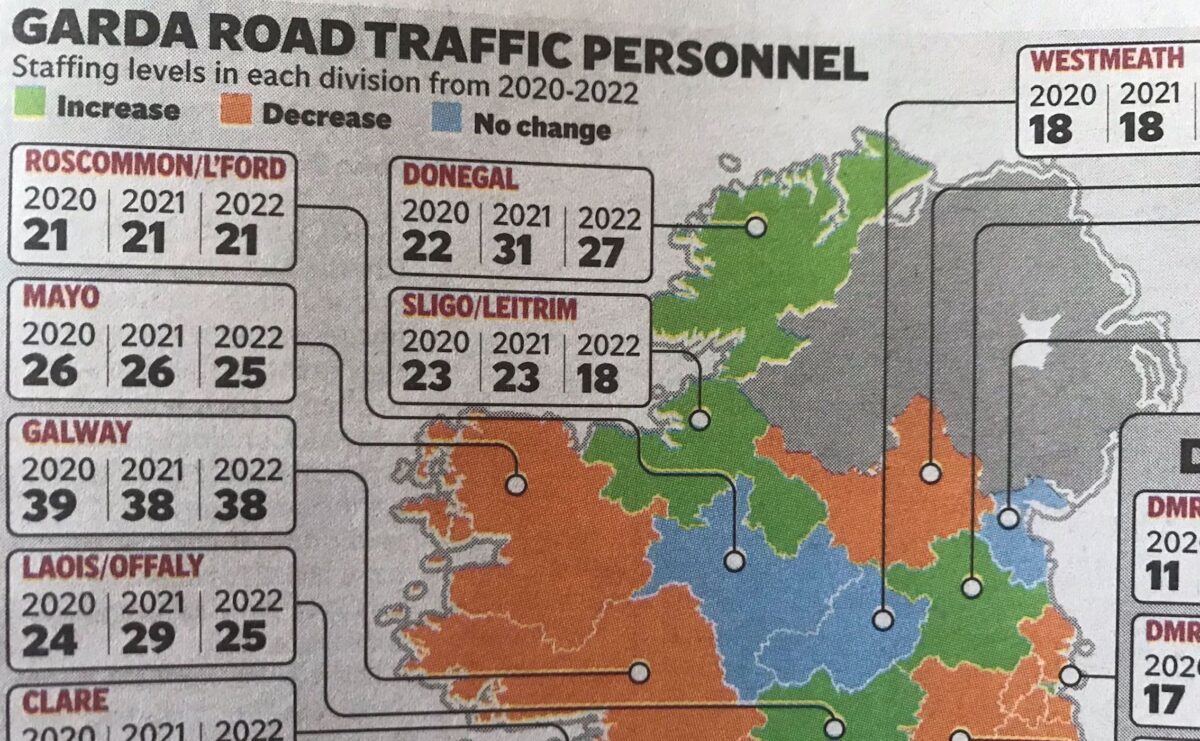