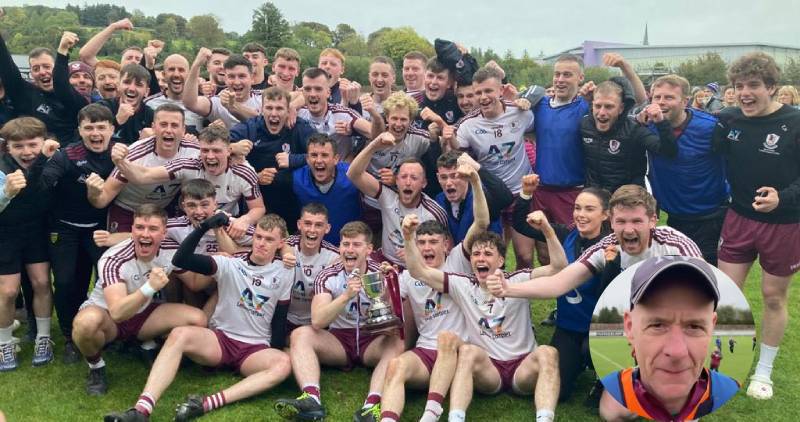 It took a couple of years of near misses and ruing missed opportunities, but last month Letterkenny Gaels took the Donegal Junior crown after their third final in four years.

And while Donegal’s youngest GAA club will play in the Intermediate Championship for the first time next year, they journey into the unknown this weekend first in the Ulster Junior Championship.

A trip to Crossmaglen is on the reward this Sunday as they take on Armagh’s Junior Champions Derrynoose, but manager Dougie Corbett was hoping for an easier start to their Ulster campaign.

“We see this as a difficult draw, an away fixture first is always tough and going up to Crossmaglen is a new venue for our players,” Dougie said.

“I’d imagine the Armagh winners would have played there at some stage or practiced on it or have some experience at schools level, we have none so it’ll be totally new.

“We have a couple of recordings of Derrynoose and we know a little bit about them but we’re focused on ourselves and seeing if we can get the best out of ourselves.”

Letterkenny Gaels saw off two of the tougher Junior opponents in Donegal in the semi-final and final against Na Rossa and Carndonagh respectively.

Both games saw Letterkenny Gaels come from behind to overcome their opponents in tight games.

And despite three weeks off, Corbett is hoping his side get off and running from the whistle on Sunday.

“We had two very close games with Na Rossa, we drew in the group format down in Na Rossa and then we beat them in Glenties by two points. We were behind in both those games at different stages,” he added.

“But we’ve managed to have a good attitude and overcome these deficits so hopefully that’ll stand us in good stead but agains we’d prefer to be leading and going in the opposite way.”

Having studied the limited amount he could of their opponents, Corbett is more focused on his own team and getting the most out of their own performance.

Donegal clubs have made it to the last four Ulster Junior finals, with Naomh Colmcille and Red Hughs winning in 2017 and 2018 respectively, while Buncrana lost out to Blackhill of Monaghan in 2019.

Downings were defeated in last year’s final by Denn of Cavan, but the Gaels manager is only focused on the weekend and isn’t looking any further ahead.

“It’s 100% about taking it one game at a time, what happened before in other years means nothing this week. One game at a time is a cliché but that’s the way we’ve approached it.

“We’re happy with the numbers at training and what we’ve shown at training. Whether we can produce now on the day will be the next step and we’ll see how we get on.”

Letterkenny Gaels face Derrynoose in the quarter-final of the Ulster Junior Championship at 1.30pm on Sunday in Crossmaglen.