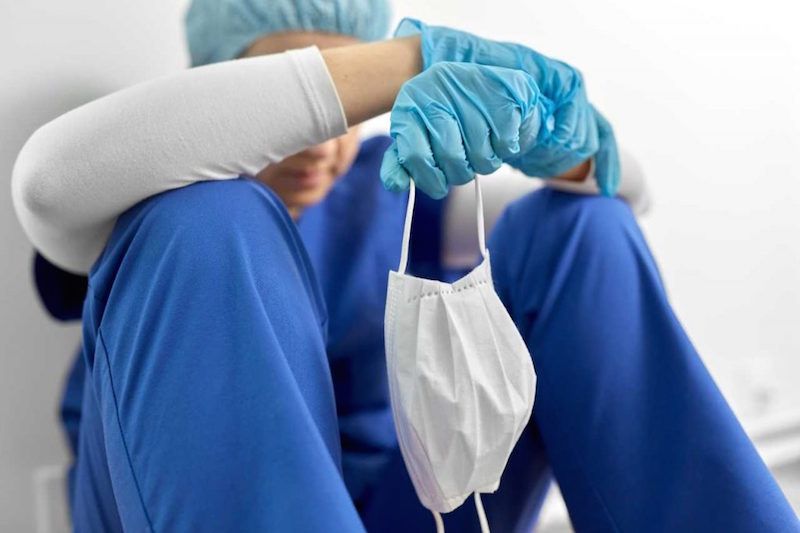 The Saolta Health Care Group has been called on to clarify how many staff at Letterkenny Unversity Hospital are still waiting on their Covid-19 special recognition payment.

The matter was raised at a local level this weekend following claims that some staff have been excluded from the €1,000 bonus and other departments are still waiting.

It has been claimed that staff at LUH were told that all decisions regarding payments are being made at a national level.

The issue was raised with a number of local politicians via a letter today due to claims that staff on the ground are struggling to get answers.

As of the end of October, 124,000 frontline workers have received the pandemic recognition payment.

Cllr Gerry McMonagle says he has contacted Saolta CEO Tony Canavan and Seán Murphy the General Manager of Letterkenny University Hospital to give transparency to the situation around payments to LUH staff.

As he awaits a response, Cllr McMonagle told Donegal Daily: “I think the good is nearly taken out of this allocation, it’s been going on too long. I can’t understand why the Minister, in particular, made a big fanfare about announcing the Pandemic Recognition Payment and to date they have left a significant number of staff out.

“I am now seeking clarification on when staff have received their payment. I have also heard of staff not being entitled.”

Cllr McMonagle also raised the matter with the Saolta Group in June at the Regional Health Forum West, to which the group replied that Saolta Group payments are being made in accordance with payroll periods and “will take a number of weeks to complete”.

Health Minister Stephen Donnelly said the government is fast-tracking those who remain to be paid, including workers in the Defence Forces, the fire brigade, prison nurses and others, the majority of whom are nursing home staff.

“I have engaged with the HSE and, in fairness to the executive, good progress is being made on that,” Minister Donnelly told the Dáil on 20th October.

The other cohorts covered, the Minister said, are agency workers within the HSE, healthcare support assistants contracted to the HSE, members of the Defence Forces deployed to the HSE and paramedic staff.

He also said that the payments are being done “organisation by organisation”.