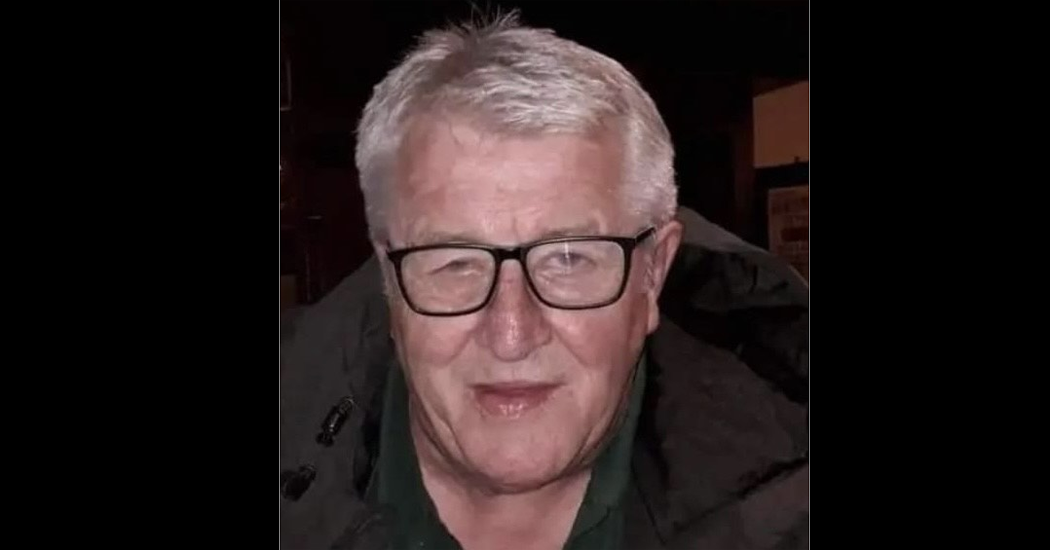 Sadness at passing of a great sportsman and much-loved Letterkenny man, Liam Collins

Tributes are being paid today following the passing of Mr Liam Collins – a skilled sportsman, a popular character, and a true friend.

Liam was a talented footballer who played with pride for Finn Harps, Letterkenny Rovers and Athlone Town. He had a passion for all things sport, and enjoyed gaelic, golf and darts, to name but a few.

He started his career at a young age at the iconic Oatfield sweet factory in Letterkenny before moving on to work for the Town Council, and later Donegal County Council.

Liam has been remembered as one of Letterkenny’s best-known characters, and fond memories and stories are being shared today by those who had the pleasure of his company.

Above all he was a family man, and will be sadly missed by his daughters Donna and Jacqui and their mother Bridie, brothers Charlie and Martin, son-in-laws Kevin and Shane, grandchildren Cassie, Maisie, Sarah and Grace and all his extended family.

Reposing at his daughter Donna’s residence at 45, Glendale Manor, Glencar, Letterkenny, today Saturday 5th November from 6pm to 10pm and tomorrow Sunday 6th November from 11am until 10pm. Funeral from there on Monday 7th November going to St Eunan’s Cathedral for 11am Requiem Mass which can be viewed online by using the following link https://www.churchservices.tv/letterkenny followed by interment in Leck Cemetery. Family time please on the morning of the funeral. Family flowers only please, donations if wished to I.C.U. Letterkenny University Hospital c/o Paschal Blake Funeral Director, Stoney Arch, New Line Road, Letterkenny.

A tribute from Liam’s home club, Letterkenny Rovers, said: “Liam Collins may have been a talented player for Letterkenny Rovers over many seasons, but even after he had hung up his boots, the club continued to hold a special place in his heart.”

Liam left his mark on our club in so many positive ways, they said.

“As a player, he will be remembered as a wonderful front man, blessed with a brilliant turn of pace and tremendous skill. He knew the way to goal, and was a big part of a very successful Letterkenny Rovers team that won Donegal League titles and cups in a memorable period for the club back in the 1980s.

“There are many photos capturing those glorious seasons, and Liam features in so many team photos along with his brother Charlie and their dad, Charlie ‘Bovril’, who was often part of the management teams.

“There were Summer Cup successes too, during an era when big crowds turned out to watch some classic games and Rovers, thanks to players like Liam, were able to hold their own with the best teams around.

“Liam played at League of Ireland level too, featuring for Finn Harps and Athlone Town – something he was always very proud of.

“But we at Letterkenny Rovers will always remember Liam as a Rovers player – and perhaps more importantly, a special friend to so many.

“We will miss his smiling face as he wandered down to watch a game at Leckview Park.

“We will miss meeting him up the street and having a quick chat before he’d go on about his business.

“We will miss his warmth and genuine friendship.

“To his family – his daughters Donna and Jacqui and their mother Bridie, brothers Charlie and Martin, son-in-laws Kevin and Shane, grandchildren Cassie, Maisie, Sarah and Grace and all his extended family, we offer our deepest sympathies.”

May he Rest in Peace