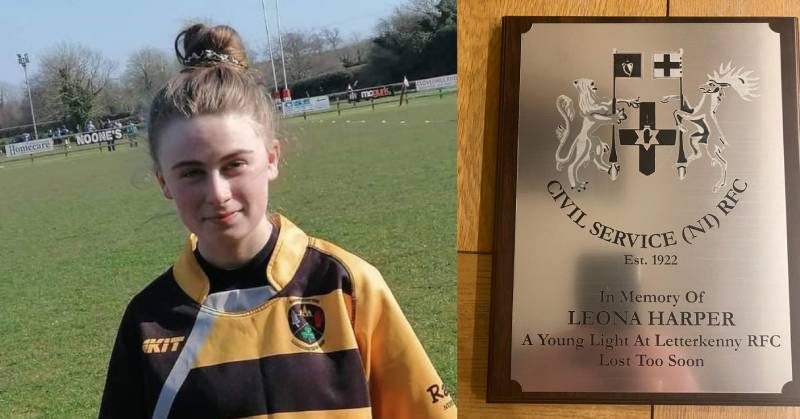 Letterkenny travelled to face Civil Service NI RFC on Saturday for their match which was originally postponed due to the tragic events that occurred in Creeslough on Friday 7th October.

Leona Harper was a member of the Letterkenny RFC Under-14 team before her life was cut short following the explosion at the Applegreen service station.

And the Northern Irish team paid a touching tribute to Leona by presenting a plaque to their opposition. 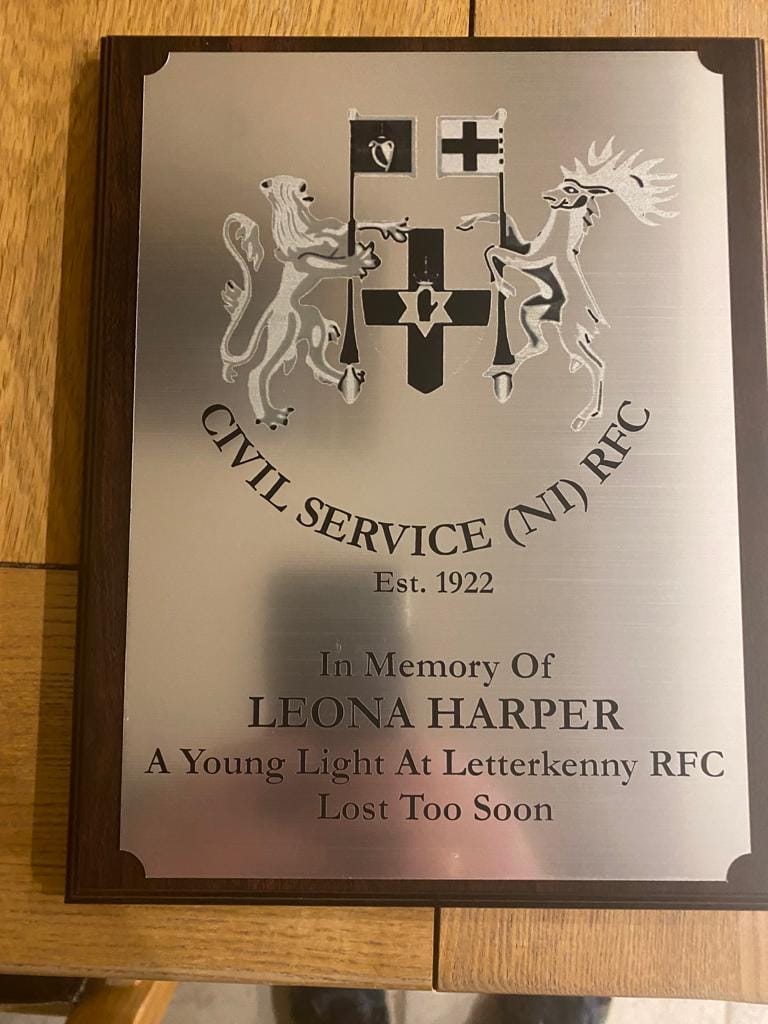 A spokesperson for the club said: “Saturday saw our 1st XV hosting Letterkenny Rugby Club in a rearranged fixture.

“Our clubs had been due to play each other on Saturday 8th October however this was postponed due to the tragic events which unfolded in Creeslough on Friday 7th October.

“As a mark of respect, Civil Service NI RFC President Shaun McMorran was honoured to present our visitors with a plaque expressing our condolences to them and the wider community for the loss which included one of their youth players, Leona Harper.”