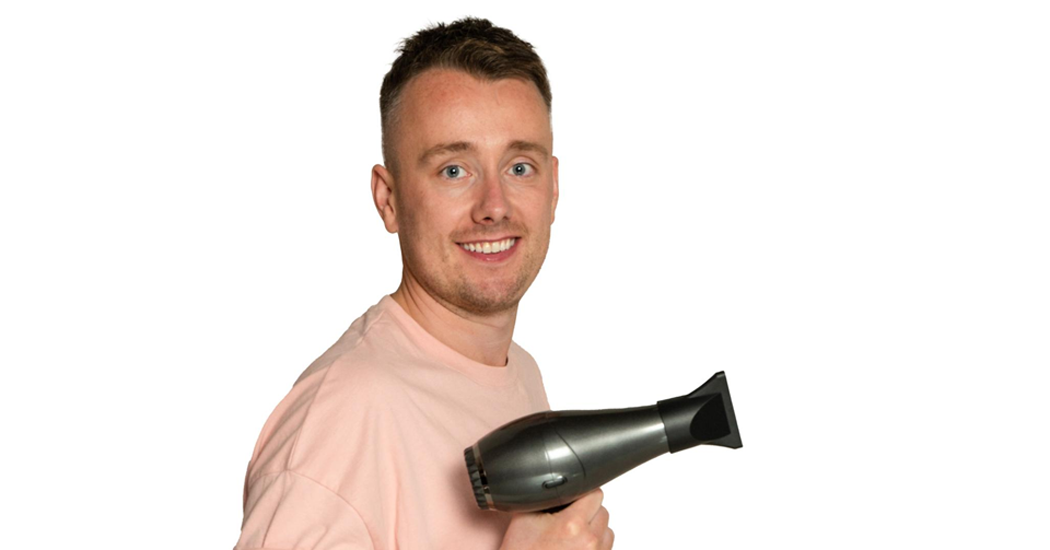 Creative Castlefinn hairstylist Raymond Bryson is setting out to prove he is a cut above the rest in the grand finale of E4’s ‘Big Blow Out’ competition.

The final episode of the series airs tonight and there’s going to be some cutting-edge drama as Raymond and his competitors vie for the prize.

The talented Donegal man has battled through seven weeks of head-turning challenges to make it to the final three.

The 34-year-old has been building his brand in London salons for the past 11 years, having switched careers from law to hairdressing. Now a great all-rounder, he is experienced in both salon and session styling and loves cutting and colouring. Raymond also has a unique appreciation for hair that he gained through his own experience with alopecia areata in the past. He now shares his knowledge with clients going through similar issues.

Tonight Raymond will be up against Vicki and Claire as they are tasked to create hairstyles for Paul Costelloe’s runway models at London Fashion Week. It’s going to be a super stylish finale, and all of Donegal will be cheering on Raymond in the hope that he makes the final cut!

Watch The Big Blow Out on E4 this Monday evening at 10pm.

The dye’s the limit for Donegal hairstylist in TV contest finale was last modified: November 7th, 2022 by Rachel McLaughlin
FacebookTweetLinkedInPrint