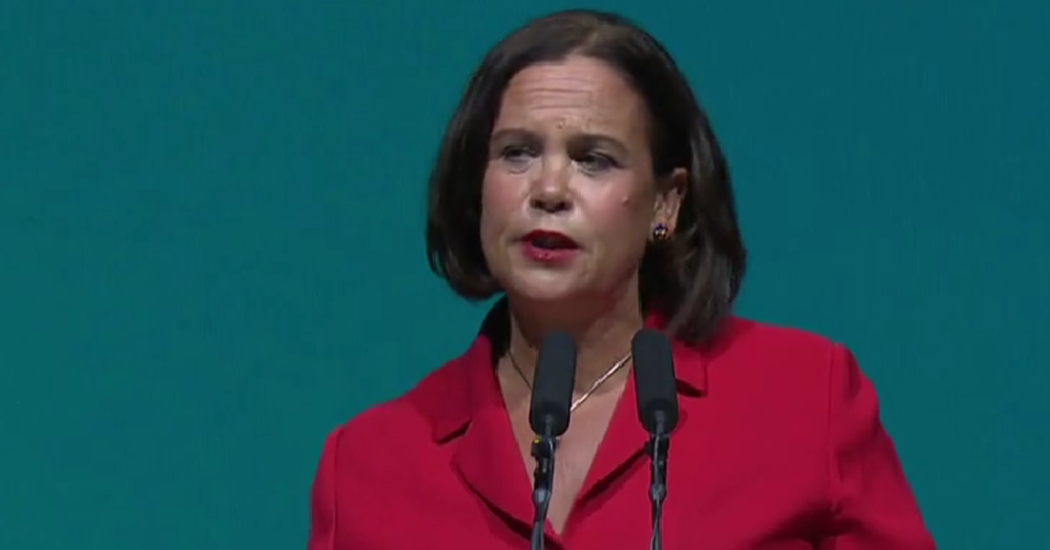 Sinn Féin President Mary Lou McDonald has sent a message of solidarity to the bereaved families of Creeslough on the one month anniversary of the tragic explosion.

Deputy McDonald, speaking at the Sinn Féin Ard Fheis, said the entire nation ‘wraps its arms around’ the families of the ten victims.

The Leader of the Opposition said the support for Creeslough showed how people come together in hard times when hearts are heavy with loss.

“In Donegal, following the tragedy in Creeslough, families face the heartbreak of the empty chair. We can only imagine the enormity of your loss. But know that you are not alone. The nation wraps its arms around you,” Ms McDonald told the gathering at the RDS on Saturday.

“The outpouring of sympathy for Creeslough stretched far beyond our shores in acts of solidarity and condolence from the Irish abroad.

“In this moment of profound grief, we saw again that to be Irish is not just to be from a small island but to be part of a very large global family who have built their lives in Britain, the United States, Canada, Australia and beyond.

“We are so very proud of them. They have kept faith with home,” she said.