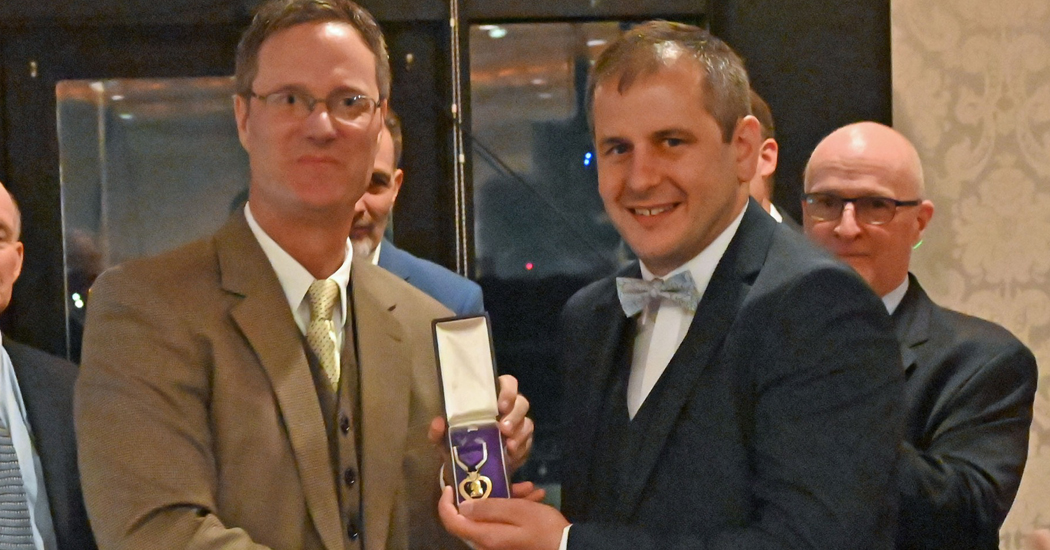 Descendants of a Donegal man have been presented with a precious war medal 80 years after it was lost in the US.

Heroic Hugh Farren of Malin Head, who was a respected immigrant in Boston, was killed in action during WWII. He made the ultimate sacrifice while serving with the US Navy on a combat mission in the Pacific aged just 39.

Farren was posthumously honoured with a Purple Heart medal, but the location of the medal was unknown until recently.

Amazingly, Hugh’s Purple Heart was discovered only in September this year in the apartment of an elderly man in Attleboro, a firefighter who knew Hugh Farren but was being moved to a hospice. 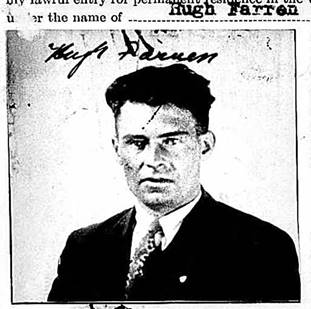 The search for the medal’s rightful owners went worldwide and soon reached Hugh Farren in Malin Head and Dennis Doherty in Michigan. Hugh, the current owner of Farren’s bar, is Hugh’s grand-nephew and was named after the family’s lost brother, while Dennis is the grandson of the late Hugh’s sister, Ellen.

Connections were quickly made across the Atlantic and, this week, the Donegal Association of Greater Boston invited the descendants of Hugh Farren to be the guests of honour at their annual ‘Oscars’ banquet dinner. The Purple Heart was returned to them during a poignant and emotional ceremony.

Hugh, who travelled to Boston with his wife Melissa, told Donegal Daily: “We were overwhelmed by the welcome we received and the ceremony they did for us.

“It was emotional being on the stage and hearing Hugh’s story again.”

The late Hugh Farren had been a highly-regarded member of the Donegal Association. When he settled into the neighbourhood of Dorchester and found work as a firefighter, he then dedicated his free time to helping other Irish immigrants find their feet in the city. He served as the Vice President of the Association and had an important role in integrating people into the community at a time long before social media.

“Saturday night was like walking back in time,” Hugh said. “We met so many who were friendly with daddy or my brothers or who I went to school with. There is a vast community of Donegal people young and old who are still doing what they did years ago and they are as strong as ever.”

The banquet also heard from Ben Quelle, Attleboro’s director of veteran services, who recounted how Hugh would have been working to save others when his life was cut short.

Hugh was serving as a water tender on board the USS Liscome Bay when it was hit by a torpedo from a Japanese submarine in 1943. As fire officer, Hugh would have been attempting to extinguish the blaze, while others were running from it. Ultimately, with the large amount of ammunition on board the carrier, the strike effectively created a bomb. Of the crewmen, 644 lost their lives and 272 survived.

Hugh’s Purple Heart medal was presented to his surviving sister, Ellen. However, it’s believed that Ellen may have given the medal away because she blamed herself for Hugh’s death, as she had convinced him to emigrate to the States originally.

As of this week, the Purple Heart is now in the ownership of Dennis Doherty. Hugh’s great-nephew wants to be the last man to take it back to its resting place in Malin Head.

Hugh’s descendants were also presented with the Massachusetts Medal of Liberty, which is awarded to surviving family members of men and women killed in action. It was agreed that this would be given to the oldest and closest relative to Hugh, his niece Nancy Hiltz who is 89 years of age.

Hugh’s legacy lives on through several families and generations now, and the Kents, the Dohertys, the Farrens and the Hiltz’s were all represented at the Boston banquet.

Hugh, representing his grandfather Aloysius, said he will be bringing back fond memories to his father and all his family.

The Purple Heart will be brought back to Malin Head eventually, and with it, the US Flag for the Fallen that is now in the care of the Kent family.

Hugh plans to give the keepsakes pride of place in Farren’s Bar, Ireland’s most northerly pub.

“Between the medal and the flag, along with the details of the USS Liscome bay and the Donegal Association, I can create a display in the bar to remember Hugh,” he said.

“I’ve been shouting about the man for a long time and now I have something to show.”

The late Hugh Farren’s bravery has been recognised before by the Donegal Association in Boston at their 100th anniversary and locally in the city, where a footbridge in Dorchester is named after the military man.

Hugh, who often told patrons of Farren’s bar about his granduncle, got a special chance to visit the bridge for the first time this week in memory of his namesake.

“It was a short four days meeting neighbours and cousins but the number one place I wanted to see was the bridge,” Hugh said. 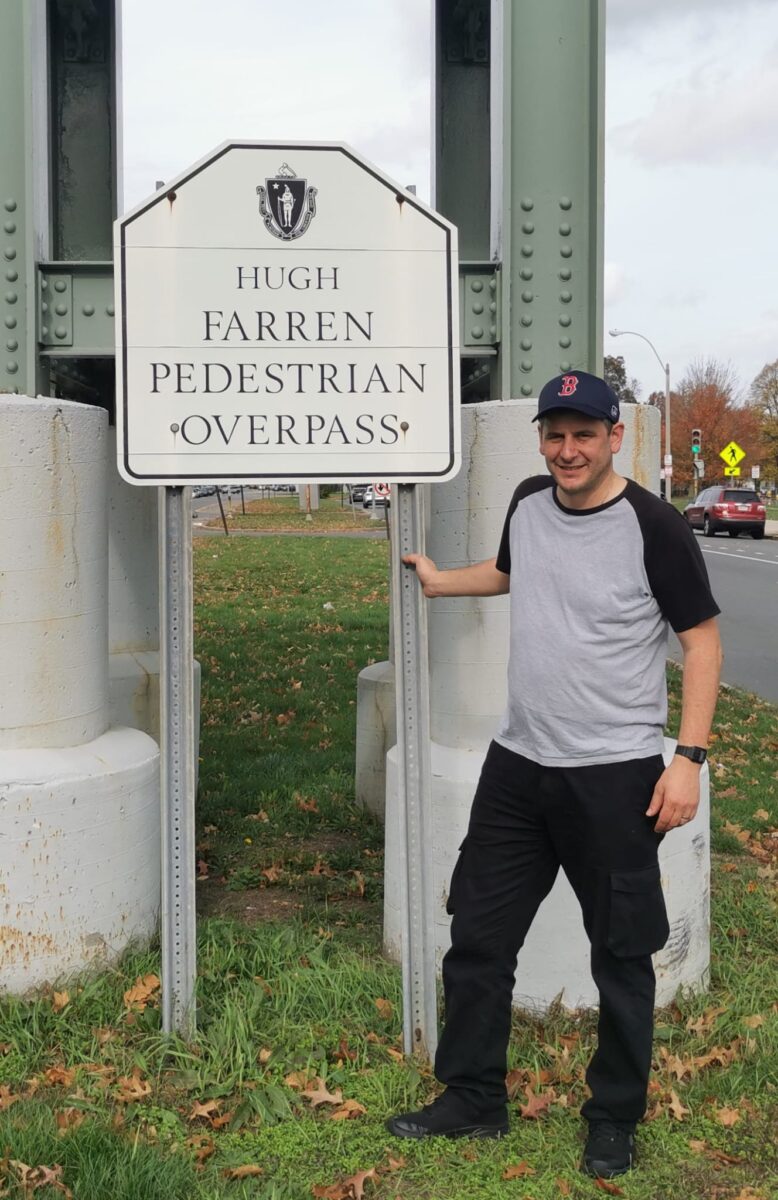 So much more has come from the visit, he said, and he now has at least four groups of relatives on their way to Farren’s in the years to come.

“I got so much out of it personally. But the bigger picture down the line is I will have cousins coming back home. Without this happening we probably would have lost contact and never met up,” Hugh said.

“I am indebted to the Donegal Association for that alone.”

Donegal hero’s long-lost medal back in the hands of proud family was last modified: November 8th, 2022 by Rachel McLaughlin
FacebookTweetLinkedInPrint