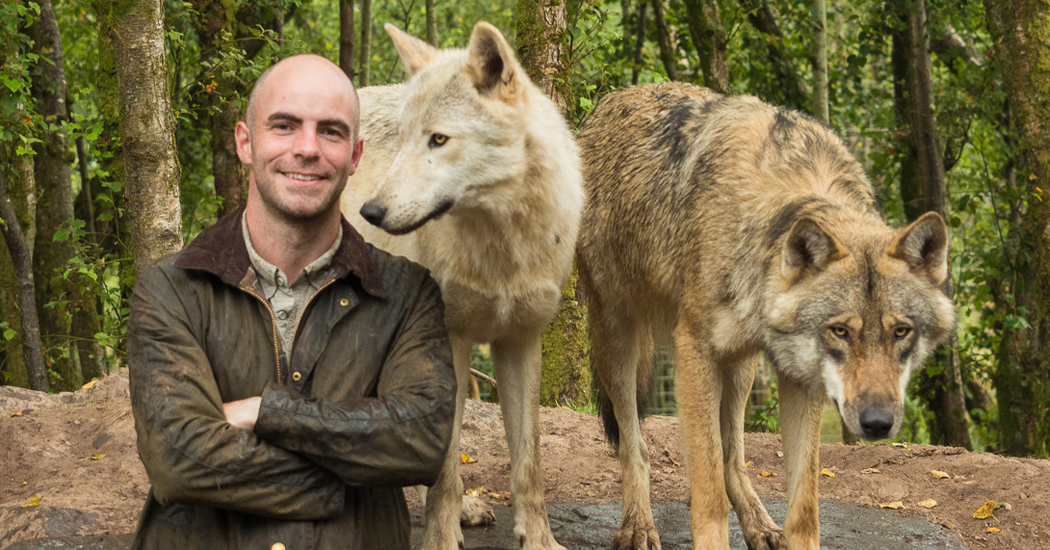 The owner of a wildlife park in Co Donegal wants wolves reintroduced to the wild in Ireland to cope with the deer population across the country.

Killian McLaughlin, who founded and runs the Wild Ireland wildlife park in Inishowen, was speaking following a number of accidents involving deer and motorists.

An ambulance in the Dungloe area was damaged recently when it was struck by a deer and there have been several crashes in recent weeks involving deer.

Mr McLaughlin believes that the reintroduction of the wolf as the ‘apex predator’ in Ireland will help control the increasing number of deer which he says is “at boiling point.”

The former solicitor who now spends all his time running his wildlife park at Burnfoot says the reintroduction of wolves could not only prevent roadside accidents but also prevent the spread of Lyme Disease and TB as well as save the many hundreds of acres of crops damaged by deer each year.

He said “I think it is something we at least have to look at as part of an eco system restoration plan.  We are only seeing now the damage which is being caused by deer which I believe is at boiling point.

“We are only now seeing the impact of deer in Ireland now that they do not have a predator. Something has to be done to stop the deforestation they are causing as well as the spread of Lyme disease, the damage to crops and of course the increasing number of road accidents we are seeing in places like Donegal,” he said.

Mr McLaughlin said he is not simply talking about releasing a pack of wolves into the wild to allow a “free for all” but suggests a managed approach pointing to similar programmes across Europe.

The last recorded wild wolf to be killed in Ireland was in County Carlow in 1653 after Oliver Cromwell put a bounty on the heads of the animals in a bid to wipe them out.

However, wolves now exist in the wild across most of mainland Europe including Belgium, Italy, Poland, Spain and France and are not considered a danger to either animals or humans.

McLaughlin said there are very few recorded incidents of wolves attacking people as the creatures prefer to stay away from humans.

He points to the increase in Lyme Disease in Ireland and suggests sick deer are a major part of the spread of the disease.

“With respect, I would much rather be in a car accident with a deer than be struck down by Lyme Disease. Its is a terrible disease. The Tick bites the deer then bites the person and can spread this awful disease.

“A natural cull of deer, especially sick ones could prevent the spread of such diseases as Lyme Disease and TB.

He added “I would like if people just parked the obvious fear for a time and looked at the facts and the data on wolves, especially the data from other countries where they exist and co-habitate and are not considered a threat. ”

Sick and lame deer will be the animals taken by wolves, according to McLaughlin meaning diseases such as TB will also be kept under control by a planned reintroduction of the species.

He also says that a study in America where wolves were introduced in Wisconsin showed a decrease of 75% in road accidents involving deer because wolves were shown to hunt along the highways and byways of the road system.

He adds “I appreciate that there is a historic fear of wolves and what they stand for and the fairy tales such as Little Red Riding Hood but that couldn’t be further from the truth.

“The data is there to prove that wolves can co exist in countries like Belgium which has over eleven million people and a smaller area size than Ireland.

“I think if we look at it logically then we not only could start a reintroduction programme to naturally cull deer but we should consider it.”

The wildlife enthusiast, who featured on the hugely popular RTE television series ‘Return of the Wild’, says a reintroduction programme could have even more benefits than just keeping the rampant deer population under control.

“Could you imagine the benefits for eco tourism for a place like Donegal if wolves were reintroduced? It could have huge benefits not just from a financial point of view but also from an education perspective.

“And in the same way as those who worked with concerned farmers when the Golden Eagle programme began, we could plan a compensation scheme for those who allowed their lands to be used by wolves or by those few farmers who happened to lose hill sheep.

“All I am asking is that people view the idea with an open mind, to read the data and the experiences of other countries where wolves co-exist and to make up their minds then” he said.

However, getting people to open their minds and their hearts to wolves could be a difficult prospect if the divided reaction on McLaughlin’s Wild Ireland Facebook page is anything to go by.

One local Donegal county councillor has already shut his door to the proposed plan.

Councillor Michael McClafferty from Falcarragh said the idea was a “non runner” as far as he was concerned.

He added “No livestock will be safe or the public alike. I will fight this idea all the way.

“We can fix the fences in Glenveagh National Park and bring in plenty of shooters to cull the deer and that will go a long way towards keep the number of deer under control. Wolves won’t.”