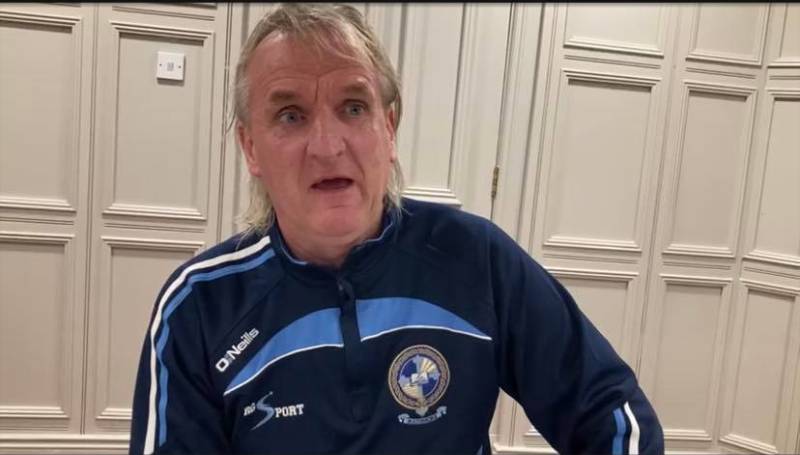 Exclusive: ‘I have no regrets’ – Ollie Horgan on his Finn Harps tenure

Ollie Horgan says he can’t have any regrets in staying on for the 2022 season as he parts ways with Finn Harps after nine years.

Horgan was ready to leave last year but he had a change of heart and despite it ending in a disappointing note this season with relegation, he says he doesn’t regret having one last go.

“Last year I felt it was the right time to go in my head, but my heart said something different, we knew how difficult it would be. A lot of the players had already gone but it’s still no excuse for finishing bottom of the table and I take full responsibility for that.

“We gave it everything and it came up short, whatever criticism is out there, it wasn’t for the lack of effort.

“I think I probably needed to go for the good of myself and the good of the club to be fair and the chairman needed it to change things, and I’ve no problem.

“The results last year doesn’t merit anyone in staying in a job and of course it’s a disappointing end but probably the good times outweigh the bad times hopefully in people’s opinion.”

He added: “With the supporters they didn’t turn on me or the players to their utmost credit. I think there was a bit about them and there was games where they should have booed me off the pitch and they didn’t and I’d love for Finn Harps to get promoted for them.

“I do hope whoever comes in can get Finn Harps back up to the Premier Division and I mean that from the bottom of my heart.

“I’ll go and support Finn Harps from a distance. It’s not the hurt of leaving, it’s the hurt of getting relegated.”

Watch the full interview and what Ollie had to say to Charlie Collins below:

Exclusive: ‘I have no regrets’ – Ollie Horgan on his Finn Harps tenure was last modified: November 9th, 2022 by Staff Writer
FacebookTweetLinkedInPrint