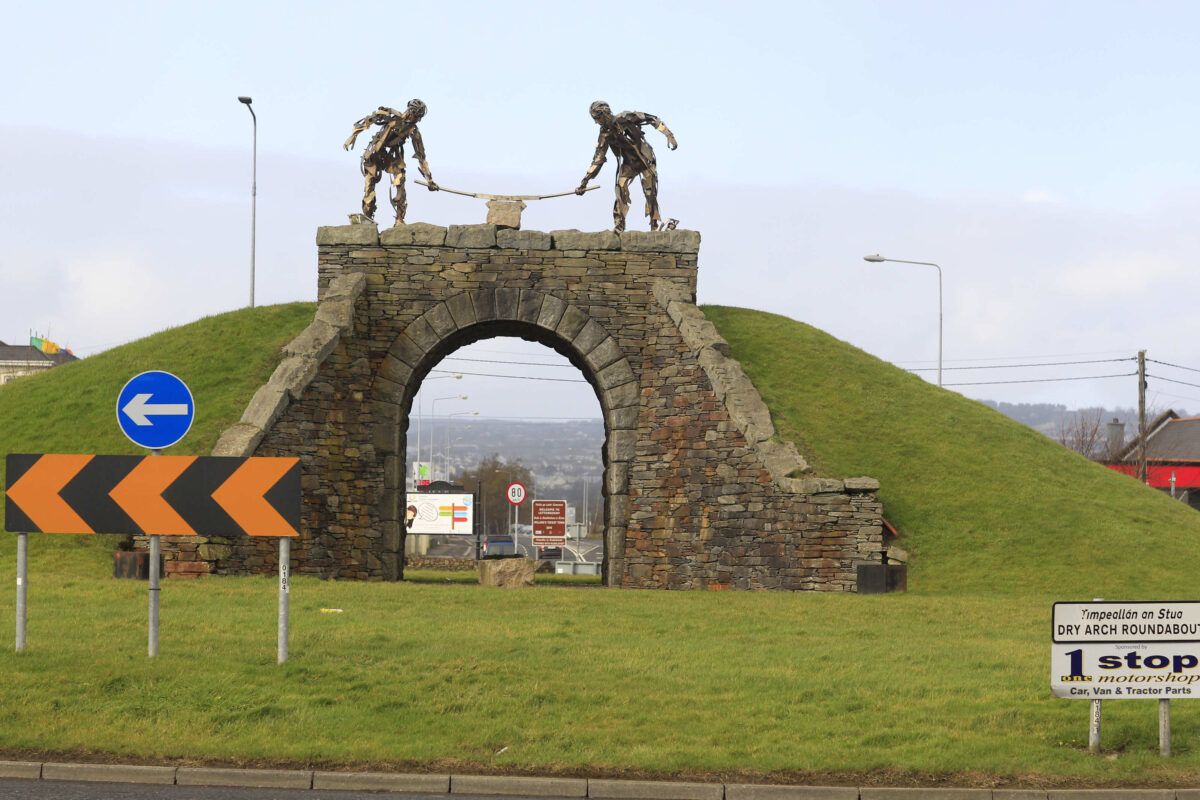 Donegal County Council is seeking to upgrade a manhole to prevent any more incidents of flooding at the Dry Arch roundabout in Letterkenny.

The busy roundabout was heavily flooded on a number of occasions over the past fortnight, causing severe delays on the main artery into Letterkenny. Councillors reported a river of water coming down to the Dry Arch from a field during incidents of heavy rain.

The council is seeking funding from the TII to carry out works to prevent future blockages, Letterkenny-Milford councillors were told this week.  Extensive work was carried out in the Bonagee area over the last week to detect blockages, while it took a week to clear the debris uncovered in drains in the area.

Cllr Gerry McMonagle, who encountered the flood twice in one day, said it made no sense for Letterkenny to have the dual carriageway and a Four Lane road for them to be victims of continuous flooding.

Cllr McMonagle said the flooding on the dual carriageway was also a serious problem dating back at least 30 years. He recalled having to tow the late Councillor Eddie Fullerton out of a deluge prior to 1991.

Cllr Michael McBride also raised a motion with the Municipal District this week seeking that a remedial plan is put in place as soon as possible.

Cllr McBride said it was unacceptable for the main road to have that level of flooding and he called for a maintenance programme to check drains every six months to ensure the area is clear.

Cllr Donal Coyle added his praise to the council for their work clearing an immense about from blocked drains and gullies. He said that the drain blockage was directly behind a local house where the resident’s back garden was beginning to flood. “It’s something I hadn’t seen before up to three weeks ago,” Cllr Coyle said.

In response, David McIlwaine, Executive Engineer, said that the council is seeking a longer term solution with the replacement of a manhole. He added that the dual carriageway flooding should be investigated.