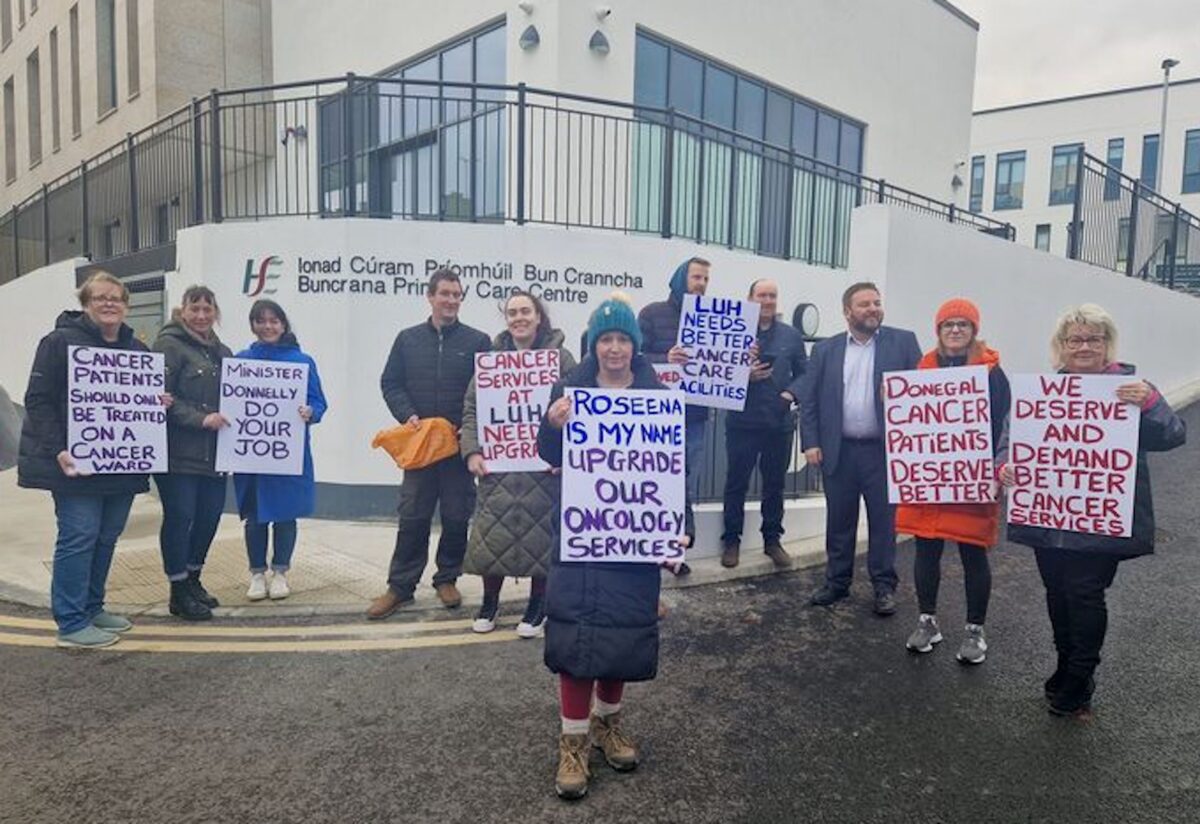 Roseena Doherty (Toner) from Clonmany is undergoing treatment after being diagnosed with leukaemia in May 2021.

The holistic therapist and mum of five underwent a life-saving bone marrow transplant earlier this year.

As her treatment continues, she has seen the dire need for more facilities and more services in Donegal.

Over the past few weeks, she has gathered thousands of signatures calling for improved services in Letterkenny.

She has also been seeking a meeting with the minister. 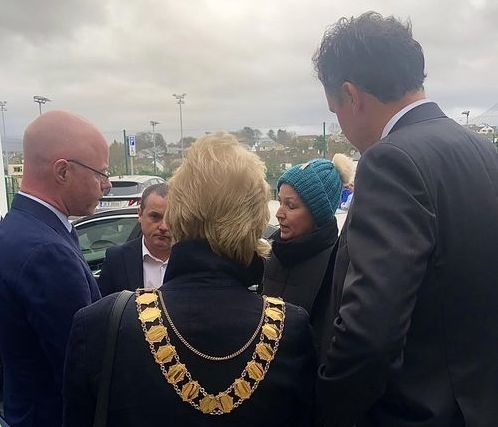 Roseena got the opportunity earlier today, after standing in the rain outside Buncrana Primary Care Centre.

The minister was there to officially open the new multi-million facility.

She, politely, got her message across and also handed over a petition with thousands of signatures.

“The minister was running late due to the road closure in Fahan, so I wasn’t really expecting to meet him,” she explained.

“He, much to my surprise, gave me about 20 minutes of his time and didn’t rush me, he let me talk.”

Roseena also said Minister Donnelly took great interest in her story, and asked her a number of questions.

“I felt very satisfied and the fact he gave me time, when he did not have it, was nice. He even asked to meet my supporters, which included my family, partner and friends. He was very obliging, even though he didn’t have to. I also had great support from local politicians today, including Minister Charlie McConalogue.”

Commending Roseena and her supporters, Deputy Padraic MacLochlainn said: “But she shouldn’t have had to stand outside in the cold and protest to get some time with the Minister to make her case.”

Roseena opened her heart in an exclusive interview with Donegal Daily two weeks ago.