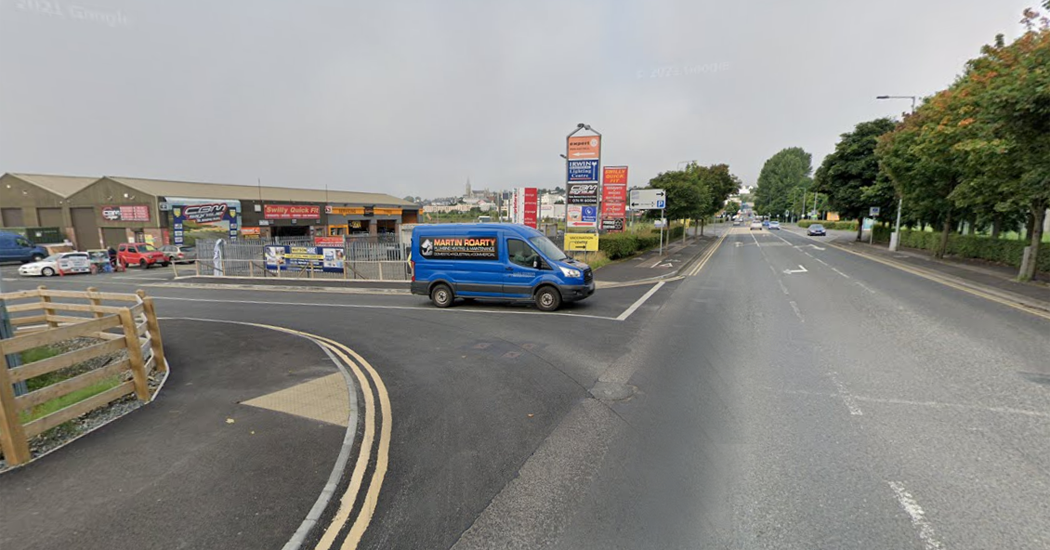 Yellow box on the way for busy Letterkenny junction

A yellow box junction will soon be designated at the Port Road/Joe Bonnar Road junction to alleviate traffic issues.

The call for the yellow box was made by Letterkenny-Milford Mayor Donal ‘Mandy’ Kelly this week, who said there is an issue of cars being blocked up while attempting to turn in the area.

Cllr Kelly said motorists will be able to access the new Joe Bonnar road more safely and quickly with a yellow box.

“We have seen since this road (Joe Bonnar) opened it’s got busier and busier and it’s been a great success,” Cllr Kelly told this week’s meeting of the Letterkenny-Milford MD. He said there are a lot of businesses at the top of the road which would benefit from a safer junction.

In response, the council said the local roads team is in contact with the road markings contractor to get the works completed “as soon as possible”.