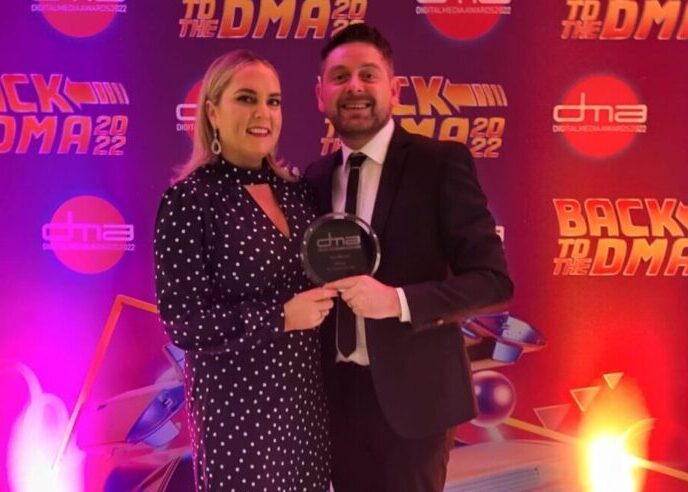 Letterkenny-based Tommy Callaghan, of Manna, impressed judges with his work on the An Grianan Theatre website to land the overall Best Website award.

He was also shortlisted for his design of the Retail Ireland Skillnet website in the same category.

Now in their 19th year, the Digital Media Awards are the most prestigious digital awards in Ireland.

Speaking to Donegal Daily, a delighted Mr Callaghan said he was over the moon after winning the award.

He attended the glitzy ceremony in Dublin with his wife, Ruth (main pic). 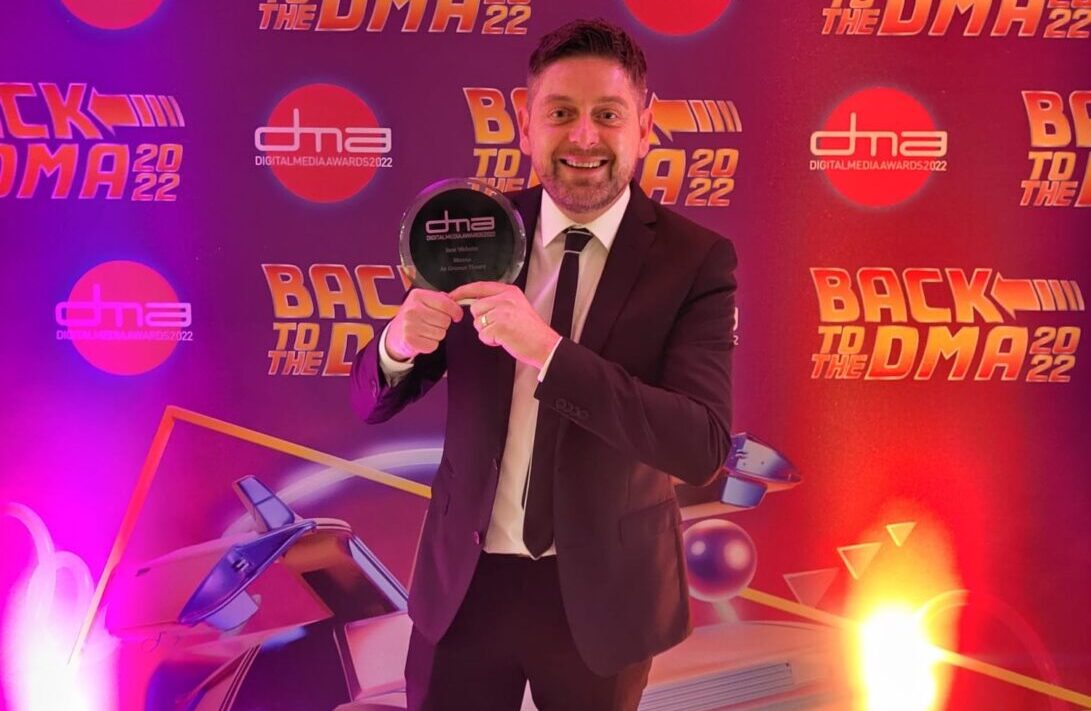 Happy Manna… Tommy with his award.

“There were a few big agencies up against me, and I’m a one-man operation, so I was delighted to get the Gold,” he said.

“It was great that I won the award, and shortlisted for another, for work on a Donegal website too.”

A former student of Letterkenny IT (ATU Donegal) he also studied design at Dún Laoghaire IT.

Originally from Castlefin, Tommy is also well known around the north west as being one of the members of the popular band, Heads of State.

To see more examples of his work, log on to www.mannadesign.net