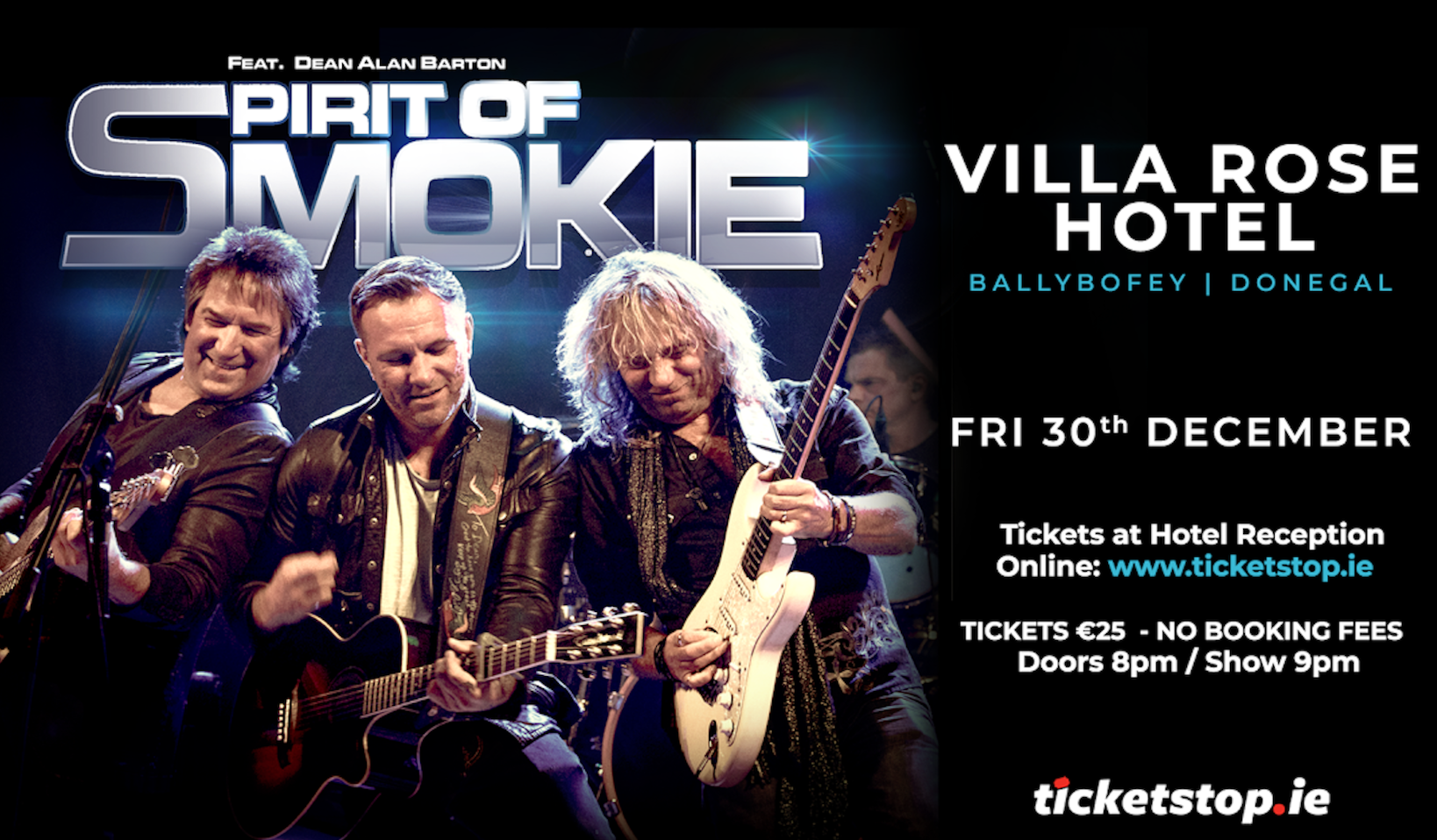 Spirit of Smokie at The Villa Rose – get your tickets now!

The fantastic ‘Spirit of Smokie’ is coming to rock the Villa Rose Hotel in Ballybofey on December 30.

If you book now, you’ll be in with a chance of winning two FREE tickets – an ideal Christmas gift!

Simply book by clicking on the following link and you could be one of the luck winners.

Dean Barton, son of late ‘Smokie’ frontman Alan Barton, will perform the band’s greatest hits in what will prove to be a great night of nostalgia in Ballybofey.

Alan tragically died on March 23, 1995, in a Cologne hospital as a result of an accident involving the band’s tour bus.

In 2008, his son Dean united with Alan’s song writing partner and guitarist, Andy Whelan, to form ‘Spirit of Smokie’.

In the years prior to his father’s death, they were working on material for his second solo album but due to his untimely death, the album was never completed.

The band is now touring and performing the greatest hits of the original Smokie line-up throughout Europe and Asia to great acclaim.

Book your tickets now to see this amazing, world-famous, band on their Irish tour by clicking on the following link.