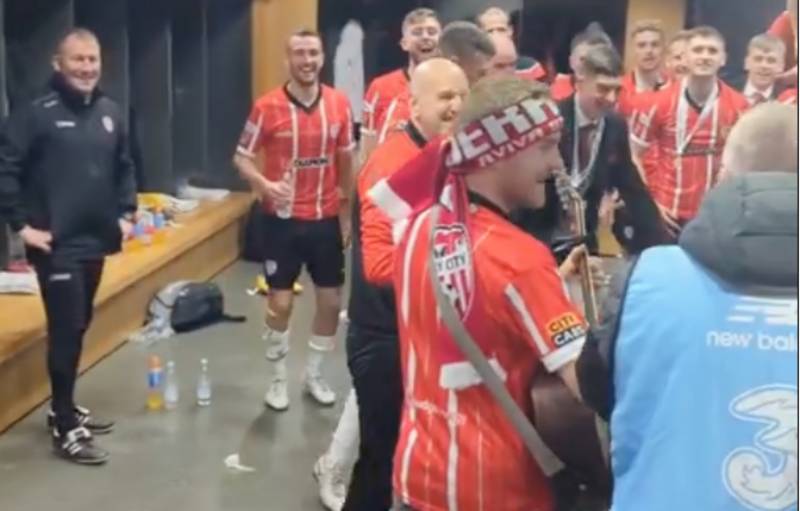 Derry City eased to victory in the 2022 FAI Cup Final as a Jamie McGonigle goal, a double from Cameron McJannett and a Jordan McEneff penalty in added time sealed a 4-0 victory for the Candystripes against Shelbourne.

And the party didn’t stop when Derry captain Patrick McEleney lifted the cup, as the players took to the dressing room where they enjoyed a singsong with Michael Maloney.

The video on Derry City’s Instagram show’s the Ardara native coming in dressed in the red and white colours of Derry, with a Derry scarf tied around his head and a guitar in hand.

And it turns into a loud rendition of his hit song ‘What Do You Want to Know’, which has over 4.5million streams on Spotify.