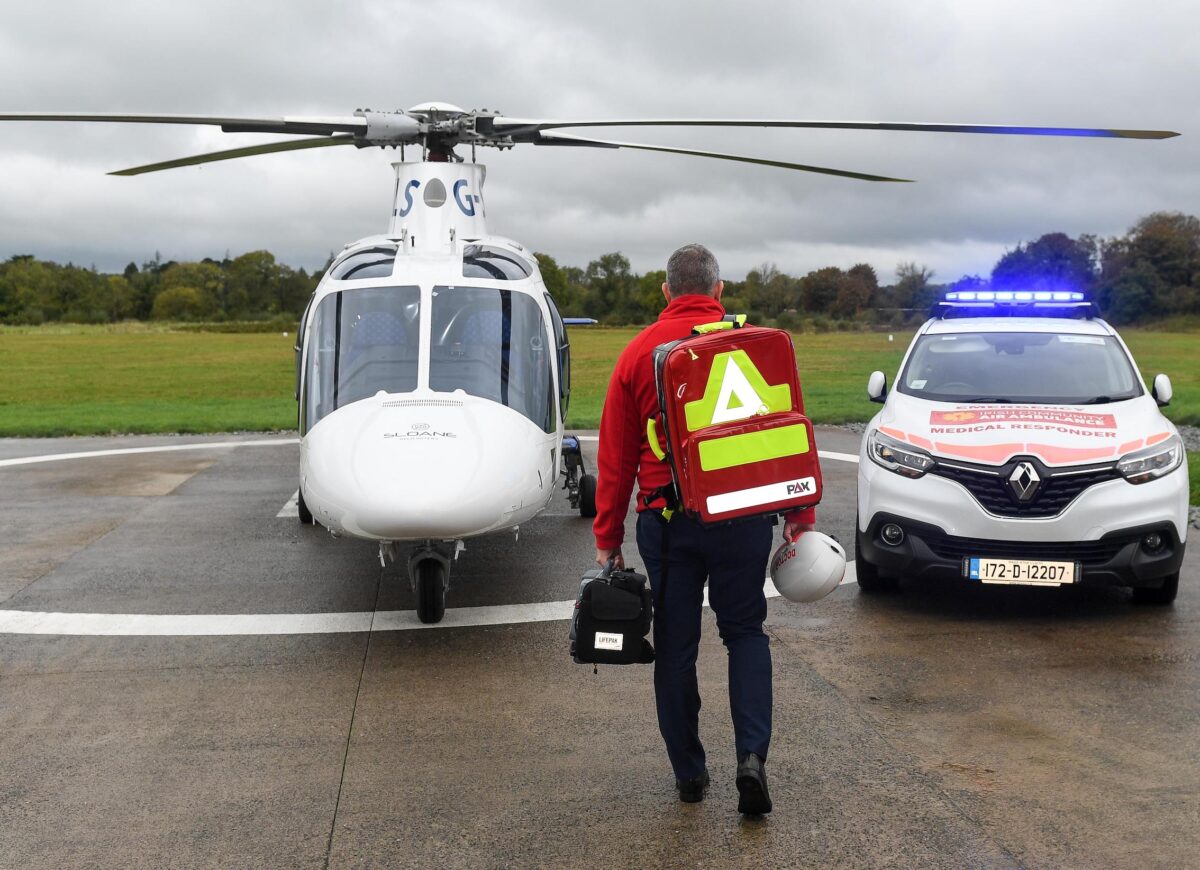 The Irish Community Air Ambulance has responded to 92 Donegal incidents so far this year.

Two of the organisation’s volunteer doctors were tasked to the tragedy and were in a position to establish two temporary Intensive Care Units at the scene to treat the most injured, with the support of the National Ambulance Service.

There is also an emergency medical response team, and vehicle, based in the county.

The vehicle is used by a consultant in emergency medicine who volunteers with the organisation.

The helicopter is based in Cork and that’s where the organisation is headquartered, however, there are ground teams located across the country, including Donegal.

Now, the service has launched a new campaign to further expand its team of Volunteer Emergency Medical Responders and to supply them with vital equipment and new specialist response vehicles.

The charity’s ground-based teams have responded to more than 500 medical emergencies during the first 10 months of the year around the country.

This Christmas, the Irish Community Air Ambulance is asking businesses and supporters to donate whatever they can through its website. A basic responder bag costs €1,500, enhanced responder bags are €3,000 and assessment kits cost €200.

The organisation now has a network of responders on the ground in Dublin, Mayo and Donegal.

It works in partnership with the National Ambulance Service and is tasked to treat serious and life threatening emergencies.

The Irish Community Air Ambulance plans to invest €180,000 in upgrading three of its existing rapid response vehicles in 2023.

More vehicles, staffed by volunteer responders, are due to take to the roads next year in counties Meath, Kildare, Wicklow and Waterford. That will bring the total number of critical care doctors volunteering with the service to nine.

Micheál Sheridan is CEO of the Irish Community Air Ambulance.

“Our Volunteer Emergency Medical Responders are highly qualified and the majority work as Consultants and Specialist Registrars in Emergency Departments across the country,”

“They are willing to leave their families to respond to serious incidents and major emergencies in their local areas whenever they can, often late at night, early in the morning and at weekends. Their unique skill sets and expertise allows them to carry out life saving measures at the side of the road, in homes and workplaces. We want to expand our ground services to new locations across the country; however, we need the support of community fundraisers, donors and businesses to be able to do that.”

In September, the charity launched a fundraising campaign to raise €100,000 to purchase portable ventilators. The target has been reached and the advanced life saving equipment is set to be installed in each critical care vehicle next year.

For more information about the Irish Community Air Ambulance or to donate visit: https://communityairambulance.ie/