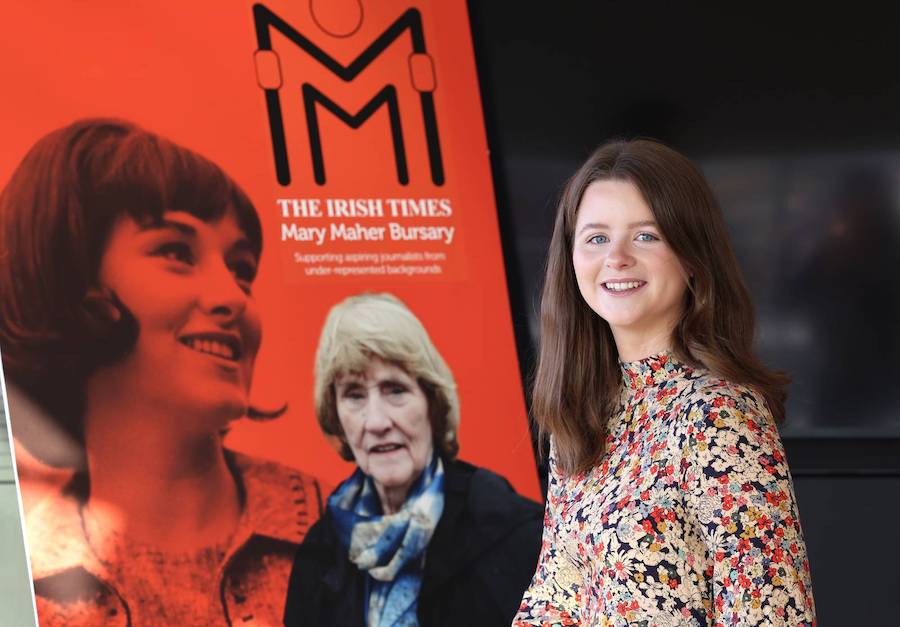 A young woman from Gartan has become the first recipient of a major new bursary from the Irish Times.

Catherine Mellett, who has just started a BA in journalism at Dublin City University, has been awarded the first Mary Maher Bursary.

As part of the bursary, the 19-year-old will have her fees paid for the duration of the degree programme and get financial support for accommodation as well as paid placements with The Irish Times Group titles during college holidays each year.

When she successfully completes her studies, she will be offered a fixed-term contract by the newspaper group. She will also be mentored through her studies by a senior Irish Times journalist.

At an event in The Irish Times building on Dublin’s Tara Street on Monday afternoon, Ms Mellett – who goes by the name Katie – said the bursary had come as “a huge shock” but one she had been “incredibly grateful” to get.

She said that from a very young age she had always had “a huge interest” in journalism and could not wait “for the future to come and the opportunities from this bursary.”

The Mary Maher Bursary aims to help students from backgrounds under-represented in the media and who face challenges in achieving a degree in journalism. It was created in memory of the pioneering journalist, feminist and social justice activist who worked with The Irish Times over a career spanning five decades.

In addition to her pioneering work with this newspaper, Maher was also a founding member of the Irish Women’s Liberation Movement in 1969 and campaigned for equality with a passionate and committed group of activists. She died in November 2021.

Congratulating Ms Mellett on receiving the bursary, Irish Times managing editor Deirdre Veldon said it was fitting it had been awarded to someone who, like Mary Maher, was in journalism to “make a difference” to people’s lives.

“Once Mary Maher took up a cause, she pursued it relentlessly. She is the ideal person to lend her name to a diversity and inclusion bursary which seeks to open a career in journalism to anyone, regardless of their background,” Ms Veldon said.

* This article and photograph has been reproduced with kind permission from the Irish Times.