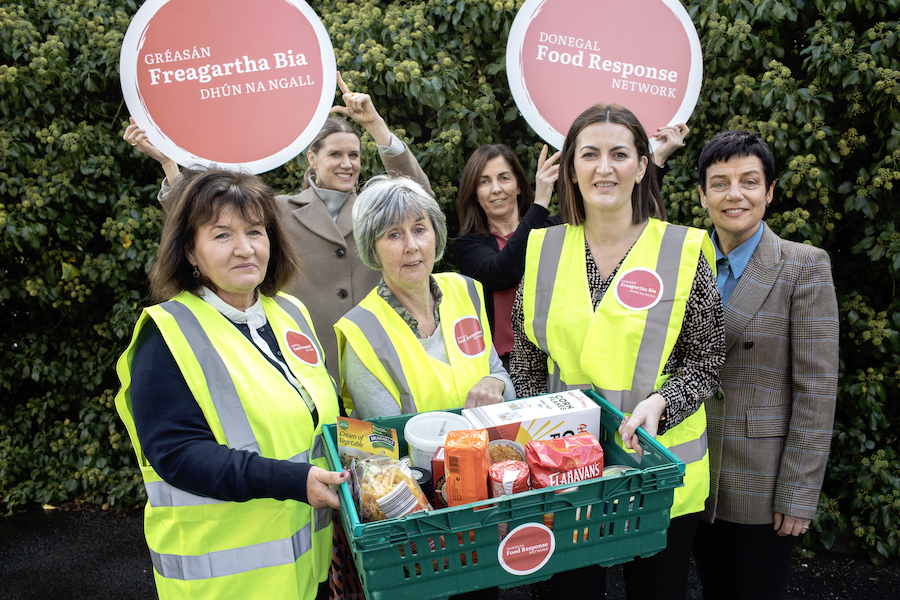 Following on the success of last year, the appeal will take place in locations all over the county. On the day, community and voluntary organisations throughout Donegal will open their doors to welcome donations of food, vouchers, cash, or gifts which will be distributed to those in need in their local community this Christmas.

“Food poverty is an ever-growing problem in our society and there’s been a significant increase in the number of families and individuals around the county who are affected and availing of support from the Donegal Food Response Network members. Christmas is an expensive time of year and with the cost-of-living crisis, people are having to choose between essential basic needs, which is why this year’s appeal is more important than ever.”

Margaret continued. “Last year the Christmas Appeal was a huge success. We were overwhelmed with the generosity, goodwill and charitable spirit shown by communities all over the county. We understand that this year is especially tough on everyone, but we urge those who are in a position to help others to head to your nearest donation point on Friday, 18th November and give whatever you can to support those in need and to help us ensure that no one in your community goes hungry this Christmas.” 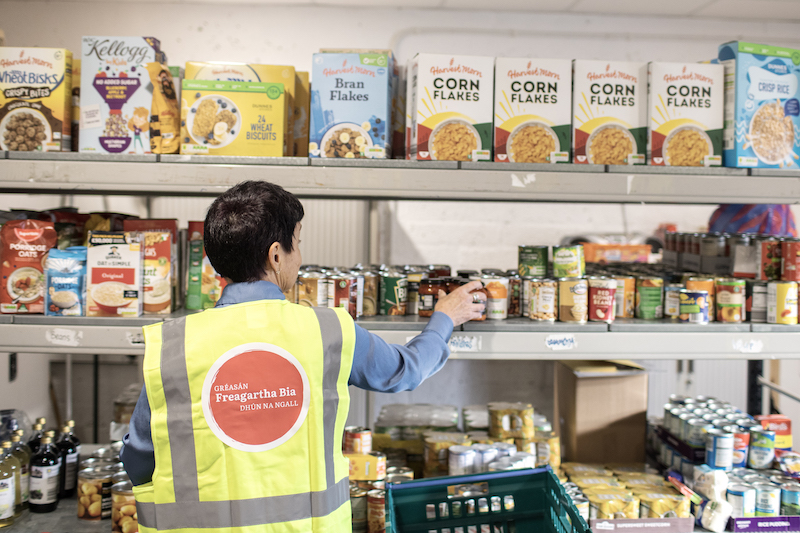 Food banks in Donegal are appealing for donations of non-perishable food, vouchers, cash, or gifts.

The Donegal Food Response Network is specifically looking for non-perishable, dry foods such as tinned foods, rice, pasta, and cereals. Treats will also be very welcome too as part of the Christmas fundraiser. 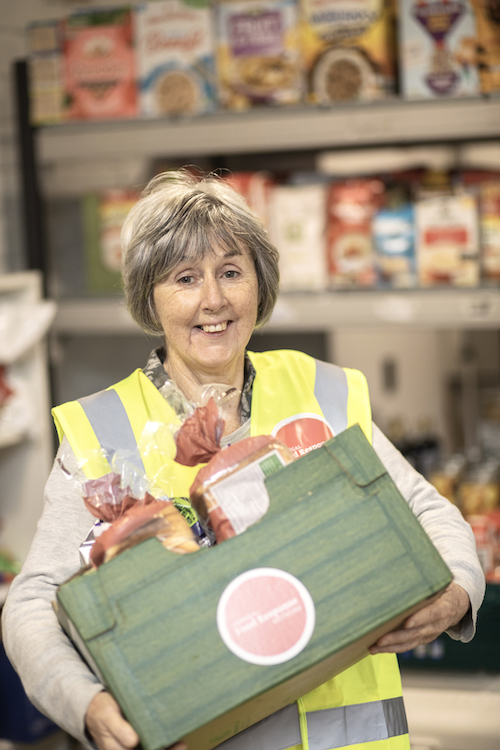 Moira Sweeney is a volunteer at We Care Food Bank in Letterkenny and has noticed a significant increase in the number of people availing of the service.

Commenting on the importance of the various food banks around the county, Moira Sweeney, a volunteer and secretary of We Care Food Bank Letterkenny, said: “We were extremely grateful for all the donations we received during our Christmas Appeal last year. All donations, no matter how big or small, make a huge difference and have such a positive impact on the service and number of families and people we are able to help. We have noticed a significant increase in the number of people who are coming to us to avail of the service and some days we have queues going out the door. We want people to know we are here for them and that we can help them with accessing food. The Donegal Food Response Network members are based in rural locations throughout Donegal, which means more people can access food in their own area discretely and confidentially.”

The following venues will be open on Friday, 18th November and will gratefully be accepting donations: 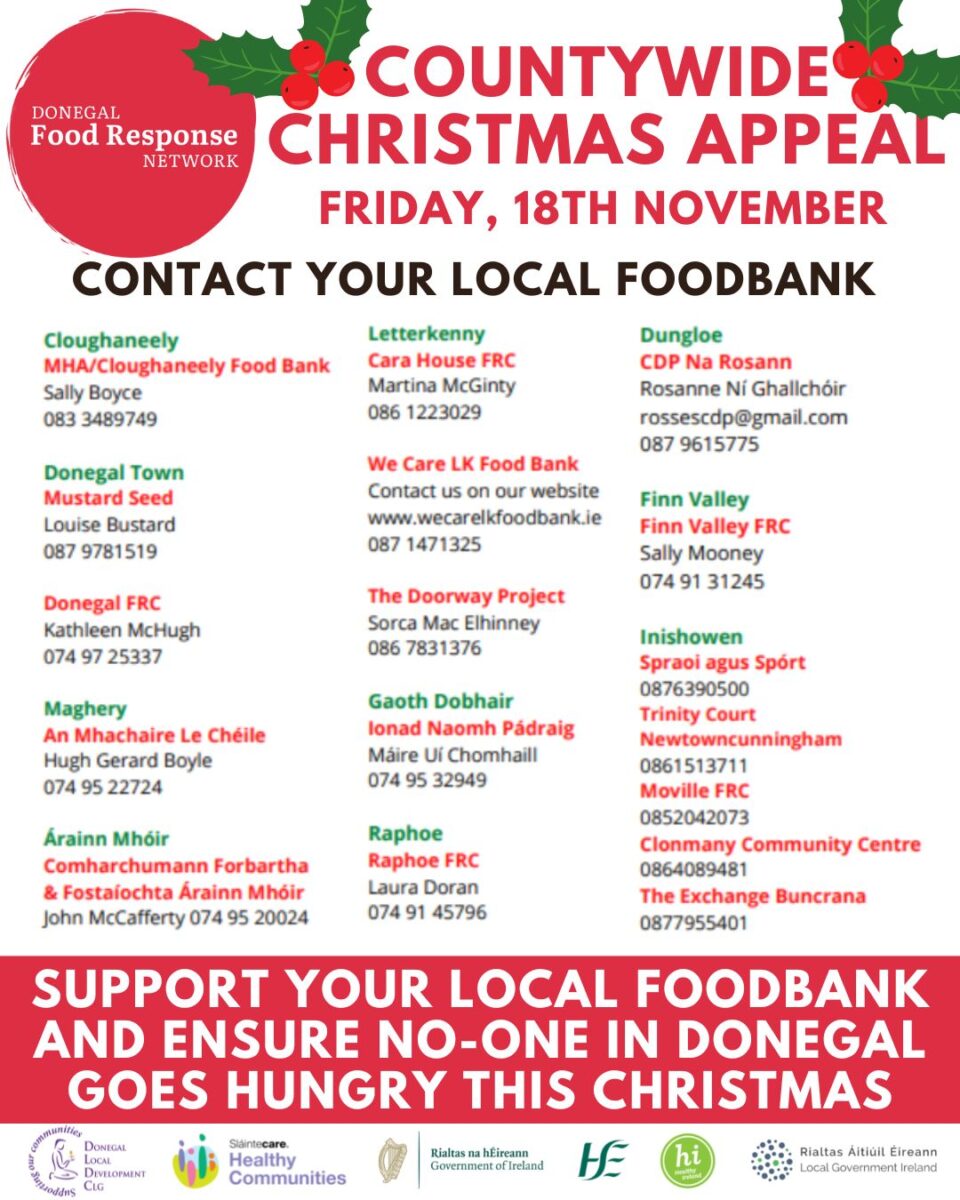 Donations received in each area will be distributed to those in need in that specific community.

For further information on the Donegal Food Response Network, contact DLDC on 074 91 27056.