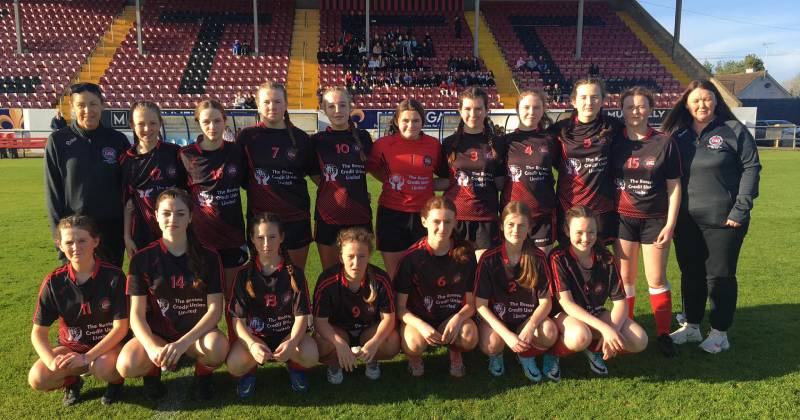 The opening goal of the Cup tie came 11 minutes in when Wallace slotted home from just inside the box and the lead was doubled two minutes later when captain Elisha Boyle converted swiftly.

Boyle was again on hand for the third Rosses’ goal midway through the half.

Chelsey Quinn gave Thomond a lifeline with a minute to go until the break, but the two goal deficit was short lived as Wallace made it 4-1 at the interval.

Thomond then mounted a superb comeback attempt, with Abbie Ayawe scoring a minute into the second half but Wallace completed her hat-trick on the hour mark, and a minute later, Cassie Neill made it 5-3.

Awaye then made it 5-4 with just a couple of minutes to go but the Donegal girls saw out the win and deservedly took home the trophy.

The girls then received a fantastic welcome home at the Rosses Community School last night.