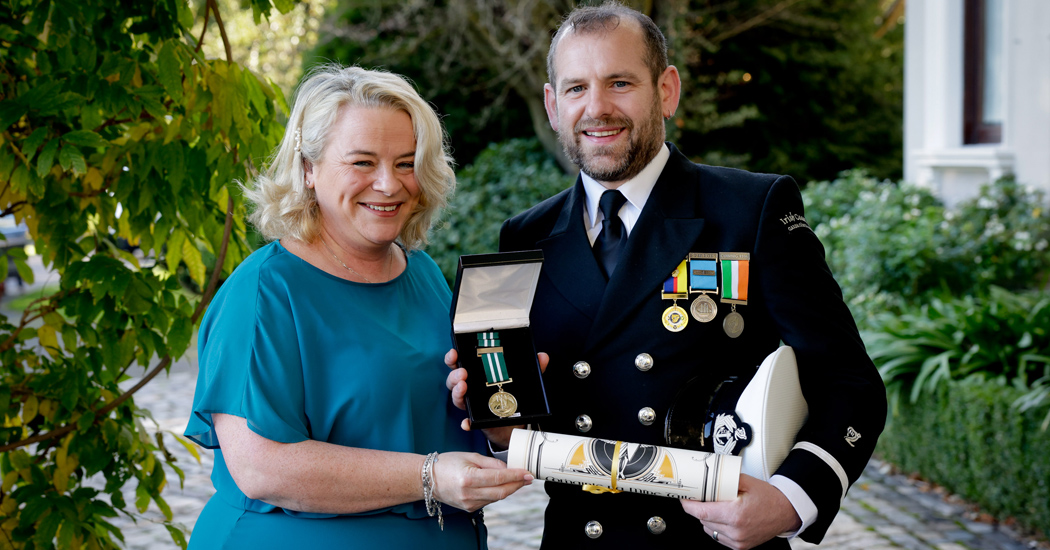 Kevin Barr of the Greencastle Coast Guard has today been awarded a Gold National Bravery medal for saving the life of Geraldine Mullan.

Kevin rescued Geraldine from Lough Foyle on the fateful night of Thursday 20 August 2020.

Geraldine, her husband John and their children Tomás (14) and Amelia (6) Mullan were travelling home from a family evening in Derry when their car skidded off the road and plunged into the water at Quigley’s Point. Storm Ellen had brought very high winds and heavy rainfall across the country that night.

Kevin, an experienced member of Greencastle Coast Guard Unit, lived locally and was quickly on the scene.

The car had turned over and landed on the roof. Kevin observed Geraldine on the roof, but the waves were washing over her and she was in danger of being washed off the vehicle.

Without any hesitation, Kevin made his way with the assistance of the fire service down to the vehicle and held onto Geraldine. She was pleading with Kevin to let her go so she could be with her husband and children. Kevin held Geraldine until the other emergency services arrived and helped get her to safety.

Since that day, Geraldine has thanked all those who assisted on the night but pays particular tribute to Kevin Barr for his intervention.

For his efforts, Kevin Barr was awarded a Gold Medal by the Ceann Comhairle, Seán Ó Fearghaíl TD at a ceremony in Farmleigh House, Phoenix Park.

Geraldine joined Kevin and his family today to share in the poignant moments of the formal recognition of his brave actions. 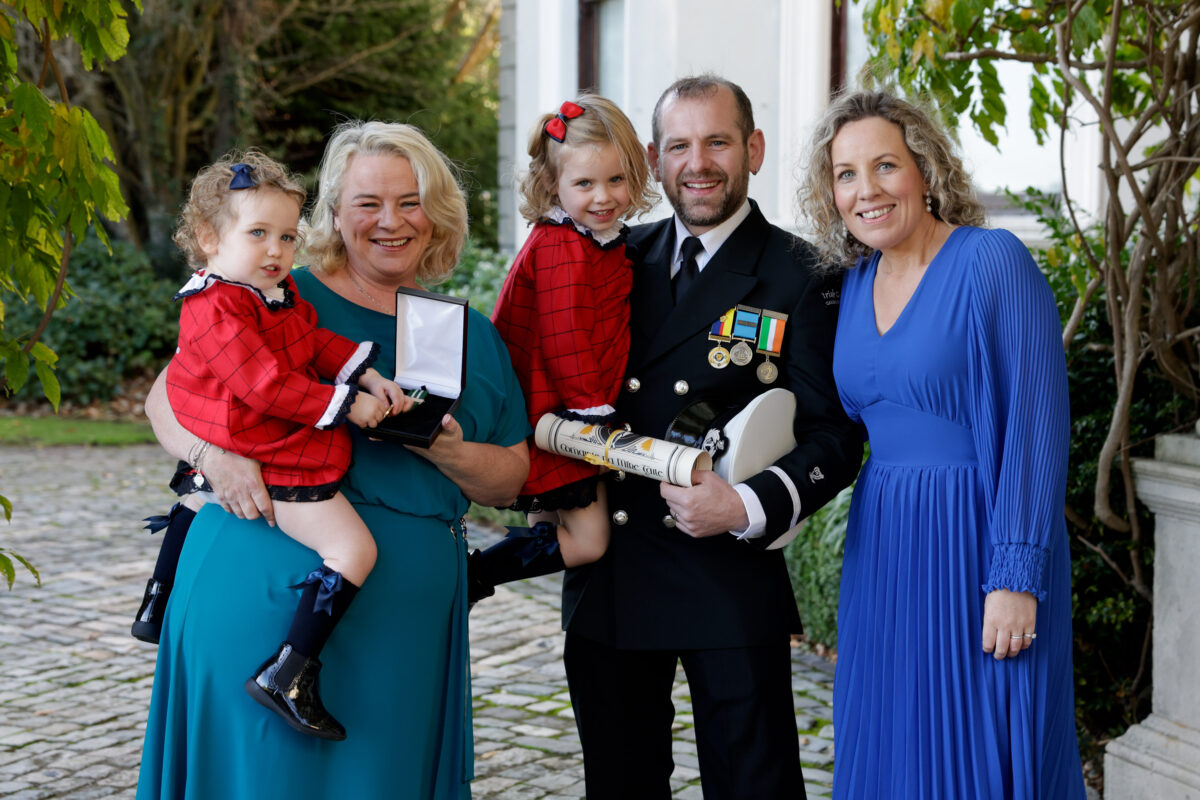 Kevin Barr with on left Geraldine Mullen and on right his wife Grace Barr and their children Tess age 4 and Kate age 2. Pic Maxwell’s

The event also honoured individuals from Carlow, Dublin, Laois, Mayo, Monaghan, Tipperary and Wicklow who also risked their own lives to aid others in peril.

The annual honours are awarded by Comhairle na Míre Gaile – the Deeds of Bravery Council – which was founded 75 years ago in 1947 to enable State recognition of exceptional Acts of Bravery. 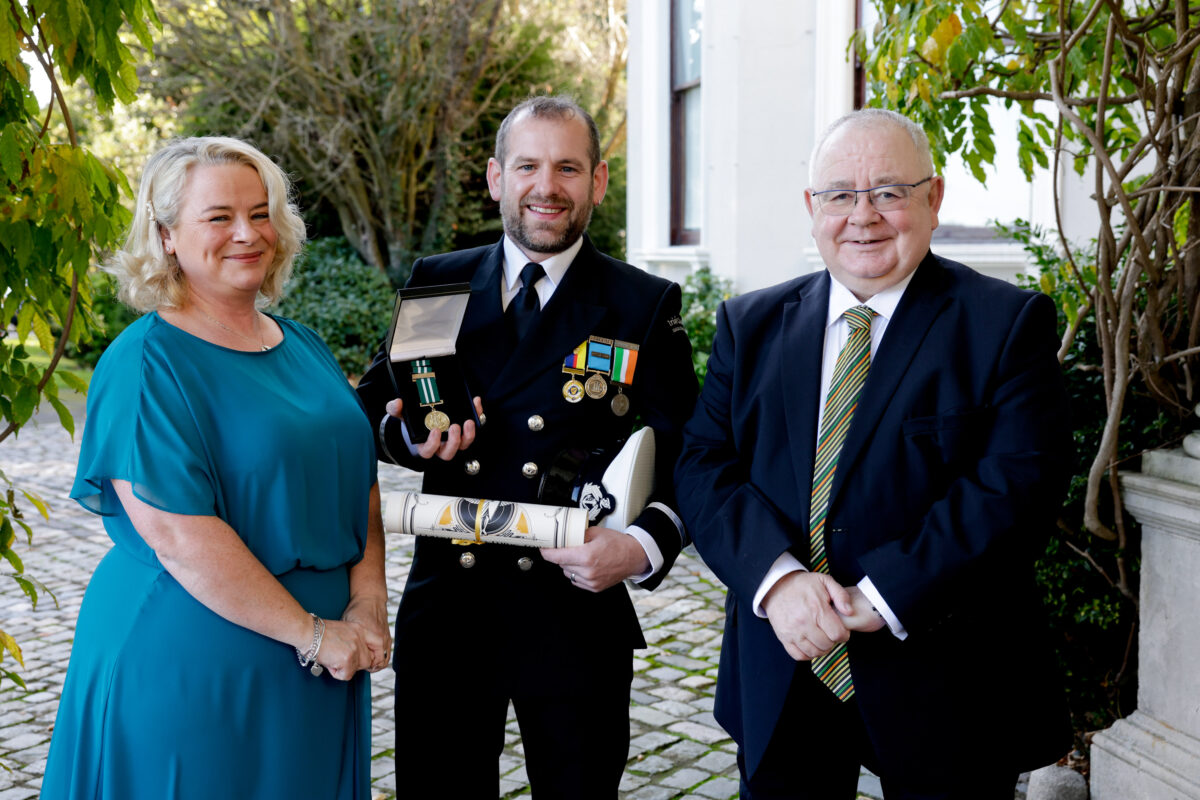