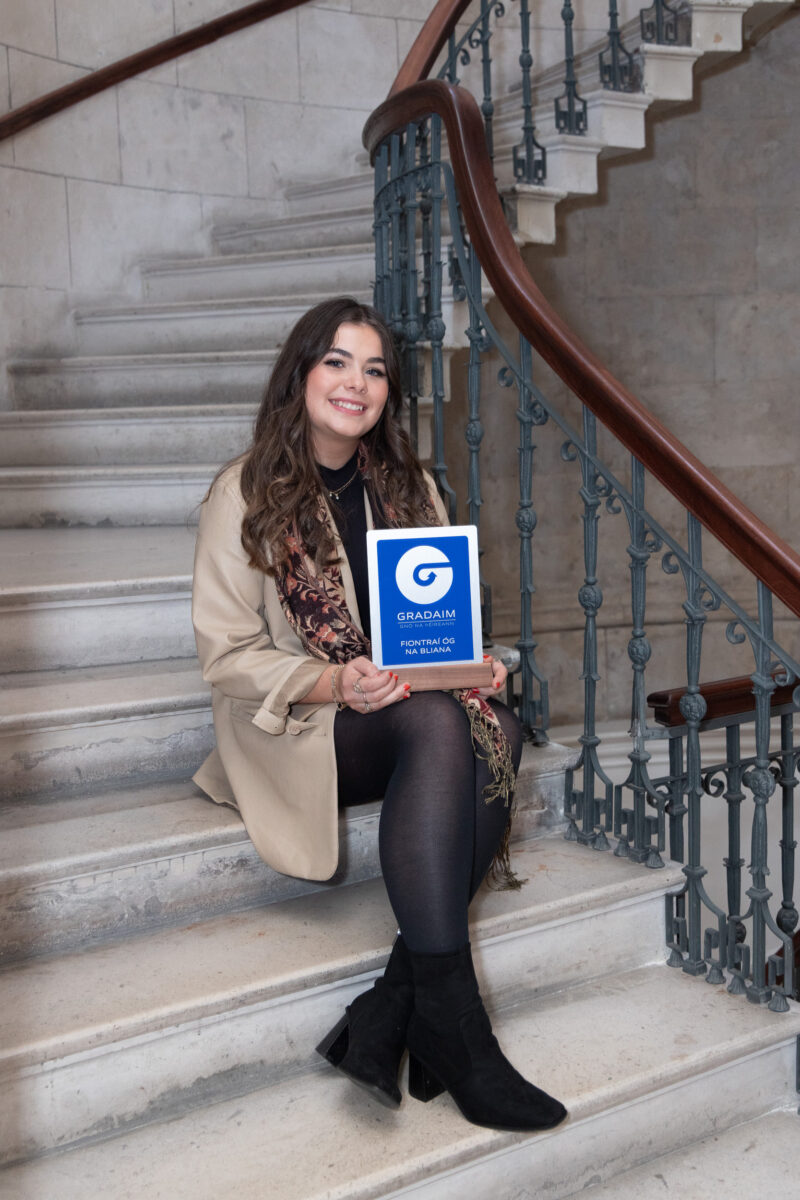 Irish Business Awards ‘GRADAIM’ plaques were presented to 43 Donegal businesses at a major event in the City Hall, Dublin on 15th November 2022.

TV Star Síle Seoighe made the presentations and Sinéad Ní Uallacháin (RTÉ) was the ‘Bean an Tí’.

This is the first year of the national recognition scheme GRADAIM Gnó na Éireann, developed by Glór na nGael, in which the work of businesses for the Irish language is celebrated.

Based on the assessment process, which took place last September Gold, silver and bronze medals were awarded to the businesses in three different categories: Signage; Marketing and Branding; Service in Irish.

Dún naGall was also recognised in the Young Entrepreneur Category, with Gaoth Dobhair native Aoibhín Ó Deá recognised for the innovation and hard-work she has shown in founding her own business, Cácaí Aoibhín, which she established when she was only fourteen.

Cácaí Aoibhín supplies cakes for shops and cafes all over the North-West Gaeltacht of Donegal as well as special occasions such as birthday cakes and wedding cakes.

Frainc Mac Cionnaith, the manager of the scheme, explained that GRADAIM plaques will inform the public of the level of service they can be expected in Irish from the participating businesses.

“For the first time ever there is a comprehensive, independent and national assessment process to provide accurate, confirmed and up-to-date information to the public, regarding the level of Irish language service and signage that can be expected from businesses.” said Mac Cionnaith.

“I commend and congratulate the businesses for their enthusiasm and commitment. I also thank the community groups around the country who are supporting the implementation of the scheme.”

Cathaoirleach of Donegal County Council, Cllr Liam Blaney stated ‘’it’s fantastic to see the hard work and commitment of Donegal businesses recognised, to preserve and grow the Irish language through their day to day services’’.

Chief Executive of Donegal County Council John G McLaughlin added ‘’I’m delighted to see such a range of businesses not just from our Gaeltacht region, but other areas including Letterkenny, providing everyday services in Irish. It’s also brilliant to see a young entrepreneur with so much initiative and passion for the Irish language growing their business across our Gaeltacht region. It shows the innovation and work-ethic we have in our DNA!’’ 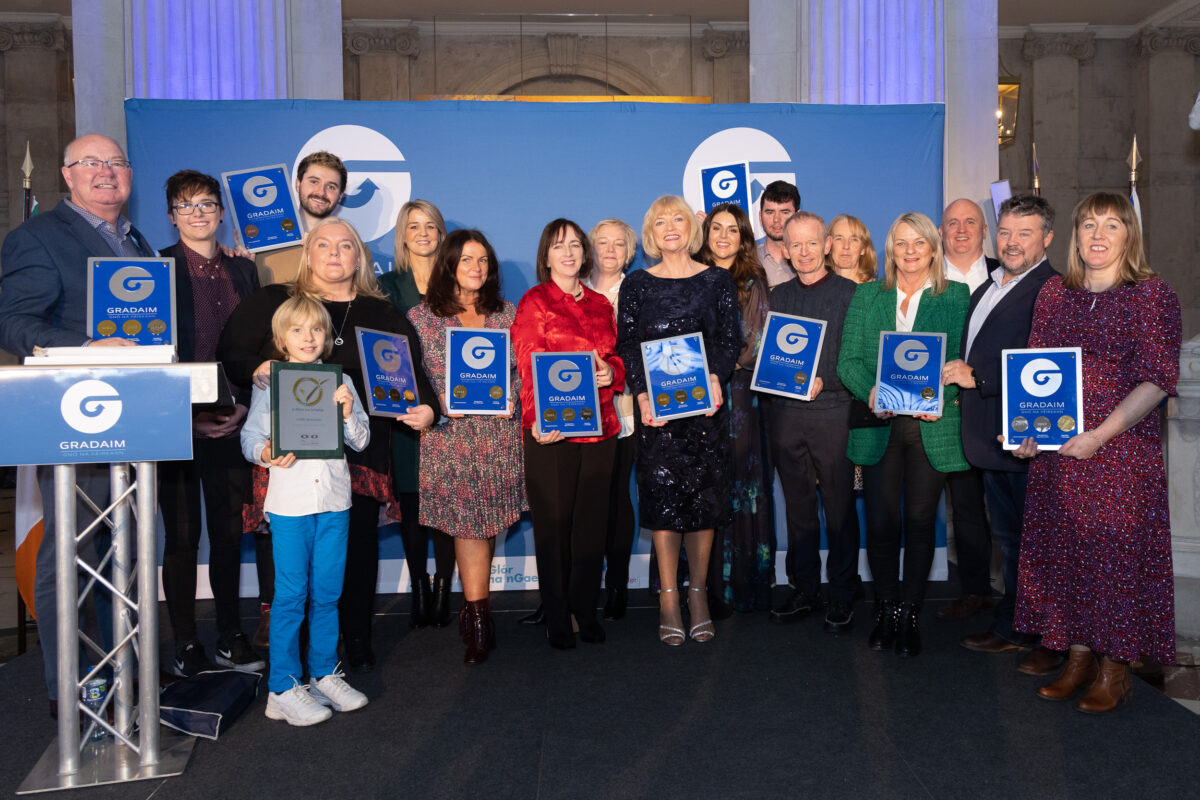 17 companies won gold medals in all the three categories (Signage, Marketing and Branding, Service in Irish) and a remarkable nine came from Donegal, while 49 of the companies were awarded at least one gold medal.

The Donegal companies to win gold medals in all the three categories are:

The full list of award-winning Donegal businesses is as follows: