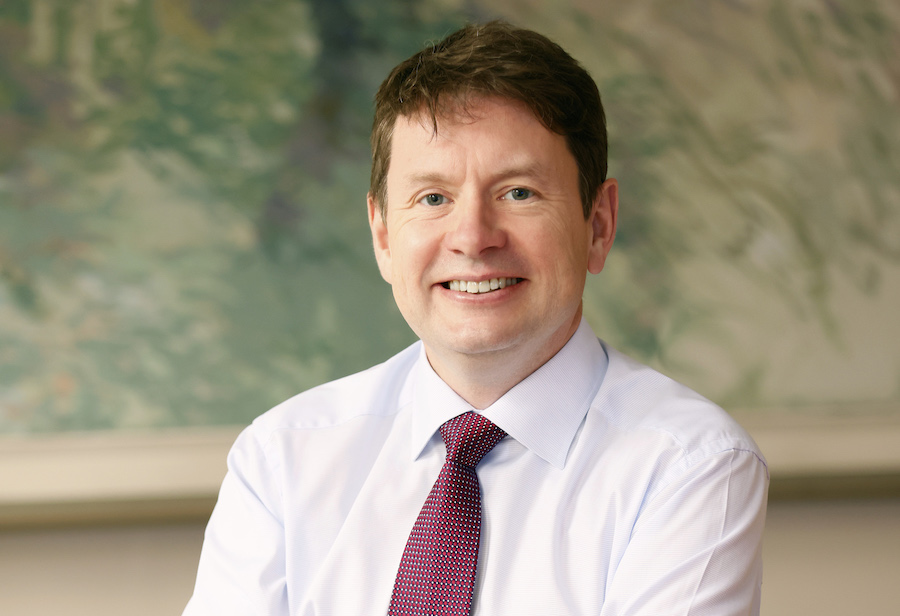 A Donegal-born advisor to leaders of the world’s business community has said he believes Ireland is better positioned than most countries to weather any forthcoming financial storm.

Seamus Hand from Donegal Town sits on the global board of KPMG International Limited, a multinational professional services network and one of the ‘Big Four’ global accounting organisations.

He made his comments in the latest of a podcast series produced by the Donegal Dublin Business Network (DDBN).

The online interviews feature contributions from Donegal people who have made an internationally significant impact in the world of commerce.

“It’s true that there are very serious headwinds facing us economically on a range of fronts at this point in time – geopolitically, energy costs, the massive issue of supply chains, interest rates and so on. But, whatever happens, I do think Ireland will end up doing better – or hopefully, less worse – than other countries”.

“Now, that does not necessarily mean we won’t end up in recession. But I think even if we do dip into recession, it will be short-lived and Ireland will, relatively-speaking, negotiate it well. Crucially, it’s also my view that we will also be very well-positioned to benefit from the recovery that will come afterwards,” the 50-year-old graduate of Dublin City University said.

Hand has been a Partner in KPMG since 2002 and, in addition to his global role, leads the company’s 4,000-strong Irish workforce. The firm provides advice to aviation, banking, asset management companies and a host of other key globally connected business sectors.

The Donegal man spent two years in Australia in the 1990’s after qualifying as a Chartered Accountant.

He said there are a world of opportunities available to young people in Ireland at the moment.

“We are very fortunate to live in a country that punches way above its weight internationally, whether that’s foreign investment – which is a significant factor in our success – or just the quality of Irish business people. I am always struck by the capability of the Irish people I meet across the world, whether that is in client organisations or within KPMG’s own global network,” he said.

The Donegal Dublin Business Network podcast is presented by Ballyshannon-born public relations consultant and sports broadcaster Seán Perry. The in-depth interview is the second in a series that has also featured Frosses telecommunications chief Donagh Kelly.

Edited and produced by Letterkenny man Lochlainn Harte, it can be accessed free-of-charge at Anchor.fm/ddbn and is available on both the Apple and Spotify platforms.

The DDBN draws its membership from Donegal people (or those with Donegal links) based in Dublin. Anyone interested in joining the group should visit www.ddbn.ie for further details and to sign up.