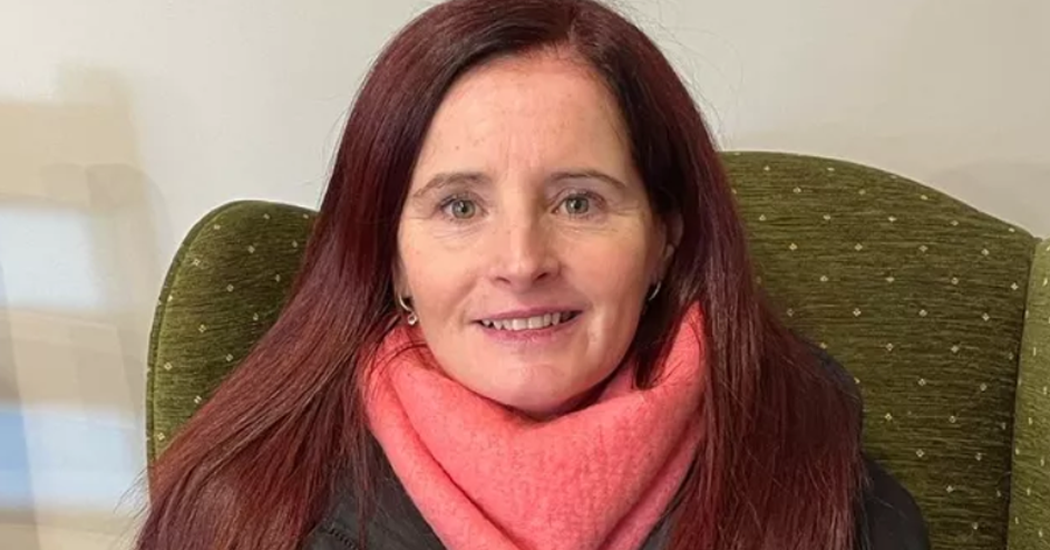 An inspirational Gweedore woman is about to take control over her future hair loss by doing a charity head shave.

Kathleen Griffin, aged 50, is undergoing treatment for ovarian cancer. As she prepares to start chemo, she has decided to say goodbye to her hair on her own terms with a head shave in aid of Donegal Cancer Flights and Services.

Kathleen has availed of the cancer flights from Carrickfinn to Dublin in recent months, and she wants to give back to the charity in the hope of helping others.

Kathleen, who works as a domestic for the HSE, is also raising awareness of her illness to advise people to listen to their bodies and seek answers if you feel something is wrong.

A fit and healthy mum-of-three, she never in her wildest dreams expected to hear the word ‘cancer’ two months ago.

“It started with a pain in my shoulder, they said it was a pulled muscle but when the pain moved down my side I knew there was something,” she said.

Kathleen was sent to Letterkenny University Hospital for scans, and an ultrasound showed a mass on her left ovary.

“I was in total shock,” she said. “I was kept in for biopsies and an MRI. When I got the call to meet the doctor a week later, I knew it wasn’t good news.”

Kathleen was called for surgery at St. James’s Hospital within four weeks and, after a 12 hour surgery, medics are confident that they got it all. She was in the hospital for 13 days in total, nine of those days in ICU.

“That was hard because nobody was allowed in to see me and I was so far from home,” she said.

One major comfort Kathleen got during her travels to Dublin was the cancer flight service.

“I know it’s in the parish but you don’t realise how good a charity it is until you need it. I just can’t praise them enough,” she said.

“If I need anything at all, all I have to do is just lift the phone, even just to talk to them.

“I have a great family, my children and husband have been brilliant, but if I’m ever stuck I know I can phone them.”

When Kathleen was told that she was facing 18 weeks of chemo and that losing her hair was a definite, she decided to turn it into something positive.

On Monday 5th December, at 12noon in Ionad Naomh Pádraig in Dore, Kathleen will be braving her head shave and donating all proceeds to Eitiltí & Seirbhísí Ailse Dhún na nGall. She has raised almost €6,000 so far.

It’s not the first time she has has a close shave either. A number of years ago, when she couldn’t run a marathon but still wanted to raise money for good causes, she shaved her head for Donegal Cancer Flights and her boys’ secondary school.

Kathleen says she has been overwhelmed by the support she has received since her diagnosis.

“My family, my husband, my boys and everyone in the parish have been amazing. I can never thank everybody enough.

“It’s a tough road to be on but they have shown me that I am not alone.”