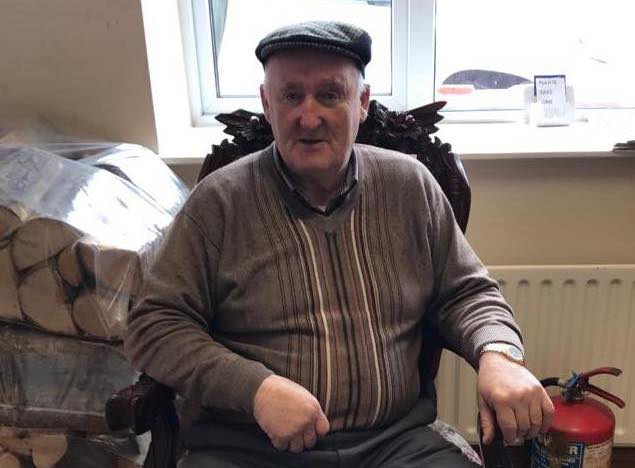 There is a huge outpouring of grief for the late businessman Eddie Tinney who passed away suddenly earlier today.

The Letterkenny man, who was in his late 70s, died following a tragic accident while working at lands at Tullygay on the outskirts of the town.

He was rushed to Letterkenny University Hospital following the accident around 11.25am but unfortunately passed away a short time later.

Mr Tinney was a giant in both business, farming and local politics in Donegal in recent decades.

A modest man, Eddie was a well-known figure about the Cathedral Town in his red pick-up truck and always had a smile for the many people who greeted him.

Not a man for sitting back when there was work to be done, Eddie was working right up until his untimely passing earlier today.

Staff at Tinney’s Oil and Coal on Letterkenny’s Port Road paid tribute to the man who ran the business and made it such a huge success story over the years.

A message featuring a picture of Eddie sitting in the office at the yard simply said “Heartbroken and devastated. RIP Eddie.”

Messages of sympathy are flowing in on social media for Eddie who was a hugely popular figure about the town and county.

Deepest sympathies are expressed to his family including wife Theresa and children Cecelia, Johanna, Patrick and Edward.

Details of Eddie’s funeral have yet top be announced.