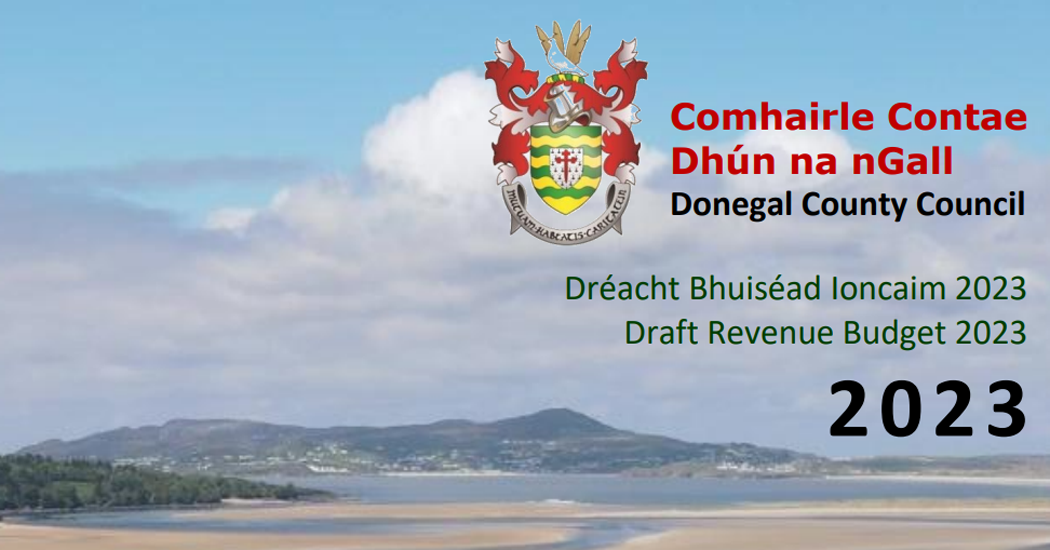 Donegal County Council has passed its 2023 revenue budget after an afternoon of talks in Lifford.

The council is planning to spend €175,555,907 next year via what was described as a “challenging budget”.

The budget takes into account the recent surge in inflation costs and the consequential cost on running the business of the council. For example, electricity costs have already increased by over 200% in 2022, and the council expects the price hike to reach 241% by 2023.

It was agreed that the budget would not seek increased commercial rates from local businesses. The council’s rates have been left unchanged since 2019 and it was decided that they would remain the same to allow businesses to deal with the wider inflationary pressures. However, given the five consecutive years of no increase in Commercial Rates, it is expected that Commercial Rates will need to increase in future years.

The council is anticipating income of €136,718,848 in 2023 from a range of services and sources including Local Property Tax, rents, fees, charges, loan repayments, grants, recoupments, Internal Capital Receipts (ICRs), reserves, and NPPR charges. The balance of €38,837,059 will be funded from Commercial Rates.

Addressing councillors today, Chief Executive of DCC Mr John McLaughlin said that the draft budget also takes into consideration the many external factors that might affect the work of the Council and the development of the County over the next five to ten years in particular – including a focus on the Northwest Region including the Shared Island initiative by Government along with the international inflationary pressures and effects from the war in Ukraine.

Mr McLaughlin said that he believes the Council has struck a good balance between establishing a solid sustainable financial position and, at the same time, ensuring that expenditure provisions are sufficient to enable the delivery of required services and to fund work that supports and develops the County and economy at local level.

With regarding defective concrete blocks, Mr McLaughlin said that he hoped the government’s enhanced scheme for private properties can ” deliver significant progress in 2023 and beyond”. Mr McLaughlin said the Council has made a submission to Government seeking approval and funding to repair its stock of 1,000 social houses with defective concrete blocks. . It is hoped that approval to begin repairing these houses can be obtained in 2023.

Road transport and safety account for the largest share of expenditure in the draft budget for 2023, with €55,182,543 allocated to this division.

The council ran €7.7million over budget in 2022 due to increased expenditure on roads, energy costs and housing maintenance. The local authority also saved €2.2million this year on reduced spending in administration and service support costs.