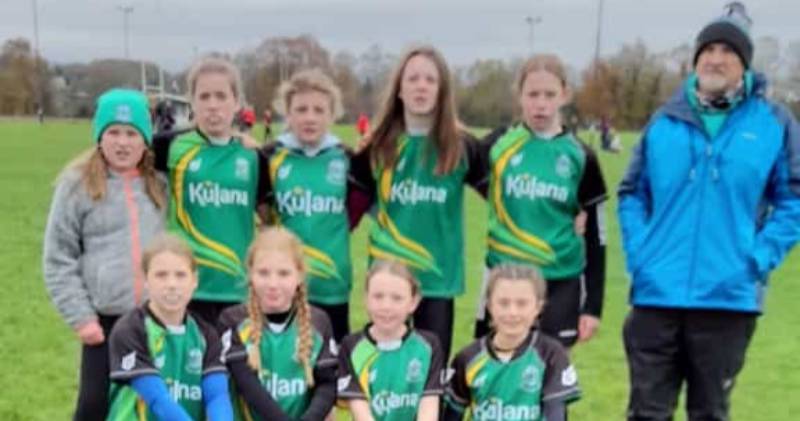 Finn Valley U12 girls travelled to Ballymena on Sunday to take part in a rugby blitz playing several games with some Ulster clubs.

The girls had a fantastic first game defeating a weak Larne who were up against it, playing the vastly experienced Finn Valley team.

The Finn Valley girls scored a number of great tries and debutant Rebecca Gallen sprinted half the length of the pitch to score her first try.

Throughout the last season, this U12 team played and beat all teams in Ulster, and had some very close matches, with two of the matches decided by one try.

The next game was greatly anticipated as the U12 team took on the Ballymoney side. The evenly matched sides started off well and as usual the match swung to and fro.

The Finn Valley side gained momentum with a tremendous side-stepping run by Lily Park who beat four players and sent Kate McMenamin in for the opening try.

Jessica Gibson then made a magnificent break to dot down for another try, however the referee adjudicated that she had not grounded the ball properly. Ballymoney came up the field and scored to equalise the score.

Ruby McGee had a great try after running half the length of the pitch to beat three players to dot down.

Not to be outdone Jessica Gibson scored a similar try two minutes later to put Finn Valley in lead. Lilly-Mae Patterson then completed the scoring in the first half when she burst through two tackles.

The second half started badly for the Donegal girls, with Ballymoney scoring two tries from close in.

The Finn Valley girls went on the attack once again and Katie Moore scored a fine try bursting through two tackles after good work by Kate McMenamin who had a great game. Rebecca Gallen charged through to dive over the line for her second try of the day.

Ballymoney answered back scoring another good try. Heads didn’t go down and with five minutes from the end Jessica Long charged through for what turned out to be the winning try.

The game ended with a 1 score margin; what a match and watched by over a hundred people as both sides were expected to put on a great performance, and they did not disappoint.

A great game and thanks to the Ballymena referee who did a brilliant job looking after two very competitive teams. Thanks to Grace Parke who came along to support the team even though she was injured and couldn’t play

After this display Finn Valley have now proved that they are still the best team in Ulster.