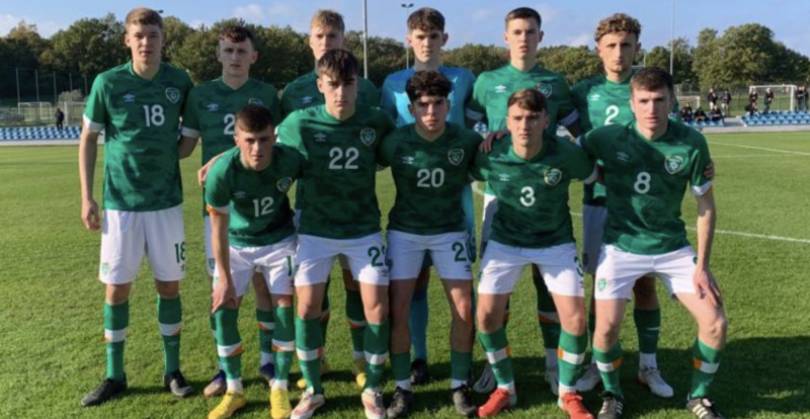 Fintan Doherty kept a clean sheet as the Republic of Ireland Under-18s rounded out their tournament in Croatia.

Ireland drew 0-0 with the hosts this morning, as Doherty kept their only clean sheet of the tournament in his only appearance.

Ireland defeated Sweden in their opening game last Tuesday with a 3-1 win with two goals from Mark O’Mahoney and one from Joseph Gribbard.

They then lost 5-3 to Denmark in their second game on Friday, with goals from Justin Ferizaj, Joseph Gibbard and Kevin Zefi not enough in high-scoring game in Poreč.

Doherty, who plays for Derry City at underage level, is a former Bonagee United Academy player.