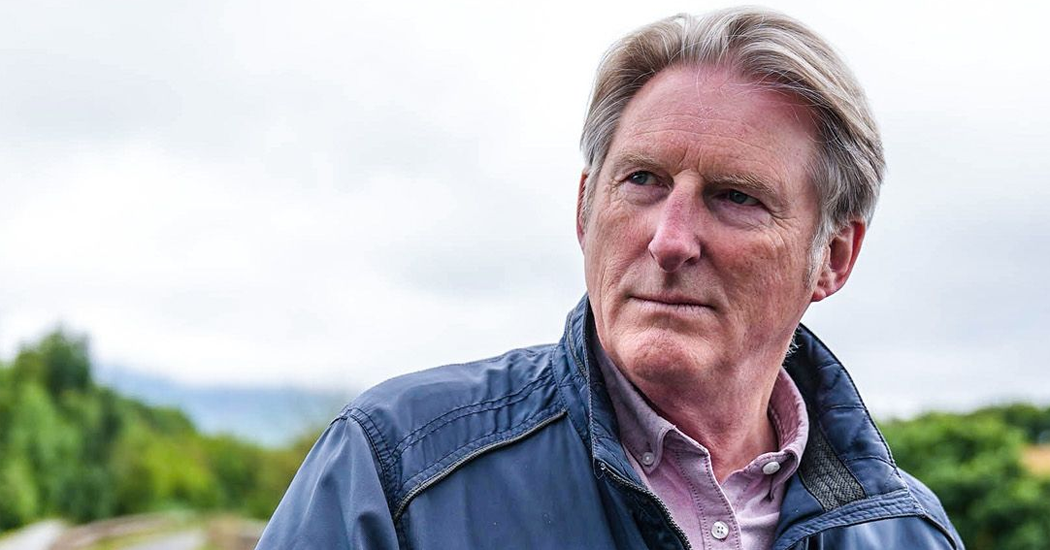 Actor Adrian Dunbar has revealed his special connection to a spectacular area of Donegal.

Dunbar, who stars as Ted Hastings in BBC’s Line of Duty, took a poignant trip to Sliabh Liag cliffs this year while filming his new Channel 5 travel series Adrian Dunbar: My Ireland.

The series, which airs tomorrow, follows Dunbar remembering a late friend, John Keegan, who he visited the cliffs with as he neared the end of his life.

Keegan, an accomplished stage and screen actor from Belfast, passed away and in 1998 his ashes are scattered at the foot of the towering Donegal cliffs he loved so dearly.

It was fitting then, that Dunbar’s tour of the island for ‘Adrian Dunbar: My Ireland‘ started at Sliabh Liag.

The Enniskillen actor told the Radio Times why he decided to share his memories of John on camera.

Dunbar said: “When we decided that we were starting in Slieve League, nobody else but me knew what connection I had to Slieve League. It’s a very spectacular place, but nobody really knew that I had other connections to it with my friend, John Keegan.

“And I thought, if I’m here, by way of kind of marking the significance of this place to me, I will tell the story of John – how he came when he was young to that spot, he travelled as far west as he could and then many years later, on his final journey, he decided to go there as well and we accompanied him, which is a real privilege,” he says.

“So I just thought, it’s a good way of marking the fact that this is a lot of the time a very personal journey for me as well.”

Dunbar shares his fascination with Ireland throughout this new series in a relaxed and conversational style programme. See the first episode, focusing on Donegal’s Wild Atlantic Way, this Wednesday 23rd November at 8pm on Channel 5.