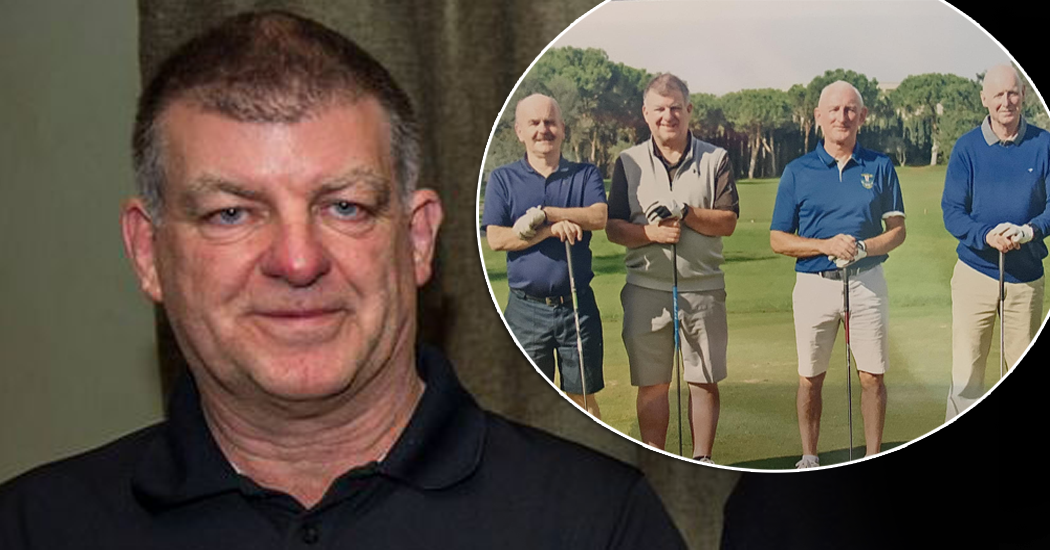 Tributes are being paid to a much-respected Letterkenny golfer who died suddenly on a golfing holiday yesterday.

Mark Doherty, a native of Strabane, fell ill during a trip to Portugal with his fellow members of the Letterkenny Golf Club.

Mark got into difficulties on the 8th hole at the Dom Pedro Millennium GC and in spite of heroic efforts from many, he could not be saved. He passed away in hospital.

The 63-year-old lived in Letterkenny and ran a tax and accountancy service. He is survived by his wife Anne and their son Ciaran.

Members of the Letterkenny Golf Club have been mourning Mark both here and abroad.

A tribute from the club said: “Mark is a long time member of Letterkenny GC and served on committee for many years. He guided the club in his role as treasurer through difficult years.”

A minute’s silence was observed at last night’s Committee of management meeting in recognition of his contribution.

“On the field of play Mark was a quality golfer still playing of a 10 handicap. He won everything that could be won but his greatest satisfaction came in being part of the winning Ulster Cup team in 2010,” the tribute continued.

“Our thoughts are with Mark’s colleagues ( mainly club members ) who remain in Portugal and who are shocked and saddened at what has happened. Mark has been a regular on this trip since the beginning almost 20 years ago. We wish the group safe home in the coming days.

“Our sympathies go to Mark’s wife Anne, his son Ciaran and the wider Doherty family. Also to his cousin Diarmaid the Club’s PRO. Rest easy Mark.”