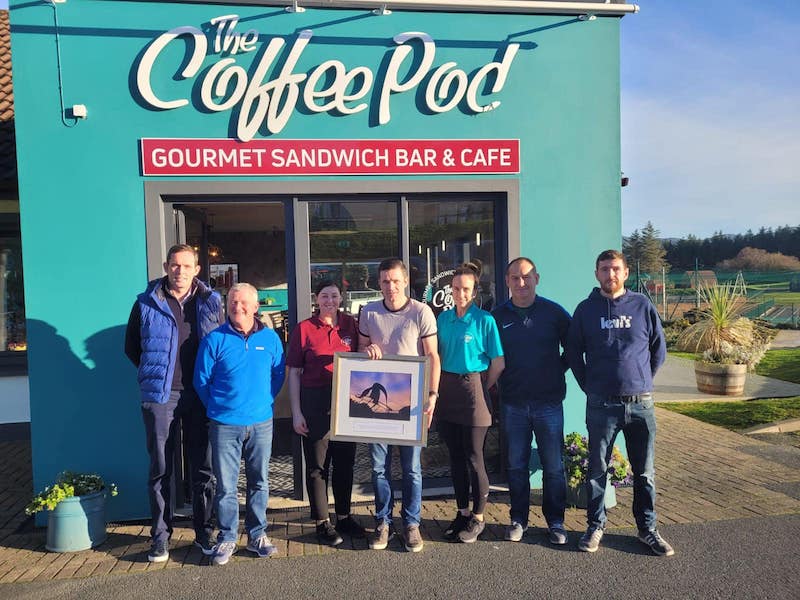 None more so than the staff and owners of The Coffee Pod, just one hundred yards from the scene of the blast.

Manager Siobhan Carr and staff were literally thrown into the disaster and it was all hands to the pump.

The staff ensured that all the emergency services, reporters as well as the local community would not have to worry about food as they coped withy the tragedy.

Not just that but the cafe did not charge a single cent for refreshments. 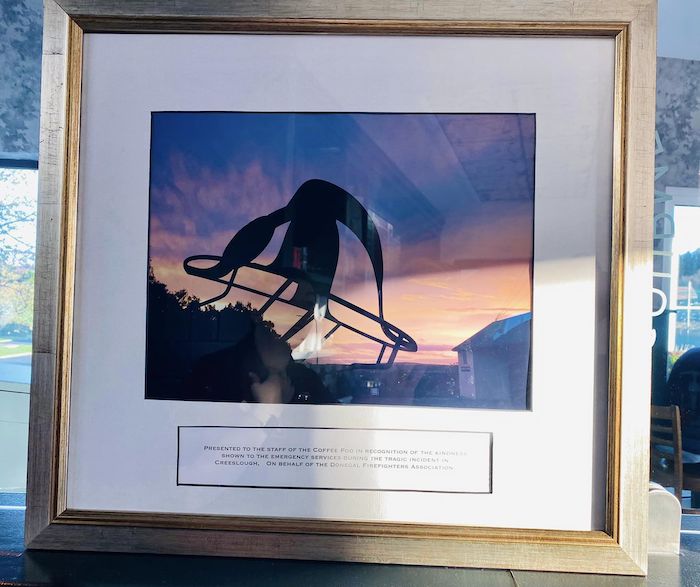 The stunning picture of Letterkenny Fire Station presented to Siobhan and staff.

But it was not only the kind gesture which brought so much comfort to many in the hours and days of despair immediately after the tragedy.

It was the manner in which they dealt with people with all staff showing a deep sense of humanity, kindness and ultimately friendship for the many people who found themselves wandering through their doors.

Members of the Donegal Firefighters Association paid a stunning gesture to Siobhan and staff by presenting them with a picture of the Letterkenny Fire Station this week.

The powerful picture was taken on 9th October by Brian McDaid.

It was a gesture and a picture which spoke a thousand words. 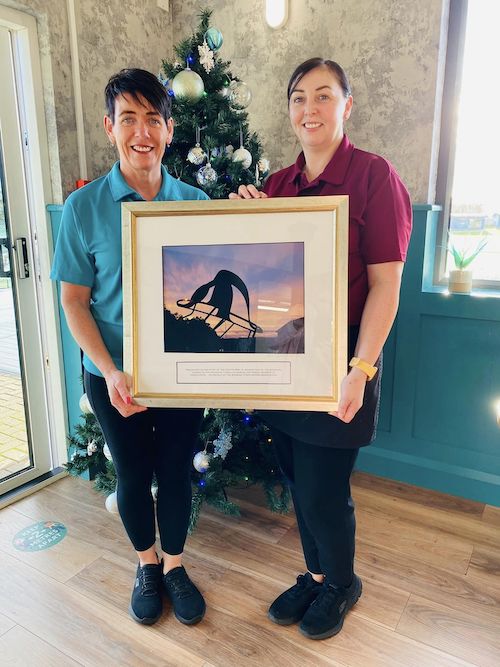