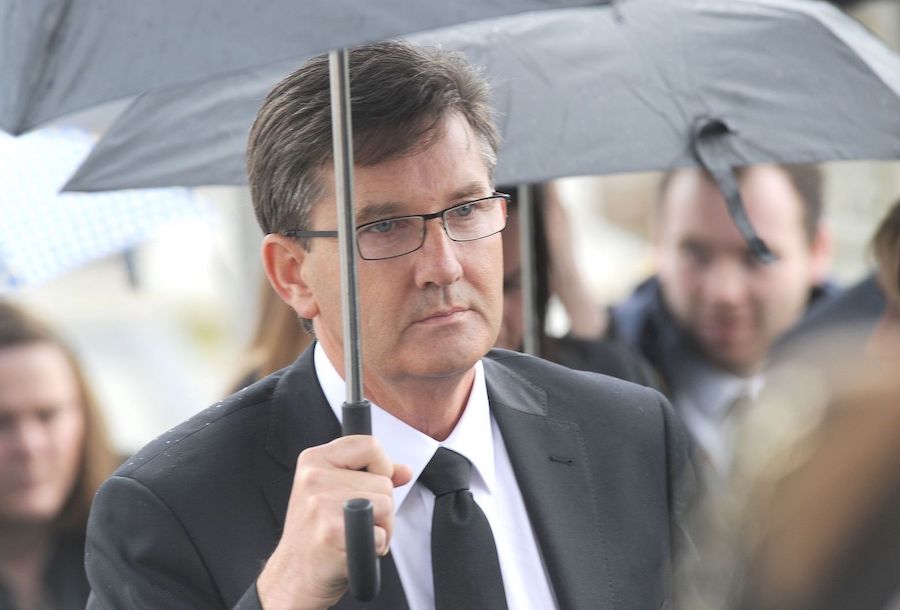 Emotional Daniel pours out his heart to people of Creeslough

Daniel O’Donnell has poured his heart out to the people of Creeslough after meeting them for the first time since a huge explosion ripped the heart from the Donegal community.

The singer was invited to perform at the last Novena of Masses for the Deceased at St Michael’s Church in the village on Friday night.

Daniel and wife Majella flew in especially for the mass from Branson, Missouri, in America to commemorate the ten people killed in the tragedy and all those who have died in the village this year.

The entertainer was invited to perform a number of songs at the mass by his lifelong friend, Fr John Joe Duffy, the priest whose words has comforted so many since the disaster on October 7th.

At the end of the mass, Daniel was invited to say a few words and to perform a number of songs for the congregation.

The clearly-emotional star said he simply did not know how the people caught up in the tragedy are coping.

But he said he wanted them to know that so many people have the in their prayers around the world.

And he urged them to continue to pray so that they could see these lost loved ones again some day.

“I have no others words, other than to let you know that people all over the world contacted me about you. Places that you wouldn’t even believe I got messages from,” he said.

“I am only saying what you have been told already but it is important that you know that not alone was Donegal or Ireland holding you up, the whole world was holding you up and is holding you up because prayer doesn’t stop but neither does the pain stop or the memory of the tragedy.

“It doesn’t stop so I know these people who are praying for you at the time and many of them are still praying.

“If we hadn’t prayer at times when we need it most I just can’t imagine how we will ever take the next step. And I don’t know how the families are taking steps. I don’t understand how.

“I think we need to remember too that if we have any belief we should know that we will one day be face to face with the people that leave us.

“Be they leave us when we think their time is right or it’s way too soon, I think that something that if we don’t believe then the sadness we have in this world would not be bearable, we would not be able to bear it.”

At the end of the Novena mass, Fr John Joe Duffy lit a total of 31 candles and placed them in front of the altar.

A total of 29 of the candles were for the people form the community who had passed away during the year including the eight local people who perished in the tragedy.

The other two were for Leona Harper, 14, and James O’Flaherty, 48, who lived outside of Creeslough but were passing through and were in the Applegreen Service Station when it exploded.

Fr Duffy concluded the Novena Mass by saying he simply wanted to use the words of young Hamish O’Flaherty who lost his father James in the tragedy.

Among the words of the 12-year-old repeated by Fr John Joe were the lines pleading with people that life is short.

“If I have learned anything it is that we should be grateful for our families because they won’t be there forever.

“Be grateful for your life. It won’t last forever,” said Fr Duffy.