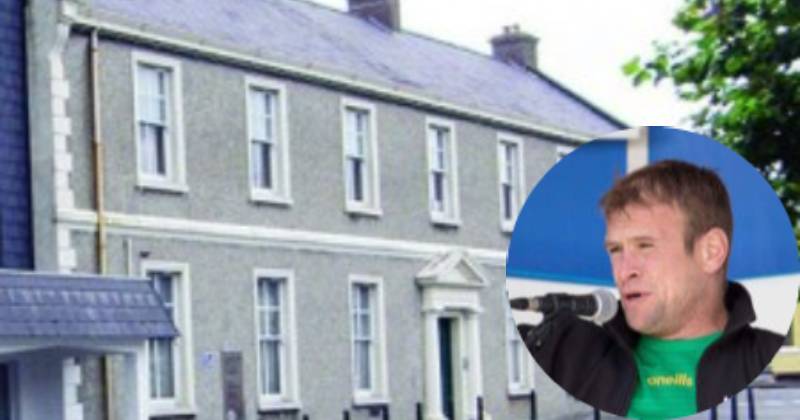 Mica protest takes to Lifford to avoid ‘another tragedy in Donegal’

The Mica Action Group and frustrated homeowners will take to the County House in Lifford tomorrow to send a message and stand in solidarity with those affected by the Mica crisis.

A Donegal County Council meeting is to take place at 11am and active campaigner Paddy Diver is asking everyone to pull together and help to make change in numbers, with hopes to guarantee to get the homeowners out of stage one and on the scheme.

Last month, it was confirmed that Donegal County Council had 1,000 applications pending at the first stage of the Mica Redress Scheme.

At this point, just 372 had been approved as eligible and 636 were awaiting further information or were being assessed.

“We are disgusted at the lack of election,” Diver told Donegal Daily.

”We’re watching Mayo and they’re flying through the schemes and there’s hundreds here stuck on the stage one applications and it’s not good enough. It’s gone on too long and we’re making a stand. We’ve done the nice protest and nobody is listening, we’re going to have to cross the line. They’ve thrown us to the wolves so we’re going to have to take this stand.

“It’s sad that it’s come to this stage because it probably ends up with guards involved and the homeowners don’t want this, but they have to stand up for their families and themselves because the last thing anybody wants is another tragedy in Donegal.”

Diver is hoping the protests will help homeowners get on the scheme which will allow €15,000 grants released to those affected to help them find temporary accommodation leading up to Christmas and the cold winter months.

“There’s people looking for modular home that are living in houses that are damp, the world leading expert Andreas Leeman was appalled at the way the Irish citizens are living, he was in the house for 20 minutes and started coughing and had leave it.

“We know the DCC have passed a motion in May 2011 for emergency accommodation, nobody’s standing up and doing anything. We’re looking for the €15,000 that’s allowed to the homeowners for their accommodation to be released to the people.

“They don’t want to get to the stage where the house is condemned, which some of them are. If the money is released now it cuts out the problem and they can go out and live until the scheme gets going.

“My heart goes out to the Ukrainians but at the same time, people are sitting back watching €6 billion being spent on emergency accommodation in hotels and apartments in Donegal for Ukrainians and there’s not one penny spent to the biggest crisis that’s ever hit Donegal, with people living in condemned houses and damp houses with water coming in through the roofs.

“My appeal is pull together here, we can make change in numbers. The outcome we’re hoping is we can be guaranteed to get the homeowners out of stage one and on the scheme.”