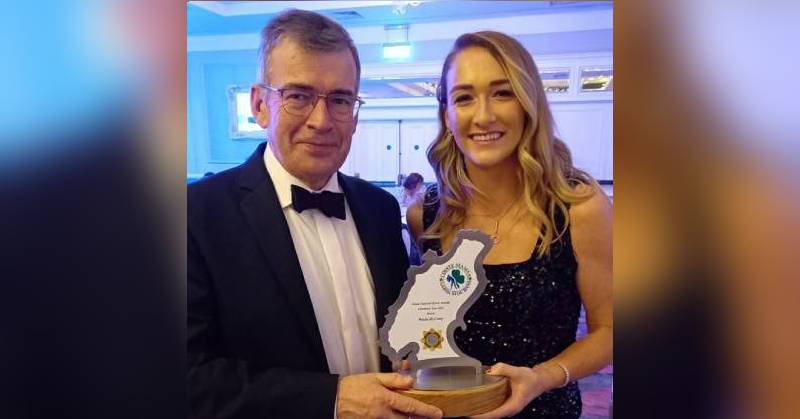 Donegal Garda Paula McGrory was the winner of the soccer award at the National Garda Awards.

Paula, who is stationed in Carrickmacross Garda Station, plays for Sligo Rovers and is vice captain of the An Garda Siochana women’s soccer team.

Paula was a regular starter in the Sligo Rovers team who finished 8th in their debut season in the Women’s National League, scoring five goals for her side.

She recently took over the role of captain in the USPE European Police Championship in matches against Czech Republic, Germany and the United Kingdom.